This week’s Chronicle of Higher Education has three pieces on protecting philosophy departments from budget cuts. All currently paywalled, they include an interview with Amy E. Ferrer, Executive Director of the American Philosophical Association (APA), an article on “how to help your department avoid the ax,” and some tips on supporting philosophy on campus.

Sally Scholz, chair of philosophy at Villanova, describes some of her efforts to bolster philosophy there, including: 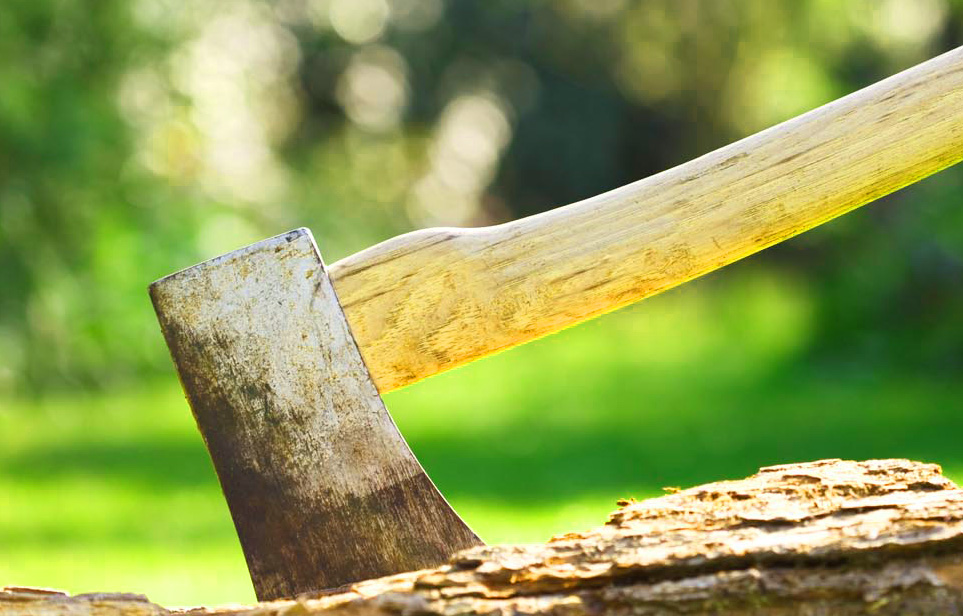 This is a great warning in any number of contexts…Report

Most of Scholtz’s suggestions will work wonders at high school as wee. In particular, making sure the guidance department knows what to say ab the philosophy courses that are offered at the high school. I have had to fight to make sure guidance isn’t discouraging students from taking phil bec “it’s too hard” or “it’s not necessary” or they simply don’t understand what it is! I advertise my courses with bulletins board displays as well has handouts for gr 8 students and any prospective high school students.Report

Off-topic: Craig, I have some funding to help high school teachers who are teaching philosophy courses or want to teach philosophy courses. One of the tools we’re able to offer to help increase the interest of philosophy classes at the high schools is offering transferrable college credit through the University of New Orleans as part of a dual/concurrent-enrollment program. We’ve also done things like run one-day weekend discussion colloquia or 1/2 day seminars at the high schools. I’d love to talk with you further about what you’re doing now and if I can help you at all. If you’re interested, please email me at csurpren[at]uno[dot]edu.Report

From the POV of someone whose small private institution eliminated its Philosophy and Religion program (my tenured job included) in 2015:

1. I second the “get involved earlier” — by which I mean two things:

a. Start aggressively entangling your program in things they won’t get rid of NOW (become essential to Education, to Business, to one of the more popular STEM disciplines, etc.), before anyone ever whispers the word “prioritization” or any of its cousins in your presence. Be *required*. Also: Start recruiting in local High Schools — run Quiz Bowl/Ethics Bowl competitions, for example, that get students on campus and involved with YOU. Follow all of the very, very good advice given in the articles mentioned above about marketing your program to people who don’t know what philosophy is or why they ought to study it, and keep helping the Admissions people until they get it. The harder you are to get rid of (procedurally, bureaucratically) the better, especially if you are also bringing in enrollment in some way. Philosophy can no longer survive as a discovery major. Be aware, however, that success in recruiting majors on campus without entanglement in other “safe” programs could be to your detriment (see next point).

b. Once a prioritization study is announced, get on the committee(s). No one will fight for your program under the typical prioritization model except you. The process as it usually runs encourages silos for self-defense, and the people who might otherwise be your allies will be fighting for their own survival, not yours. They will throw you under the bus to save themselves, because that’s what the process incentivizes. I don’t mean to claim that this is the plan, only that it is the observed effect. Remember: a school with shrinking enrollment and very few majors across the humanities is a school in which all of the humanities programs are competing for the same slice of an ever-smaller general education pie. This is the context in which program bus accidents occur, even if you are recruiting more majors. Bluntly: the institution will sell you out to put numbers back in the English and History classes if they feel that they have to. Why? Here’s one reason: Education (subject to a host of state accreditation rules, which makes it a pain to maintain AND a pain to cut) needs English and History classes to run, and if killing off Philosophy puts students back in those classes so they can run at the budgeted minimum number or above, then Philosophy’s probably going to be pining for the fjords in short order, regardless of the quality of the program itself. The minimum numbers needed for courses to “make” are what they are for financial reasons, not pedagogical reasons.

2. Be informed about the relationship between enrollment, endowment and other funding, and accreditation at your school, particularly if your faculty body overall is mostly mid-career or senior. A smaller private school, for example, isn’t going to be around long if they’re staffed for 800 or 1000 students and consistently enroll below 600 over several years running, especially if they’re buying classes with steep tuition discounts and don’t have absolutely perfect retention (follow the closing and reopening of Sweet Briar, to see what this looks like, even if the school is “saved”). Once a school has to contemplate using endowment money to cover budget shortfalls due to low enrollment, their accreditors start getting nervous, especially for the many smaller, more isolated private schools that are under-endowed. Down that road lies closure (see Dana College, closed in 2010, for an example of the scenario that I’m describing here). In order to avoid the worst case, small private institutions turn to force reduction, and programs get cut not because of merit judgments, but because they can be spared in order to enable the elimination of tenured positions. Philosophy, unfortunately, can almost always be spared (so: see 1(a), above). Some schools (see Drury, for example, in MO) cull the untenured and keep the programs, which works if you’ve got a fair number of untenured folks around. Others (like my own employer) don’t have that luxury because most of the faculty are already tenured, so they cut/consolidate “unnecessary” programs to get rid of line(s) in addition to eliminating non-tenured and probationary positions and strongly encouraging retirements. A snapshot of the problem, if you haven’t read (or don’t remember) this IHE article from 2015: https://www.insidehighered.com/news/2015/10/29/wartburg-college-and-other-liberal-arts-institutions-make-drastic-cuts-challenging

This is what the situation looks like for those of us at the small schools. It’s not getting better any time soon.

My, this is cheery! Back to filling out job applications!Report

advertising and swag, do folks really think they can avoid the neo-lib borg by acting at entrepreneurship? that just makes it easier for them to work you into their schemesReport

I didn’t understand any of that. I detect sarcasm, but can’t even tell where it’s located. Genuine confusion. What does neoliberalism (even mean in this context or) have to do with this? Which schemes?Report

have you really missed the push by companies (and their allies in state govts) to turn taxpayer supported higher-ed into job training facilities and cutting programs/costs that don’t suit their needs?Report

Nothing listed as “solution” in the article is really so, just an attempt to game existing funding system in this or that way, culminating in (for me) offensive and outrageous 1)a) “idea” from the @LNB of “entangling” Philosophy in matters that are NOT Philosophy and hence won’t be cut. You want other members of community, alumni and donors mad at you-just follow such scheming path.
Now to the true solution: Landscape of scientific and educational funding is fast changing due to the technological revolution and poor state of Governmental abilities (to just keep people safe and alive, never mind fund something). Those first on the chopping block, like Philosophy are the ones who must think fast on their feet, be limber and jump to the new funding paradigm in order to survive. On long term during such changes being first to jump means not only survival but great advantage for considerable time to come while other, fatter ones come to grips with it too. That is the future. So, let go of the shrinking Governmental sausage and daringly jump into the new reality. Yes, that may mean some lean times and Ramen for a while. However, your existence will become independent of the School and Government. Freedom. Worth it. Hints at the new funding mechanism: Kickstarter, Indegogo, Patreon, social networks,… reach out, win direct support (provide content back for support, this funding is NOT something for nothing like School/Government-you must feed back weekly if not daily). Can be done. Ability, persistence and quality are needed, technology provides the method.Report

All these are good ideas, no doubt. But it seems to me that attempting to promulgate these strategies in a pay-to-read forum limits their reach, both to the profession and to the general public. Perhaps this is even illustrative of why philosophy has so little influence with and on the public in general: philosophers can be very insular, whether within their AOS, their department, or academia more generally. You cannot proselytize if you stay within the pay-walled groves of the academy all day.Report

For me marketing starts with the design of the product, not with the selling of it.Report

As for marketing the fact that water in a bottle makes billions annually says something about the power of message over content. Of course, the fact that the largest drug cartels for the last many decades are Coke and Pepsi should have told us something leading up to that.Report