What Is It Like To Be A Philosopher? has published an interview with Jenny Saul, who is professor of philosophy at the University of Sheffield, blogger at Feminist Philosophers, and 2011 winner of the Distinguished Woman Philosopher Award.

As usual, the interview includes interesting information about the subject’s upbringing, education, and work. One thing that comes through in the interview is her early cynicism about academia and the philosophy profession, and the contrast with her more positive outlook now.

Interviewer Clifford Sosis (Coastal Carolina), asks her about growing up in an academic family. She says:

I think one of the most useful things about coming from an academic family was that I had a pretty cynical view of academia. I didn’t ever think it was a meritocracy, and I had some idea of how badly people might behave. I was still a little shocked by some of what I came across, and I remember telling my father that what I was seeing was much worse than anything he’d seen. Then he told me some of the stories he’d kept from me when I was younger.

He then asks about her experiences as a graduate student at Princeton. She replies:

my entire time at Princeton, I was terrified to open my mouth, for fear of being thought “stupid”. This was not helped by the fact that, at that time (Princeton, early 1990s) it was quite normal for faculty and grad students to sit around the lounge talking about who was “stupid” amongst the grad students. At the time I thought this was a great environment—so many smart people, so much great philosophy, and surely being pushed to excel was just what happened in grad school.

I was unable to get the critical distance at the time to see what a terrible environment Princeton was, and what a bad effect it was having on my confidence. I felt that my inability to cope was a personal weakness. I didn’t really fully realise how corrosive the environment was until I became Director of Graduate Studies myself at Sheffield, and had what seemed at the time an amazing flash of insight about how to create good and bad environments. Looking back, I have trouble understanding how the problems failed to be obvious. But this experience has made it very vivid for me how hard it is to understand a bad situation when one is in it.

Now, she finds herself happy at Sheffield, which she describes as “one of the world’s friendliest, most pluralistic departments,” adding:

At first, I was confused by the discussions, since nobody was trying to destroy anyone else.

So there is the possibility of improvement.

About trends in the profession, she adds:

I am extremely excited by the interest analytic philosophers are starting to take in the social world. There’s so much fantastic work going on, and a great community of philosophers doing it. 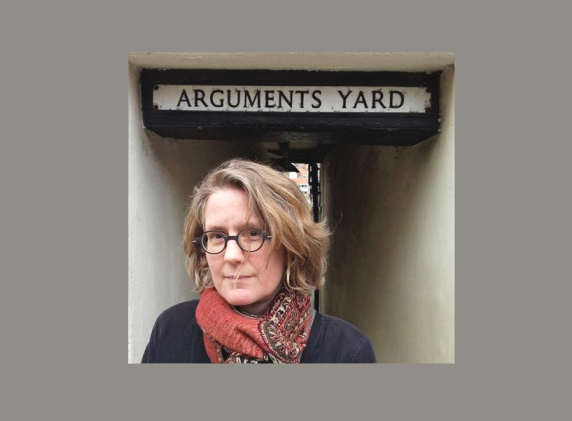 Back in 1968 I talked to Richard Rorty and he had some of the same criticisms of Princeton’s philosophy department. That does seem like a terrible atmosphere and clearly no grad student who was accepted at Princeton could possible be stupid or even of high average intelligence.Report

What a shame. I understand some competitiveness and arrogance from philosophy graduate students, but to sit around with faculty and talk about who is “stupid” is going way too far. If I were the one being talked about I would be devastated.Report

Although not something philosophers and philosophy students should do, I think deciding who was, let’s be kind, not suited to be in grad school, etc, has gone on forever. It happened back when I was in grad school (70’s-80’s) and surely was limited to Princeton. It just the way of the world in academe, I think. I can also remember faculty conversations wherein colleagues were rated like this. Not pretty, but maybe human nature in an environment such as academe. I certainly do not excuse nor encourage it.Report

I went to grad school in the 60’s at Notre Dame and this was not happening there. I hope it is not prevalent and that Princeton is an exception even among the top schools. Some grad students may be weak relative to PhD students in philosophy,but certainly not stupid. However, some might lose self-confidence and drop out although they could have been successful and perhaps provided insight in counterfactuals.Report

My impression is that things are much better at Princeton now. I certainly hope this is true. I carefully limited my description to the time that I was speaking of.Report