Should ethics professors be held to higher ethical standards in their personal behavior? A post on that topic by Eric Schwitzgebel (UCR) at The Splintered Mind (which I had put in the Heap of Links last week) asks that question.

Schwitzgebel doesn’t have a firm answer, but takes up various considerations along the way to his conclusion that it is a “multi-dimensional” problem. Here are the relevant factors, he thinks (these are just bullet points; see the full post for details).

Today, Eric Schleisser (Amsterdam) posted a reply to Schwitzgebel at Digressions and Impressions. Schleisser says that some philosophers—well-known ones—act as “aggregators” or representatives of the profession, and it seems that they can be more stringently held to ethical standards:

Aggregators tend to be powerful within the profession, and (without exaggerating their public influence) in virtue of their professional accomplishments also consequential in the policy environment. There are considerations of public prudence that enter into the evaluation of and expectations on Aggregators, who are subject to all kinds of temptations from massaging their message (or selling out) to taking advantage of various ‘success goods.’ Because considerations of prudence tend to be situational, I tend to constrain them in light of an appeal to integrity (which is a mixture of coherence, substantive norms, and role-relative demands).

You can see the rest of his post for further elaboration.

My brief take on this is that the talk of “ethical standards” here is ambiguous. It could either mean (a) something roughly similar to commonsense morality and (commonsense) supererogation, or (b) the philosopher’s own moral ideas.

To see this, imagine a philosopher, Ed, who defends egoism. Ed is an akratic egoist, though, and most of the time can’t help himself from acting altruistically. In short, Ed behaves largely in accordance with commonsense morality—better than most people, we could suppose. Would as many people believe that Ed is falling short ethically?  I doubt it. That would mean that (a) is doing the relevant work.

If so, we can ask why philosophers whose moral views are not (a) should be held more strictly than others to standards that are (a).

I suspect that both Schwitzgebel and Schleisser would say that they shouldn’t. Rather, they’d say (b) is the relevant sense of ethical standards.

In that case, they’d have to complain that Ed is falling short ethically—at least in this one way. And the same would go for akratic holders of all sorts of unusual views, not to mention any metaethical anti-realists who think their anti-realism has nihilist normative implications (not all do, of course). This goes not just for akratic holders of such views, but also what we can call “inept” ones—one’s whose intentions are aligned with their moral views but who cannot adequately plan or carry out their intentions.

Suppose they accept all of that.

These are psychological characteristics that are largely out of people’s direct control and which we should have no reason to expect are affected by philosophical training. (Nor, I think, do we have reason to think that philosophy selects for strength of will or, uh, “eptness”.) And if there is no reason to expect that philosophers are better equipped to live up to their own ethical standards, I don’t see the basis for holding philosophers more strictly to them than we hold ordinary people to theirs.

There is another interpretation of “ethical standards” one might have in mind: (c) the true moral theory.

Insofar as philosophers are trained to seek the truth, or at least what we have most reason to believe, we might think that they are more likely to have knowledge of the true moral theory. And insofar as we can assume they are just as akratic and inept as everyone else, we can expect them to act in accordance with the true moral theory as much as everyone else conforms with their (false) theories.

If so, we could have a basis for thinking that philosophers should be able to act more morally than others and to hold them to that higher standard—not because they act more frequently or to a greater degree in accordance with their moral ideas, but because their moral ideas are more likely to be true.

But for (mainly epistemic) reasons that are too much to go into in this already overlong blog post, I don’t think that (c) is plausible.

So, since there is no reason to hold ethicists more strictly to commonsense morality, nor to think that they are more likely to have the psychology that allows them to act more consistently than others, nor to believe they have happened upon the true moral theory, I think the answer to whether ethics professors should be held to higher ethical standards is no. 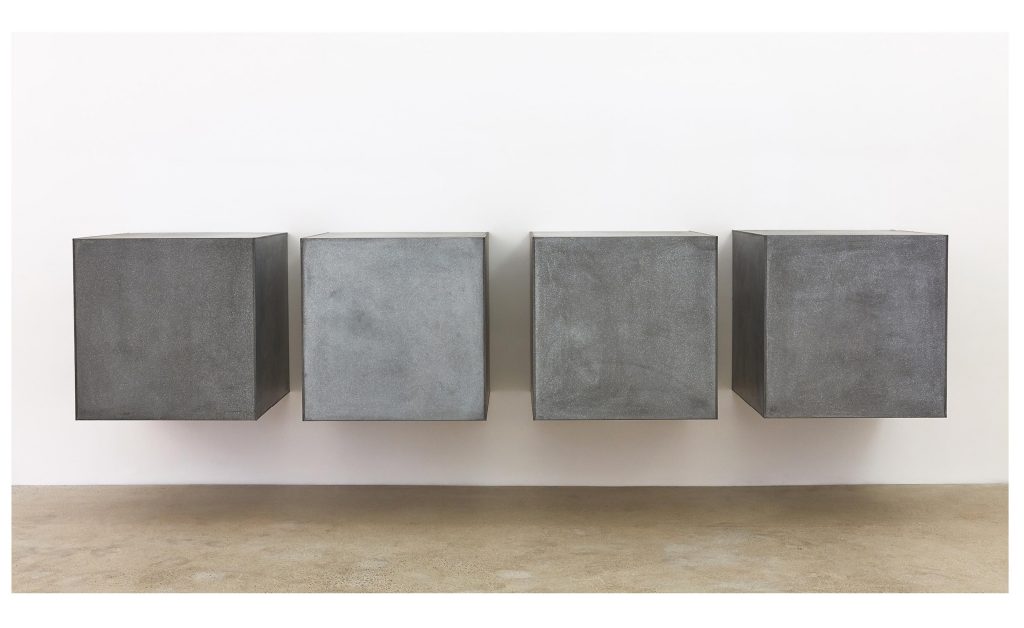 I’ve never really understood charges of hypocrisy.
As you point out, the failure to achieve one’s own ideal actions is something that happens to pretty much
So why is hypocrisy even something that we use to negatively evaluate someone?Report

Exactly. Further, it doesn’t seem fair to hold someone to ideals.
I argue similarly here: http://www.philpercs.com/2015/06/3-cheers-for-hypocrisy-.html

Hypocrisy aside, contra Justin W I do think we should hold ethicists to higher moral standards. There seems to be good reasons to think they are more psychologicallly capable of sticking with their ethical views BECAUSE of the nature of their position. Because they are constantly being pressed on their view in print and in class it seems that they should feel the force of their view much more clearly. If true, then they are not on par so to speak with others regarding their ethical decision making. Seems like a worst moral failure to NOT act in accordance with your views when you are reflecting on these views MUCH MORE than your average person.Report

George Schlesinger once asked me, when I complained about the immorality of ethics professors, whether I expect a mathematics professor to be geometrical.Report

Or an arts critic to be a good artist.Report

I have to dash off to a series of meetings, but just to clarify, I intended something more like (c)! The true moral theory, or the moral facts, or if “truth” and “fact” sound too robustly realist, some appropriately watered-down version of that. So my pushback on this one is going to be on the penultimate paragraph, which is the issue that you reasonably set aside.Report

Thank you for your spirited response to the two Eric Ss, Justin! I think you are right about me that I would defend (b), but I think you may be a bit quick to dismiss (b). For, while I agree we have no reason to assume philosophers are less or more akratic than others (even if I had not read John Doris, I am not allowed to assume that because of my methodological analytical egalitarianism [MAE insists on motivational homogeneity unless there are social causes/norms, etc. that explain otherwise]), I have quite a bit to say about the institutional design such that we ought not put Aggregators — which is the special class of philosophers I am interested in — in akratic-likely situations. (Of course, in reality we still do so, but may theory is, in part, normative and a call to change incentives and norms!) My most recent response to Schwitzgebel was, in fact, motivated by his relative lack of interest in institutional design (although he is interested in social epistemology).
Having said, when I speak of ‘prudence’ I often also mean what you mean by (a)–so the ways in which (public) philosophy deviates from common sense is, in fact, itself a central issue.
It’s not that I reject (c), because I allow that for some aggregators to embrace (c), but I have to admit that it’s not what is driving my position.Report

It hadn’t occurred to me to consider differential situational influences in this context, maybe in part because I don’t think we have reason to believe that philosophers in general are less likely to be in akrasia-facilitating situations than other people (and, given various features of academic life and work, I’d bet they were *more* likely to be in them).

But as you say, you don’t mean this as a descriptive claim, but as a normative program. Put aggregators in situations in which it’s more likely that they’ll act ethically. Example: keep paying Peter Singer tons of money, that way it is easier for him to give away most of his income. Right? Or perhaps: keep aggregators in the limelight, so that the extra scrutiny will incentivize them to be good? (“The price of fame”?). And then these aggregators can represent philosophy and serve as exemplars for the rest of us.

Is this an argument for why having philosopher superstars is good for philosophy?

Re: “when I speak of ‘prudence’ I often also mean what you mean by (a) –- so the ways in which (public) philosophy deviates from common sense is, in fact, itself a central issue.” I’m curious about this. Is it that it’s prudent for philosophers to either hew close to commonsense morality (or to show how despite revisionist appearances their moral views are actually consistent with commonsense morality)? And is this prudence ‘interest-in-maintaining-stature prudence’ or ‘interest-in-getting-to-the-truth prudence’? The former seems anti-philosophical, while the latter seems to give more than just prima facie credence to commonsense morality.Report

What does it mean to hold someone to an ethical standard in the first place? Is this a statement on when we can morally denounce another person, a statement about what a person should do (isn’t that just ethics?), or something else?Report

Surely it is a comment on judging others. Is that not what ethics and ethical standards are designed to do? Or, anarchy, ethical anarchy is A-OK? “We can’t judge others” is different than “we have moral standards that are reasonable and that we expect others to abide by.” Elsewise, gang, mob standards are OK? In short, holding one to an ethical standard simply means, “follow boundaries, respect reasonable limits on your behavior, and act as if you were not the only person on earth.”Report

Maybe it’s worth thinking about some dis/analogous cases:
(a) a good doctor who is sick all the time due to self-negligence and lack of self-care;
(b) a financial adviser who doesn’t practice the kind of financial advice she herself dispenses to clients [of similar networth];
(c) a personal trainer who does not work out or train a lot;
(d) a formerly world-class tennis player who doesn’t quite play like she us to but uses her expertise to coach others.