Philosopher Todd May is one of three Clemson University professors who have begun a six-day fast to pressure their school’s administration into speaking out against the Trump administration’s January 27th Executive Order on immigration, according to reports at The Chronicle of Higher Education and Inside Higher Ed.

“What we want to do is put pressure on the university to join numerous other universities to issue a statement opposing the Muslim ban… At this point the university is refusing to do that,” says May, according to IHE.

Clemson president James Clements had signed on to the American Council on Education (ACE) letter regarding the order, which says that the signatories wish to “express our concerns” about the order, but in fact the letter does not express any specific concerns about the order. That was not enough for May, nor for biology professor Mike Sears,  communications professor Chenjerai Kumanyika, and 14 other professors and students who have signed up for shorter fasts. 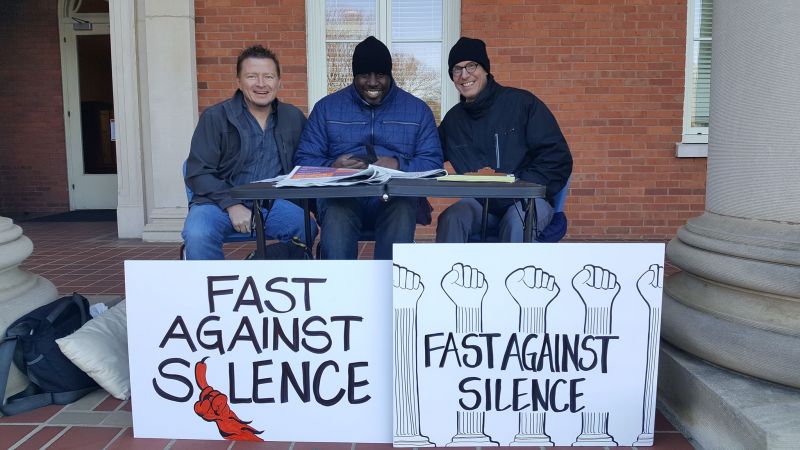 photo from Inside Higher Ed