Can science help us answer philosophical questions? Hanoch Ben-Yami, professor of philosophy at Central European University (CEU), in an interview at 3:AM Magazine, suggests that the question is too broad. The answers are different for different scientific inquiries.

For example, on neuroscience, he says no:

Brain research can make no contribution to traditional philosophical questions. These are conceptual, not empirical, and therefore no empirical discovery can shed light on the issues they involve.

Yet in regards to special relativity, Ben-Yami says yes:

Insights gained from Special Relativity help here. Discussions of temporal order in Special Relativity support the claim, most strongly argued for by Reichenbach, that there’s an objective temporal order between two events only if there is causal order between them. More specifically, if one event can influence another than it does not occur later than the other. Where such causal influence doesn’t hold either way, there is no objective temporal order between the events. Given the finite ultimate speed of the propagation of causal influence in Special Relativity, namely, light’s being the fastest signal, this results in some events, so called space-like, not being objectively temporally ordered relative to each other. Causal precedence determines temporal precedence. But in backwards causation we assume that the influencing event is later than the event it influences, which is a contradiction.

And sometimes science—at least in the form of technology—leads philosophers to develop mistaken answers:

The automata with which Descartes was familiar convinced him that life is a material phenomenon, and he came to think that there’s no special, immaterial principle of life, an immaterial soul. On the other hand, these automata made it inconceivable for him that a machine will either exhibit the flexibility in behaviour that we do, adapting our responses to indefinitely many circumstances, or that it will be able to respond to questions put to it according to their meaning, again the way we do. He therefore ascribed these two capacities to an immaterial mind.

In this way Cartesian dualism came into being, the product of the achievements and limitations of the technology of the age. Only with a later technological breakthrough, the invention of the digital computer, were Descartes’ arguments successfully challenged, and we witnessed the rise of materialism. 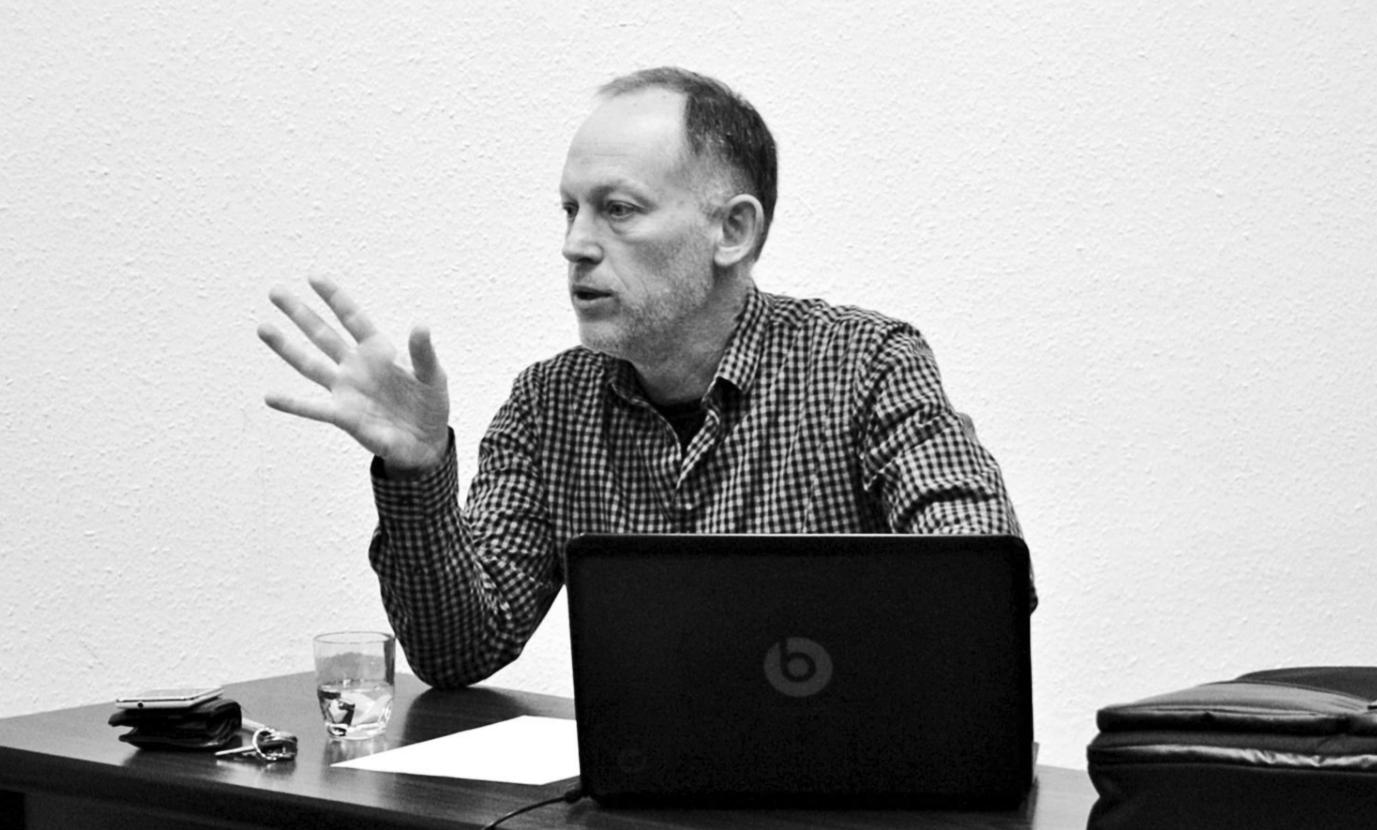 In my studies I have never once learned anything of philosophy from an empirical science. This is a rather small survey sample but it seems significant to me.

I thought Democritus came up with Materialism quite a long time before Descartes, while the comment about time seems to add nothing to our philosophical understanding. To blame Cartesian dualism on the technology of the age is an idea too far for me and it does not compute. It is not even clear that he did endorse dualism in the way his followers tend to claim. .

There are no important philosophical questions that can be answered by scientific empiricism, although they can be raised. I do not see this as a matter of opinion but as an elementary and unfalsifiable fact of philosophy. I struggle to grasp why anyone would think otherwise. If we think otherwise then we would have to explain why the sciences have failed so completely to make progress on any of them. It makes me mad every time I see this daft idea that we can solve philosophical problems by poking things with sticks. Horses for course, as they say.

In short my answer would be none, since philosophy is prior to science.

Is it possible that the current trend for scientists to attempt to annex philosophy is a sign that they have reaiised the narrow limits of their methods and are beginning to see the value in ours? Perhaps it is philosophy-envy. That would be a turn-up.Report

Unfortunately, I don’t think it’s philosophy-envy, more like science snobbiness. The idea is like, “Look at that field of philosophy, they think they can think their way through problems. How naive are they? We have the only reliable and true way of dealing problems. We’re going to show them!”Report

I think most reasonable scientists would say, “Of *course* science does not help answer ‘traditional’ philosophical questions. Nor *should* it try. It’s not *meant* for that.” Why some “scientists” (and I am putting quotes here, because I wonder really how much of a “scientist” is e.g. Stephen Hawking?) insist on trying to answer philosophical questions is a problem for themselves and their therapists. On the other hand, that some “philosophers” seem to think they can sufficiently answer questions that require proper scientific experiment and analysis, without needing to do any (I’m looking at you, Dennett), is at best hubris, and at worst, delusion.

The two disciplines need to come to terms with the fact that they do different things for different reasons, and stop trying to imitate each other. I don’t know any writer of historical fiction who is openly insecure about the fact that she can’t identify the core principles of good class and method design in Java. I know of no programmer who is horribly beside himself, because he can’t make a contribution to our understanding of medieval political structures. The fact that scientists and philosophers are constantly and very publicly wringing their hands about exactly this kind of problem, stinks to me of a deep confusion in academia, and I’m not even in academia.Report

This is a weird observation on Dennett, even in its own terms. If anything, Dennett is “guilty” of trying to answer philosophical questions with scientific methods, not vice versa. (Of course Dennett would also completely reject the bright line you’re drawing, and rightly so.)Report

All of the sciences can help answer philosophical questions.Report

“What is the nature of matter”, “how do bodies move in space”, and “what is the essence of species” were “traditional philosophical questions” for thousands of years. The only reason we don’t call them philosophical now is that so much progress was made in solving them that the activity of solving them ended up redesignated as its own discipline.Report

David – It seems very generous to give so much of philosophy away. Matter, motion and space are philosophical problems because they cannot be explained without venturing into metaphysics. The discipline that studies these things is, was and always will be metaphysics. It cannot be any other way. Perhaps the the problem of species is an exception but even this is debatable. Except perhaps for this one I see no reason for these problems to be re-classified as scientific. Nor do I see any evidence that the natural sciences have made progress on solving them.Report

You’re welcome to say that there are still issues about the nature of matter or space on which modern physics doesn’t bear (I don’t agree, but it would be another discussion). But it’s just a matter of historical fact that the sort of questions about motion that were answered by Descartes, Galilei and Newton and that form the basis of classical mechanics, or the sort of questions about the composition of matter that were answered by the atomic hypothesis and the evidence for it, were classified as philosophy and written on by philosophers until comparatively recently. To look at seventeenth-century Europe – let alone Athenian Greece – and to try to split intellectual endeavour into “philosophy” and “science” – is anachronistic. The fact that we classify Descartes and Leibniz as philosophers, and Newton and Galileo as physicists, isn’t on the basis of any distinction not based on hindsight.Report

I’d agree about the artificiality of the distinction, and see it as an unhelpful one. But the question here assumes the distinction and asks whether philosophical questions can be answered empirically, where the implication is that this means by the evidence of our senses. All the work by Descartes, Galileo and Newton did nothing to solve the problems of motion and change. These are meta-physical problems.Report

But who gets to define “philosophical” here? My point is that the way it was defined by the philosophers of Renaissance Europe and ancient Greece and Rome definitely includes a lot of questions that nowadays fall under physics, chemistry and biology.Report

I think entertaining this question is unproductive. Science is, and will always be, natural philosophy. The question of the difference only serves as an attempt to trivialize one catagory of knowledge over the other, where the catagories themselves are imaginary.Report