A project is underway to create an online interactive version of the William Ernest Hocking Library, a collection of philosophical works housed on Hocking’s estate in the mountains of New Hampshire.

Hocking (1873-1966) was a philosophy professor at Berkeley, Yale, and, primarily, Harvard (where he held the Alford Professorship of Natural Religion, Moral Philosophy and Civil Polity). His library at his “West Wind” estate was rediscovered and publicized in American Philosophy: A Love Story, by John Kaag (University of Massachusetts, Lowell).

According to a fundraising site for the project,

This project will recreate his library, not just as a listing of catalog entries, but as an interactive digital space where visitors can peruse the shelves and open books to read the text and the book owners’ notes or inscriptions. A single inscription might also serve as a jumping off point to explore other aspects of the library or topics related to the field of American philosophy. Clicking on a name or excerpt from the handwritten notes could bring the visitor to a detailed description of the meaning behind the words or a biography of its writer…

For example, William James’s holograph annotated copy of Kant’s Kritik der Reinen Vernunft contains a list of 33 topics in the back that James recorded during his readings of the Kritik. Each of these topics will be layered as clickable objects, sending visitors to specific page numbers referenced, as well as supplementary information that provides greater context. Each of those annotations can be enlarged from the text and, through a background web of complex metadata, the user will be able to see connections to other annotations and passages in this book, as well as connections to other books annotated by James or other authors. For example, annotations in this work on specific philosophical themes will be viewed alongside the holograph annotations that Josiah Royce made in his copy of Kant’s Critique of Judgment and other works. 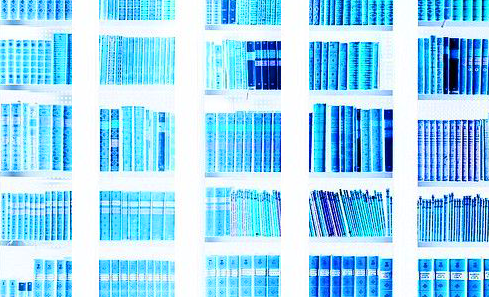