Ingrid Robeyns, professor of philosophy and holder of the Ethics and Institutions Chair at the Utrecht University, has won a 2 million euro grant from the European Research Council to pursue her research on “limitarianism” over the next five years. 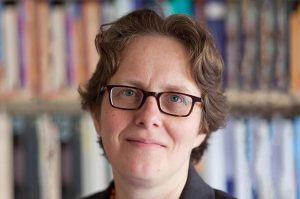 Her project is called “Can Limitarianism Be Justified? A Philosophical Analysis of Limits on the Distribution of Economic and Ecological Resources,” or Fair Limits, for short. Here is a little about it:

Inequalities in wealth are significant and on average increasing, and various ecological sinks and resources are overused. These circumstances should prompt us to rethink what fairness entails in the distribution of economic and ecological material resources. In particular, are there good grounds to opt for upper limits in the distribution of those resources? Are there, from a moral point of view, certain limits in our appropriation or use of material resources that should not be crossed? Can we say, either individually or collectively, that at some point we are polluting too much and using too many natural resources, or that we are having too much wealth? If so, why—and if not, why not?…

The Fair Limits project will not only push the boundaries of the philosophy of distributive justice, but also pose some fundamental questions of the contemporary dominant paradigm in thinking about justice. Methodologically, this will be done by developing methods for normative political philosophy in non-ideal conditions. In addition, Fair Limits also entails a critical dialogue with non-liberal philosophies, such as Confucian philosophy, African Philosophy, and Indigenous philosophies, to reconsider the soundness of basic assumptions in contemporary liberal theories of justice. Fair Limits thus has the potential to contribute to a paradigm shift in philosophical analysis of questions of distributive justice.

You can learn more about the project and the award here. 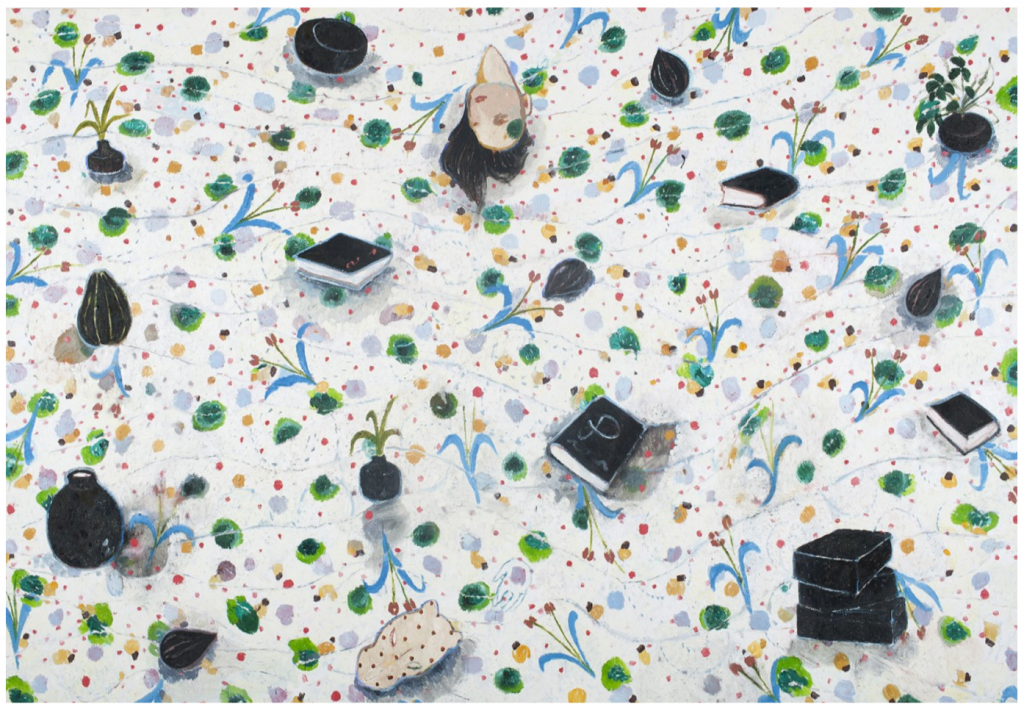 Oh, the irony. Philosopher receives TWO MILLION EUROS to study whether having too much wealth is a bad thing. LOLReport

Because Ingrid is now a millionaire? I didn’t realise that’s how grants worked.Report

Greg — Why is every comment I’ve ever seen you leave on this blog and other philosophy blogs so unkind? Why no helpful suggestions, or patient counterarguments, or good-natured levity, but just harsh, snickering, cynical posturing over and over and over again? I’m actually serious. Why?Report

Save yourself the trouble, and just block me already.Report

A. Avila
Reply to  Greg Gauthier

2 million euro for 5 years? Is that an “immoral” amount of money? I don’t think so.Report

I’m not sure I understand what “limitarianism” is. Robenyns writes: “Are there, from a moral point of view, certain limits in our appropriation or use of material resources that should not be crossed? Can we say, either individually or collectively, that at some point we are polluting too much and using too many natural resources, or that we are having too much wealth?” If I am not mistaken, *every* minimally plausible theory of fairness entails that there is some limit to how various resources should be distributed; the limit, of course, depends on what theory one accepts. So what is at stake here? Has anyone ever claimed that “limitarianism” is false?Report

Aha, got it! Limitarianism is the view that “it is morally objectionable to be rich” and Robeyns has received TWO MILLION EUROS for defending this idea. Great!

You seem intent on finding a problem with this award. First you second-guessed the ERC and its reviewers about the nature of the project, and now you’re attempting to turn the surface-level irony of the award into a moral objection. It’s kind of weird.

Maybe you should just read her work?Report

I have read the first 20 pages of her paper “Having Too Much”. It is a great paper! I now feel I understand what Limitarians believe, and I agree that this is an interesting idea worth serious attention by philosophers.

Having said that, I still feel it is somewhat odd to give two million euros to a researcher for defending the idea that it is morally objectionable to be rich. If you want to defend this idea, you should probably make sure that you do not profit from it yourself. (Example: Do not accept any royalties and honoraria for your speeches and books, etc.)Report

“Having said that, I still feel it is somewhat odd to give two million euros to a researcher for defending the idea that it is morally objectionable to be rich. If you want to defend this idea, you should probably make sure that you do not profit from it yourself.”

A few things:
(1) Robeyns is not personally enriched by €2m via this grant. That is not how grants work.
(2) “Profiting” is not the same as “being rich.”
(3) Even if Robeyns “profits” from this grant, it is unclear whether that would put her above the relevant threshold.
(4) Even if it puts her above the relevant threshold, it doesn’t follow that staying above that threshold would be wrong for one or more of several reasons:
(a) Robeyns defends limitarianism as a political doctrine, rather than a moral one, and so her view is at least compatible with the idea that it is permissible to remain above the threshold in the absence of institutions that would encourage widespread compliance with the limits.
(b) One could argue that during periods of injustice or “transitional justice” (like now, from her point of view) different norms apply.
(c) One could take a consequentialist approach to limitarianism which could be compatible with some remaining above the threshold in order to maximize the number of those beneath the threshold.

I’m all for the attitude that allows us to see the humor in a huge amount of money being awarded for a research project against amassing huge amounts of money. But if you are advancing a moral criticism of a fellow member of a profession you need more than a joke as its basis.Report

This just in: capitalist societies use money as a resource allocation mechanism.

Saying “X wins a 2M euro 5-year grant” is really saying something like “X wins 4 2-year post docs, 2 graduate scholarships, 50% of a junior administrator’s time, and a 50% teaching buyout, over 5 years”. It doesn’t usually have any implications for personal income.Report

Isn’t it closer to the truth to say that capitalist societies use the *market* as a money (=resources) allocation mechanism?Report

If the headline read Ingrid Robeyns gets funding for 2 post-docs and 3 doctoral students over 5 years alongside some admin support and teaching relief (or something similar) to study inequality and resource distribution I don’t think we’d be seeing the same kinds of undermining comments. If you have an issue with the way that the ERC or EC distributes research funds then please make a case in that direction.Report

What David Wallace and Darian Meacham said. I got some flowers from the Dean and that will be the only “additional income-in-kind” as far as I know. There is no need to worry that I will become “rich” according to the conceptualisation that I defend in the paper that Justin linked to (of course, according to Peter Singer’s view, or on a relative metric of affluence, I, as well as most people reading this, will probably count as ‘rich’, but that’s another issue – I defend a context-dependent but absolute measure of ‘richess’ in the paper).
As was suggested above, the main material benefit will be jobs for postdocs and PhD candidates, that we will be able to organise and attend talks and conferences, as well as start a dialogue on the assumptions of mainstream theories of justice between philosophers from very different corners of the world.
Evidently, I’m all for more philosophically informed debate on whether there are any convincing justifications to limiting wealth, and if that comes with a discussion on the irony involved in so much money being given to a team supervised by one scholar, so be it 🙂Report

Ah, philosophy. Just never fails to fulfill the stereotypes.
Shall we start again? How about something like this:

What a great project by one of the discipline’s leading political philosophers. This is indeed an under-theorised topic and very timely, given looming ecological disaster and grotesque disparities in wealth all over the world. It also has the potential to breath much needed new life into distributive justice debates, which have flattened out recently. This is a really exciting initiative.

I have been proposing a cap on wealth for 5 or 6 years.
I’m thrilled to see there is a whole branch of philosophy devoted to it!
It should be self evident that no human being “earns” much less deserves 100 million dollars, much less 150 billion.
That is simply insane.
Have they found a cure for cancer? Have they solved the energy crisis? Have they invented a perpetual motion machine? Can they raise people from the dead?
If not, they should not have that kind of money under their control.
Furthermore, all units of currency represent to some extent the energy it took to create that unit of value. Since 95 to 98% of that energy has come from the burning of fossil fuels, it stands to reason that the more money you have at your disposal, the more money you have spent, the greater your personal responsibility for climate change.
That person will have to bear the commensurate costs associated with it and the longer the crisis goes on, the greater those costs will be.
We should also assume that the 30 TRILLION dollars of CASH stored in offshore accounts is to a large extent the result of illegal activities, just as was assumed recently with regard to Cyprus banks and the Russian mob.
That money should be embargoed unless and until the owners can definitely prove the money was gained legally.
The banks have knowingly and intentionally laundered TRILLIONS of dollars of money resulting from criminal activities. These are not unfounded allegations. They are FACTS proven in courts of law.
ONE BRANCH of the Bank of Denmark in Estonia laundered over 230 BILLION dollars. ONE BRANCH.
People need to WTFUP.
The world is being ruled by psychopaths and they will destroy civilization and life on the planet itself if they are not recognized and prevented from holding positions of power.
The politicians are only their convenient buffers to take pressure off of them.
And CAPITALISM is the environment that has been selecting for their characteristics of ruthlessness, lack of empathy and conscience and malignant narcissism for centuries, even millennia.
I sincerely hope that Dr. Robeyns will add that element to her research.Report