The following is a guest post* from Loubna El Amine, assistant professor of political science at Northwestern University.

“If a Trump election feels tragi-comical to many Americans, this has been true of elections in our own countries for so long that both the tragedy and the comedy are now lost on us.” 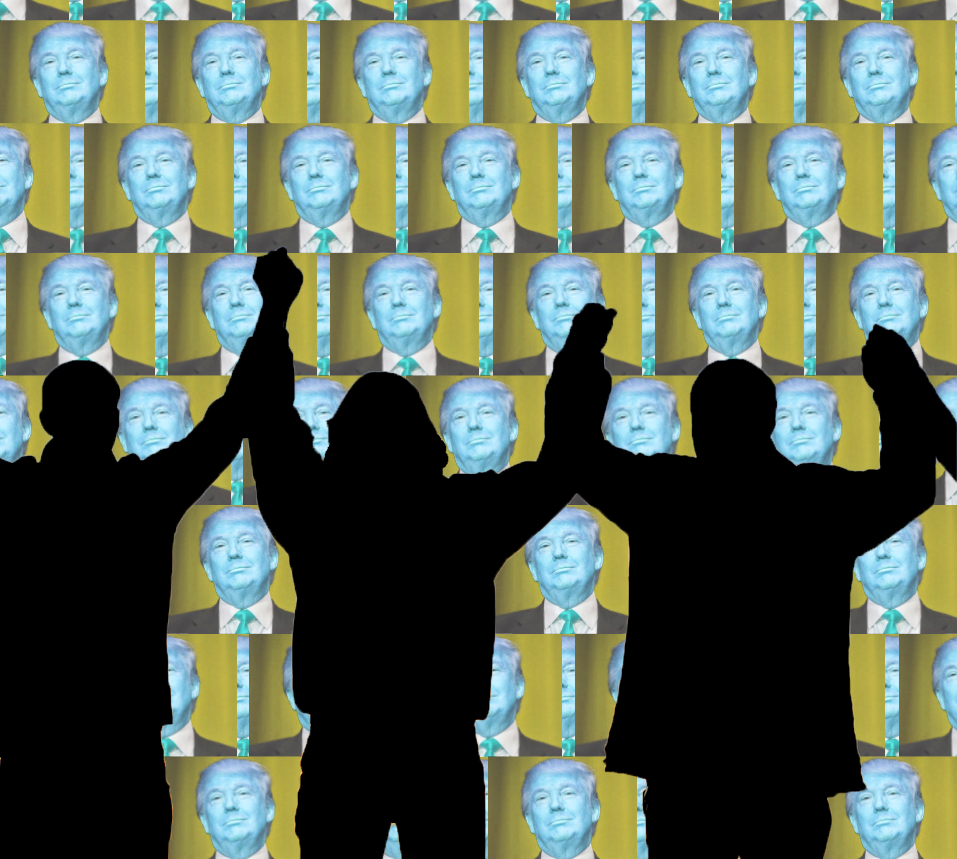 Hoping against Hope: a Perspective on the US Elections from the Periphery
by Loubna El Amine

Like many people in this country, I was dismayed by the results of the US presidential elections and have been pondering them ever since that fateful day of 11/9. But as one almost always does when one lives in a country not one’s own, I feel like an outsider to the politics here, a bit alienated from it; and as one almost always does when one has grown up in a war-torn country (Lebanon, in my case), I feel a bit wary, unable to muster the same amount of anger and passion that my American friends feel.

Responding to calls to give money to groups in the US standing for social justice, I find myself initially rallied up, and then, reflecting on my duty further, wondering whether I ought instead to continue donating to MSF in Syria, or to activist groups working to end domestic violence in Lebanon (I ended up with a donation to groups helping refugees in the US, thereby combining my concern with supporting both the country in which I live, and the people of less fortunate countries with whom I identify more).  This kind of weighing risks treating human injustices and human miseries as the object of a competition of who has more of them, and who is therefore more deserving of empathy. I worry too about schadenfreude as a response to America’s tribulations, the tribulations of empire. And yet I find that my outrage at Trump’s victory is also mixed with a significant dose of long-grown disenchantment.

Before the elections, I heard an American commentator on The Economist radio describing Trump as “more suited in a developing country” than to the US. The idea that developing countries somehow deserve authoritarian leaders is revolting, but this is actually not what bothered me most about the statement. It was the distancing from Trump—as if he parachuted in the US from a developing country—that I found the most incredible. Somehow the commentator refused the possibility that you could have enough people with their hearts and minds in the right place and still end up with Trump as president. Yet it is actually possible to do everything right and still get the wrong result.

America’s idealism is both appealing and alienating. It has always coalesced for me around Barack Obama’s 2008 campaign slogan, “Yes we can.” It was both inspiring to witness the amount of passion that brought someone with his background and commitments to power, and a bit disconcerting to hear that there is a we that is so sure that it can. The slogan was not by all appearances meant to be triumphalist, but I could not help hearing it this way—a semantic manifestation of the American dream.

The chastening of American idealism has already taken place in the past years, with the numerous instances of police brutality directed against blacks, even under a black president. Trump’s victory is another sobering reminder that sheer force of hope and commitment does not always bring about social change. In many ways, I have never felt as much solidarity towards (many) Americans as I now feel. This stems in large part from the concern I share for the fate of the vulnerable communities in the US who will suffer the most from the elevation of a man whose campaign revolved around xenophobic and racist symbols. But this feeling of solidarity also stems from the extent to which I recognize my own disappointments and feeling of powerlessness in my American friends: things did not turn out their way, just like it almost never does for those of us who hail from developing countries.

For we can’t; that has been the truth for many of us born in countries weighed down by stalemate, corruption, divisions, and poverty (not to mention a long history of colonialism—but my interest here is not in blaming). If a Trump election feels tragi-comical to many Americans, this has been true of elections in our own countries for so long that both the tragedy and the comedy are now lost on us. If this feels like an absurd moment in US politics, the absurd is what is normal for us. And to the extent that we search for a beacon of hope, we are actually more likely to recognize one that is not overly, intimidatingly bright, but one that faintly beckons to us to come together and work towards a more encompassing we, even if (or perhaps especially if) it is one that not always can.