Robert Audi, the John A. O’Brien Professor of Philosophy at the University of Notre Dame, has been named the winner of the American Philosophical Association’s 2016 Quinn Prize, the organization’s highest honor for service to the profession.

Over his career, Audi has been a member of and chaired APA committees, subcommittees, ad hoc committees, task forces, nominating committees, program committees, search committees, executive committees, the development committee, and others. He was president of the APA Central Division and has served on the APA board of officers in multiple capacities. Author of numerous books and articles, Audi received his Ph.D. from the University of Michigan and is the recipient of many honors, lectureships, and fellowships.

Cheshire Calhoun, chair of the APA board of officers, said, “Robert Audi became a member of the APA in 1973. Two years later he joined the APA’s Committee on the Status and Future of the Profession and embarked on what would be 41 years (and still counting) of nearly uninterrupted service on one APA committee after another. He’s taken on some of the most important tasks, such as being instrumental in launching the Journal of the American Philosophical Association, and some of the least desirable tasks, such as twice serving on fundraising committees. We honor him now with the Quinn Prize in recognition of his deep commitment and many contributions to our professional society over more than four decades.”

The Quinn Prize is named after Philip L. Quinn, and is “awarded in recognition of service to philosophy and philosophers, broadly construed.” The award includes a $2,500 prize and an engraved plaque. A list of previous awardees can be found here.

Quinn, who died in 2004, was a previous holder of the very same titled professorship at Notre Dame now occupied by Audi. 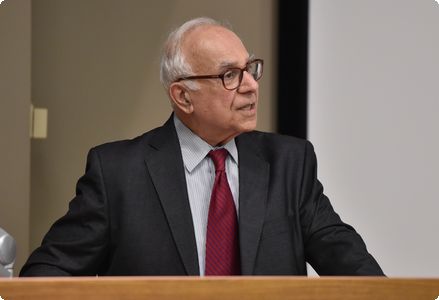 Well deserved. Read his books and articles as an undergrad and continued to do so even into my retirement. Long-lived and relevant through many years.Report