Ethics: an International Journal of Social, Political, and Legal Philosophy, one of the discipline’s leading journals, is seeking a new editor-in-chief.

The journal’s current editor, Henry Richardson (Georgetown), will be stepping down after 10 years of running it. The new editor’s term will begin in July of 2018. You can find out more about the application process here.

In an editorial in the current issue of the journal, Professor Richardson describes changes he has observed during his tenure there, which may speak to changes in the subdisciplines the journal covers, as well as broader cultural shifts:

Since January 1, 2010, I have been hand-classifying each submission into one of our historically evolved topical classifications, which now number 153. With almost 6,000 submissions having come in from then through 2015, it is possible at least to spot some changes, if not to demonstrate the statistical significance of any of them. The most significant change that the data reveal is a marked increase in our submissions on issues of gender, sexual ethics and sexual orientation, and race. This may be partly a sign of the times, but it is also to be credited largely to Cheshire [Calhoun]—not only on account of her presence as an associate editor but also because of her personal efforts to get out the word that we indeed welcome submissions in these areas. The increase in these submissions, though marked, remains modest. It has as yet resulted in only a modest increase in the number of articles we have published in these areas. After all, our average acceptance rate is below 5 percent. But authors working on gender, sexual ethics and sexual orientation, and race should know that our acceptance rates in these areas have been, over this period, higher than average.

Some of the topical shifts in our submissions patterns over the previous six years do seem to reflect broader cultural shifts. Thus, for instance, the number of submissions on capitalism and socialism has notably fallen off—to be revived as a result of the Sanders campaign?—while the numbers for environmental ethics and future generations have increased, in step with average world temperatures. Yet the causal connections between world events and our submissions are hardly transparent: we have had a remarkably small number of submissions on emigration and immigration. Finally, I note four more changes that, while no doubt equally lacking statistical significance, are less readily explicable and so at least curious. Over the period in question, the volume of submissions in Kantianism and contractarian moral theory has been slowly but noticeably declining. Having reached a local peak in 2012, the number of articles submitted each year in naturalism, intuitionism, expressivism, and error theory has since been falling off. Perhaps reflecting a shift of legal philosophy toward work in substantive areas such as torts, contracts, and criminal law, we are down to very few annual submissions in general jurisprudence. And while Brian Barry’s 1979 oblique prediction that people would soon run out of new things to say about the philosophy of John Rawls was looking like it might have finally come true in 2013, the number of submissions focused on his work has since bounced back.

The whole editorial is here. 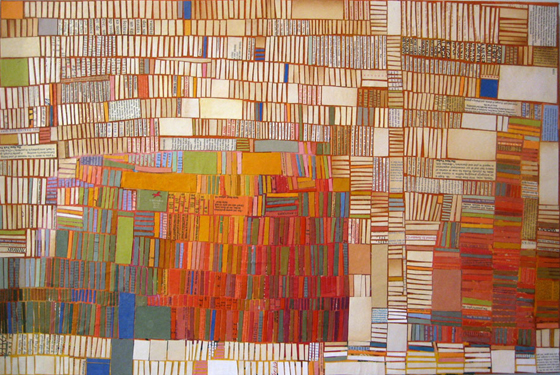 An obvious point: that people submitting to Ethics think they have something new to say about Rawls doesn’t mean they actually do. Maybe Brian Barry wasn’t that far wrong in 1979.Report

Or maybe they don’t? Have you read them all? Maybe new ways to apply Rawls? Just a question.Report