A reader writes in with the following concerns:

The results of this election have substantiated some feelings I’ve been having for a while. For a few years I’ve been planning (not without a lot of consideration and some hesitation) to go to graduate school and play my cards with the hope of entering academic philosophy. Now, however, it is harder for me to see this as the right choice, or even a choice that I feel okay about making.

Though I do what I can to combat and repair the hostile environments that face marginalized or vulnerable people within my college, and the condemnable actions that damage the learning community I’m in, I know that these political actions are small. Important they may be, but were I to enter the academic world, it would always technically be secondary to the work I would be there to do. Given the critical moment we find ourselves in, and the real danger that I see my less privileged friends, neighbors, and fellow citizens (broadly) in, can I look myself in the eye and decide to become an academic? Is it enough to fight injustices I see in the university setting?

What else could I, as someone briefly trained in philosophy, do to take more direct political action against a new and ominous future? What places do philosophers occupy outside the academic world that take direct and effective actions against this hostile new landscape? Law? Public office? Do I still go to grad school, only to do something else later?

I’m not quite looking for advice, so much as a discussion that might help me orient myself. I want to know what other people have done if/when faced with these questions. What do you (philosophy-inclined and -operated) do outside of the university, or how far can you reasonably go within the university to take meaningful political steps?
(I also want to add that I in no way intend to insult or imply that academic work is a problem or an unethical choice—this is MY dilemma, and these are the questions on my conscience.)
Some thoughts on this:
Your suggestions and thoughts welcome. 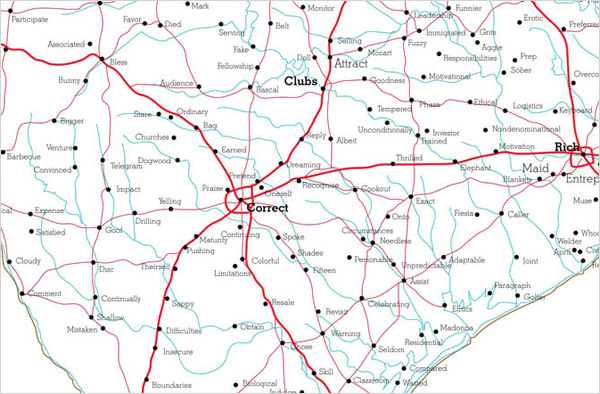 One thought that might be helpful. In (academic) philosophy, it can often feel like one is not making an impact. But, consider the fact that if you get a job teaching somewhere, you’ll get the opportunity to nurture and cultivate anywhere from 60-200 students every year (or more, depending on the institution). If done well, your teaching has an impact on the way these students both frame and deliberate about critical issues. Of course, that might seem like small potatoes, but the vast majority of us only ever tend to a tiny corner of the world anyway. Maybe that’s not helpful, but it’s certainly not something I would’ve thought about before going into graduate school in philosophy.

Best of luck to this person in figuring out what to do.Report

I think this is a really important question, and want to echo Alexa’s point. (I made a longer version of this comment in a contribution for the election edition of “Philosopher’s On”.)

For lots of students, undergraduate classes in Philosophy are one of the only chances they will *ever* have to step outside their echo chambers and work through current social issues under the guidance of an expert who cares about them (i.e., you, their professor). High schools should do that, but if my students are any indication, many are ill-equipped to do so. With a few ‘elite’ exceptions, colleges and universities are increasingly focused on STEM fields and job training.

Undergraduate teaching in Philosophy is a really unique platform; if you use it to help students understand urgent social issues, you’re making a contribution. I think more immediate action is required too. But whereas folks like Frodeman and Briggle have argued that the institutional structure of the academy is ruining Philosophy, there is at least one sense in which that institutional structure provides a rare opportunity.Report

I posed a similar question on the thread for ‘We Have Work to Do.’

I wrote that the results of the election combined with my five years in the “real world” after completing my B.A. left me disheartened at (my perception of) the general public’s lack of critical thinking skills. I am considering heading to graduate school so I can do exactly what I wanted to avoid in the first place – teaching introductory and critical thinking courses at community colleges. At the time, the reality of where my academic life may lead didn’t seem “cool” or “groundbreaking” and a clear indication of a poor ROI. My naive idea of how wonderful academic life as a professional philosopher was tarnished by extended conversations with my professors and reinforced by a few threads on this site. ( must to say that I really appreciate the honesty!)

Eschewing graduate work for “real-world experience and application” also led me to consider that perhaps the greatest need exists outside of the university campus – the general public needs better tools for critical thinking. Arming them with such “mind kung fu” would then help society progress in a direction where more engagement in reasoned debate is encouraged over that of making rash decisions and/or reacting to heinous fallacies propagated as “news.”

I then asked if anyone on the thread has experience in developing or participating in programs for teaching the general public how to sharpen their critical thinking skills. Perhaps this post and ensuing thread may help the reader find a few alternative routes? I’d appreciate responses as well since my own dilemma continues: Graduate work to sharpen my talents and knowledge in order to help prepare young minds traverse college life and the “real world,” or find something/develop something in the public sphere where I can use my (currently) *limited* talents and knowledge to help spread Mind Kung Fu?Report

The autonomy, flexibility, and security of graduate school life is an excellent base from which to engage in on-the-ground politics: you have a pay check effectively guaranteed for at least 5 years, you get to set what you work on, and you can schedule your life, if you desire, around your political activities. Organizing, demonstrations, actions, and various forms of support take a lot of time, and often in ways that aren’t easily amenable to a 40-hour work week. There’s a reason you regularly find grad students on organizing committees, etc– it’s not our exceptional devotion to politics, it’s our privileged position that we can exploit for good.Report

I can echo this sentiment, but I will add some implicit qualifiers about what sort of grad student Phil is speaking of. I don’t have student loans, car payments, a mortgage, or children, so my experience discovering the features of grad life that Phil mentions did indeed lead me toward my own major upswing in actual civic engagement.Report

Do whatever pleases you at this point. Trump’s (at best) inaction on climate change will doom our planet. And the lesson of this election is that no amount of activism, teaching, or whatever will make a significant difference. As soon as you start to have some success agitating for change, somebody will dog whistle loud enough to the millions of economically depressed people and put an end to it.Report

Read Sartre on his student’s dilemma. Then join the resistance.Report

I found myself deeply concerned in undergrad with what I considered to be intellectual imperialism and brain drain (in my case, I was worried about Ghana). I initially planned to do graduate work in international education and then work in the school system in Ghana. But I started thinking about how I wasn’t actually likely to be effective in counterbalancing these issues, in part due to my identity/superficial qualities. I decided, with some heartache, that I wasn’t best for that job. I thought to myself that my skills in philosophy (I believed at that time that I had such skills) were my best hope at improving the world. And I think philosophy does have a lot to offer, in terms of improving the world. But I often reassess–is the work I am doing right now helpful? Will it reach people? Will it matter? On the spectrum of no to yes, I think I am getting closer to yes, but I cannot be sure I will get there. It is a long shot, but I think in my case a better one than my initial plan.Report

I think if you can seriously see yourself doing something other than academic philosophy, you should explore that.Report

Question: what would be your alternative career choices? Are there some that you would see as being more effective in promoting the kind of world you envision? If so, then I’d say go for it. But, consider that if you are effective as a philosophy professor you will, hopefully, teach your students critical thinking, logical thinking, objectivity, sensitivity to all perspectives, and a way to weigh the facts, opinions and issues to reach a rational conclusion. I’d say this is a pretty important goal. It also seems to fit what you want to do in life. I echo the comment that you ought not let the current incendiary election campaigns and results determine your future choices of an occupation. Finally, having been a student and grad student in the 60’s, I get your angst: Viet Nam or a Trump presidency? Hmmm.Report

Only pursue a career in philosophy if you’re independently wealthy.Report

I’d encourage the OP to get in touch with the folks at 80,000 hours — they specialize in offering career advice to people in precisely this sort of situation
https://80000hours.org/Report

I had the same dilemma a few years ago, and I decided to go the other way. I trained as a digital forensic investigator and started working on international projects, specialising in child protection and counter terror. I found the field interesting, but fraught with ethical dilemmas, most of which I hadn’t anticipated. I feel like I’m having an immediate positive impact when I work on such projects, but I’m currently seriously thinking about picking up philosophy again and going the academic route. Partly this is because I feel I’m probably more suited to it; but also it’s because I believe philosophy has an important part to play in the world.

To quote a tweet I saw a while ago: “Why is philosophy important? I dunno, maybe because we should think about whatever the f**k we’re doing from time to time.”

I’m pretty sure I’m going to make a gradual shift back towards academia, because I think that in the long term, if the planet survives (quite a big if, at this stage), philosophy will have more of an impact, and I’ll be able to contribute more uniquely, than the investigative work I’m currently doing. Digital forensic investigation is a growing field, and any (good) investigator is pretty much interchangeable with any other. But every philosopher brings a unique perspective, and perhaps therefore this is where I should be focusing my attention.Report

Thought is as powerful as action. Academic philosophers who put forth revolutionary thoughts can be much more helpful than someone who goes into other fields.Report