Philosopher James Conant of the University of Chicago has been named as one of three winners of this year’s prestigious Alexander von Humboldt Professorships.

[correction: there have been six winners in 2016]

The professorships are offered by the Alexander von Humboldt Foundation, with the aim of attracting “top international researchers” to work at German universities. They include up to €5 million in funding, which is to be used to support the winners’ first five years of research in Germany.

Conant was nominated for the award by Leipzig University, where he will be co-director of the Leipzig Research Forschungskolleg Analytic German Idealism. He works on a wide range of topics in philosophy, writing on Kant, Wittgenstein, the history of analytic philosophy, philosophy of language, mind, logic and aesthetics. You can read more about him here and here. 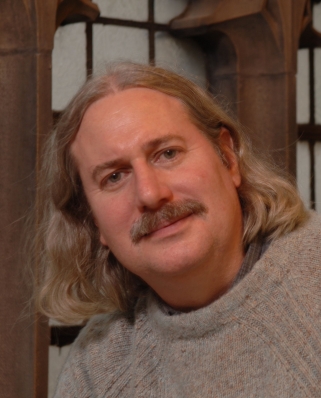 I may be overly pessimistic, but I think this is a dangerous development in German philosophy. Humboldt professorships come with too much money that skews what topics younger philosophers work on. If you happen to work on topics related to what Forster (Bonn), Bernecker (Cologne), Leitgeb/Hartmann (LMU Munich) or Conant (Leipzig) are interested in, you can secure funding much easier than if you have to find a job/funding based on quality alone. And in a couple of years we have a wave of post-docs working on those topics. Again, not because philosophy naturally and freely evolved to focus on these topics, but because some foundation thinks these topics are worth their money. Foundations got too powerful.Report

I don’t know anything about Forster’s or Bernecker’s research groups, but I do know that Leitgeb’s and Hartmann’s postdocs and assistant professors work on a diverse range of topics. Here is a list of research questions that philosophers at the Munich Center for Mathematical Philosophy (MCMP): have researched in the last few years:

Of course, almost everyone who works (or has worked) at the MCMP is committed to using mathematical or experimental methods in their work, and the majority of research done at the MCMP is in logic, philosophy of science, philosophy of language, rational choice theory, and epistemology (broadly construed). But that’s a huge swath of philosophy, and clearly, Forster, Bernecker, and Conant’s groups only add further diversity. So to say that the Humboldt foundation is undermining the `free evolution’ of research topics in philosophy is, I think, to underestimate how much diversity there is in the groups you mention and to overestimate the amount of control that Humboldt professors actively exercise over the research of their postdocs and assistants.

Could the Humboldt foundation do more with its money? Probably. Effective grant-giving is really hard. Have you researched whom at the Humboldt foundation you might contact to express your concerns? Have you contacted the professors themselves? Stephan Hartmann and Hannes Leitgeb are both incredibly warm people. With a bit of effort and some constructive suggestions, maybe you can help improve the way Humboldt professors shape contemporary German philosophy.Report