First off, as we already know, the meeting will from now on be taking place in early January, rather than between Christmas and New Year’s.

Second, since, owing to the increased prevalence of video-conferencing, the Eastern is no longer functioning primarily as a “job fair,” the academic program is larger. Cullison and Dunn write, “This year’s conference program has 50% more sessions than last year’s conference and it will be almost double the size of any conference that was held in December.”

Third, there will be better beer! Seriously. And more generally some improvements to the conference receptions.

Fourth, the meeting location rotation will include some warmer locations. For example, the January 2018 meeting is scheduled for Savannah, Georgia.

More details at the Blog of the APA. 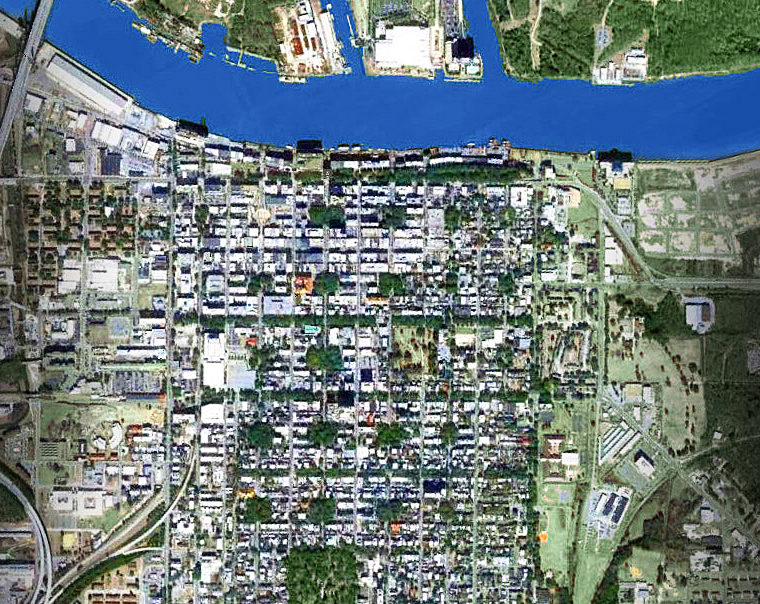 Yikes. If you’re going to increase conference sessions by 50%, the last thing you want to do is tell everyone. I’ve already heard people say that the average quality of sessions at the APA is low, and telling everyone that you’re going to add 50% more will only further convince them that the conference is not particularly worthwhile or prestigious.Report

Joe, in the post at the Blog of the APA, the authors write, “We’ve managed to do this without being any less selective. The number of submissions has significantly increased each year for the last four to five years.”Report

Let me also express my appreciation to Andrew Cullison and others at the APA who have brought about these changes. Some of these changes have been long sought and, I would imagine, not as easy to make as some might think.

I’m sorry that the first comment was such a shitty response to your hard work.Report

My apologies, I withdraw all the sentiments about the APA I unwittingly implied: I personally LOVE the APA and would go to 2/3rds of the sessions if I could. I do not find that the inclusivity makes the sessions any worse, far from it, the worst talks/presentations in our field are routinely delivered by some of the biggest names.

I made the the comment because I’ve heard big-name tenured philosophers advise graduate students to submit to the APA because, to quote one of them, “they accept a lot of crap”. It is this perception of quality–and not the reality–that concerned me. But perhaps it concerned me far more than it should have, and I apologize.Report

My experience with APA sessions has been that the quality has been pretty high, my own occasional contributions notwithstanding. I’ve always found the problem to be one of an embarrassment of riches.Report

I think this sounds great. And it’s especially gratifying to have my suggestions heard! I believe on one recent post-Eastern attendee survey I specifically said: hold the conference in a warmer place! (And in Savannah, what a great city choice, and certainly cheaper than e.g. New York or Boston.)

I would imagine there will be some growing pains as the Eastern meeting adapts to this new model of no longer being the meat market for job seekers, and transitioning to a bona fide, rich academic conference. But that is OK.Report

Savannah, Georgia permits plastic containers; however they must be 16 ounces or less and are only allowed in the historic district. Just a small additional point before you start thinking that you can take bottles of all that improved craft beer anywhere around the 2018 host city. The bars in the downtown historic district will gladly give you a to-go cup while you hop from one post-APA watering hole to the next, however.Report

Sounds great. One question I have: why are all three sessions of the APA in the Spring semester (Eastern in Jan, Central in March, Pacific in April)? It would be nice to spread them throughout the year, and if they were going to be concentrated, wouldn’t the summer be the time to concentrate them?Report

Historically, I believe they’re all in the stretch from December to April, so that they can facilitate the multiple rounds of interviews for the majority of jobs in winter, and the late-opening teaching positions in February and April. But now that the interview function isn’t essential, it seems to make sense to spread them out.

The one big advantage the old Dec 27-30 dates had for actual conference attendance are that they’re pretty much the only days during the academic year that are guaranteed not to be teaching days for anyone. While my current university doesn’t have teaching during the first week of January, several universities that I’ve been affiliated with in the past do, and I expect that some people won’t be able to attend the Eastern any more as a result.

It seems to me that it would be good now to have the three meetings in January, May, and September, so that they can be four months apart, and occur near the edges of the teaching terms. While some people will be teaching on any of those dates, I don’t think many people are teaching on all of them. (Maybe Carleton College, where they have a quarter system, but fall quarter starts early, so they can have Thanksgiving to New Year’s off?)

With January, May, and September, we could also rearrange the three divisions. Put the Pacific in January, the Central in May, and the Eastern in September, when each of these regions is having nicer weather than the other regions of the country are.Report

Thanks for the kinds words, and no hard feelings on the first comment Joe. This seems like a good place to provide some additional insights. Some of these are replies to questions raised here:

1. On Selectivity
We’ve implemented two changes over the last three years that will make it more likely that the referee process will select the better quality papers. First, we now normalize the scores for all referees. In the past, overly harsh referees might tank a high quality papers chances. Normalizing the scores will basically catch this and adjust scoring. Stingy and generous referees will have their scores pushed a little more toward the middle. Second, we added more referees and it is now much easier to find referees who are more specialized.

2. On Timing of the Meetings
Kenny is right that, historically, the meetings were spread out according to the old way of finding jobs in philosophy. However, we’ve explored shifting meetings and there are two difficulties. The two times are basically a summer conference (July or August) or a fall conference (September or October).

Regarding the summer, APA members didn’t seem all that interested in a move to the summer. We ran a survey back when we were negotiating hotel contracts for 2018, and I was surprised by this. I get jealous of all of my British philosopher friends who seem to tweet about awesome philosophy conferences they’re going to. I (personally) think it is well worth considering a move to the summer for one of the conferences.

Regarding the fall, the issue is hotel rates. For whatever reason, that’s prime conference season when all of the big companies and industries do their big conferences. It jacks up hotel rates by at least $100/night.Report