Making its way around the internet is the question, “If you could get everybody to read one book, which would it be?” That’s an interesting question, but there are a lot of unspecified variables that will drive philosophers nuts. For example:

So instead, let’s do something different and ask the following:

If you could pick one book for one person to read, which book would it be, and whom would you have read it?

For example, one could say:

I’m not sure that would be a particularly good recommendation, as it is unclear whether Donald Trump reads, but you get the idea.

Let’s leave open to whom you can recommend the book, but note that your answer will make more sense to others the better known the person is. As for the kind of book, let’s leave that wide open, too. No reason to restrict your answers to philosophers or philosophy. 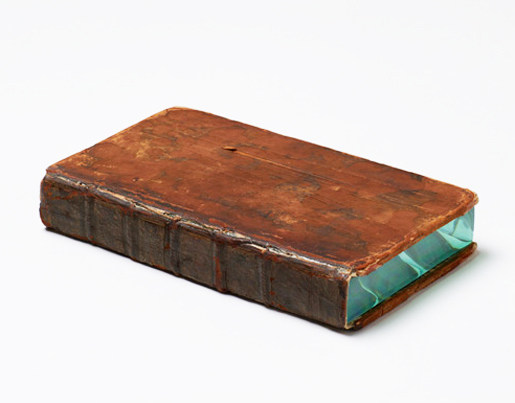 For anyone who equates economic growth/wealth with happiness:
E. F. Schumacher: Small is Beautiful. A Study of Economics as if People Mattered.Report

Another factor is whether the book is fiction or non-fiction, very difffernt categories. As an old, aged, philosopher, I recommend “On Liberty” by JS Mill; as to non-fiction. Fiction, well tough, so much is a matter of taste, but for its message and not greatness: The Story of B, by Daniel Quinn.Report

Not sure what’s up with the Trump bashing on this blog, but I’d like to see Hillary read some of the literature on situationalism, like John Doris’s *Lack of Character*.Report

Fret not, most of us don’t like her either.Report

Plato of Athens should have been required to read the following: Gettier, Edmund (1963). Is Justified True Belief Knowledge? Analysis 23 (6):121-123.Report

What??? He should have read a book published 2000 years after he died??? Maybe I am taking the question in a different sense, but to require someone to read something that did not exist while he was alive strikes me as bizarre. I would like Lalania to read “Why Gettier was completely wrong”, by philosopher X published in 2022. Tongue in cheek, having a bit of fun. I get the idea, but timing is everything 🙂Report

Daniel Dennett: any introduction to the philosophy of religion.Report

Choosing the book is a simple matter: “Hating Perfection” by John F. Williams. Choosing just one person to read the book is a bit more difficult. In reality, it’s essential reading for every philosopher. If I had to choose someone, perhaps David Lewis would suffice.Report

A.N. Whitehead: ‘God and the World of Signs’ by Andrew Robinson.Report

Blessing Of A Skinned Knee. Wendi Mogel
Raise children better and we have better adults.Report

I would recommend All Black Cats Are Not Alike for people who love cats, but seem to think statistics justify treating certain humans alike because of the color of their skin.

Maybe it’s me, but I think we all, including me, are misinterpreting the question. It’s not, as I now see, what one book would you recommend any or everybody read, but rather what person and what book would you connect and wish that person would read. The comment above “Trump…and…”, got it right. Fun anyway.Report

And, in this spirit, “On Lying” by Annette Baier for Hillary.Report

Trump should read “The Art of the Deal”–from The New Yorker:

“Trump, facing a crowd that had gathered in the lobby of Trump Tower, on Fifth Avenue, laid out his qualifications, saying, “We need a leader that wrote ‘The Art of the Deal.’ ” If that was so, [Tony] Schwartz thought, then he, not Trump, should be running. Schwartz dashed off a tweet: “Many thanks Donald Trump for suggesting I run for President, based on the fact that I wrote ‘The Art of the Deal.’ ”

It is more than logically possible that Trump has not read “his” book.

But when it comes to politics, it takes a pillage.Report

Bret Easton Ellis’ _American Psycho_ for Bernie Sanders, to keep him nice and angry.
Sandel’s _What Money Can’t Buy_ for Hillary Clinton, though I imagine she’s familiar with his line.
Proust’s _In Search of Lost Time_ for Donald Trump, to keep him busy for the foreseeable future. Or maybe _Infinite Jest_.Report