Joseph Boyle, professor emeritus of philosophy at the University of Toronto, died on September 24th. Professor Boyle worked mainly in ethics, including ethical theory and applied ethics (especially bioethics), as well as natural law theory. He received his doctorate in philosophy from Georgetown University, and prior to the University of Toronto, held appointments at Aquinas College and the College of St. Thomas.

A statement at the University of Toronto Department of Philosophy website says, “Colleagues will remember Joe for his generosity, sincerity, keen analytical skills, and his good humour. In the scholarly world, Joe was recognized as one of the finest Catholic philosophers of his generation.”

There is an obituary for Professor Boyle by Randy Boyagoda, Principal and Vice-President of the University of St. Michael’s College in the University of Toronto here, and you can read more about his life here. 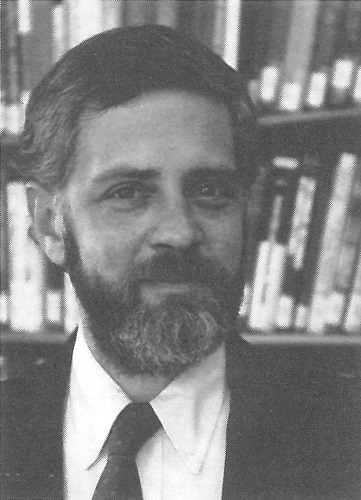 Joseph Boyle I consider to be one of the greatest philosophers of all time, solely because of his 1969 dissertation, “The Argument from Self-Referential Consistency”, written in his mid 20’s. Ironically its implications and influence have begun only a few weeks after his passing. I put him right up there with Aristotle, Plato, Kant, Aquinas.

The other side of the coin would be Kai Nielsen’s independent moral criterion argument from his 1990 2nd edition Ethics Without God. (pages 31 & following).

But Boyle’s dissertation in a nutshell is:

3) Because self-referential analysis encompasses constraints at the core of the logical authority of all aspects of philosophy, it necessarily assumes and implies a minimal but complete metaphysic.

4) The only possible invincible justification of the necessity, legitimacy, and efficacy of self-referential refutation for determining truth and belief, is by using the structures of attempted refutations of it.

The only other works that come to mind with any similar power and sweep would be both The Intelligible World and Language and Reality by Wilbur Urban, The Nature of Thought (2 volumes) by Blanshard, anything by Carl Kordig or Paul Weiss, but most especially Kai Nielsen’s 1990 2nd edition Ethics Without God. That’s where the entire future of the God debate is headed. What is the supervisory criteria for identifying good and perfect good in an object, and the criteria for winnowing truth in general. Fallibilism and disquotationalism themselves assume implicit absolutes, and are mired in a murky concept of what is practical and prudent arbitrarily excluded for what is a

But only Boyle solves all of Nielsen’s deeply embedded and implicitly self-referential problems—and in a completely unexpected turn of metatheoretic events. Artificial Intelligence powered automated reasoning systems will confirm both self-referential refutation (Boyle/Kordig) and the independent criterion of both morality (Nielsen) and thought in general (developing).

Sorry about that, it should read:

“Fallibilism and disquotationalism themselves assume implicit absolutes, and Nielsen is mired in a murky arbitrary doctrine that what is practical and prudent must be excluded for what is later on considered to be “a good moral reason” for being moral, which is equilibrium based osetensibly on merely “pragmatic” and/or “utility” reasons. All of which is procedurally and logically self-contradictory. But his revolutionary argument about necessarily logically and existentially prior criteria seems unopposable without invoking the same ultimate decisiveness of whatever premises and criteria are appealed to in that countering process itself.Report