David Chalmers (NYU & ANU), apart from being a prolific academic philosopher, does a good amount of public philosophy, is half of the team that runs PhilPapers and its associated endeavors, edits the philosophy of mind series for Oxford University Press and the philosophy of mind section at the Stanford Encyclopedia of Philosophy, and, I’m told, takes on an impressive amount of other service work. To his service to the profession we can now add this answer to a question in Clifford Sosis’ interview of him at What Is It Like To Be A Philosopher?. Sosis asks, “Was writing the dissertation difficult?” Chalmers says:

Yes. It was especially difficult to get started.  By my fourth year at Indiana I had a pretty good idea of what I wanted to write, but I spent almost a year staring at a blank screen and not actually writing anything.  Instead I’d procrastinate by reading another book, another paper, or messing around online. I’m a long-time Internet addict—in those pre-web days, I’d occupy myself by posting to Usenet newsgroups such as comp.ai.philosophy. That proved philosophically useful in its own right, and I ended up getting an article or two out of those discussions, but it wasn’t what I was supposed to be working on. Finally one October evening the floodgates came down, the writing came rushing through, and I had an extended outline of the whole dissertation by morning.  I spent the next six months working away at it nonstop and finished the thing by the following April.

People usually laugh when I tell them that I suffer from writers’ block.  I’ve managed to be productive over the years by getting a lot done in periods of flow like that period in 1992-93.  I had another in the early 2000s at Arizona and a very good period in my last few years at ANU.  But in between, writing for me is like pulling teeth.  In my three-and-a-half years at Santa Cruz in the late 1990s, all I wrote was two reply pieces.  I had two long articles written just before moving there with encouraging R&R’s at Mind and Behavioral and Brain Sciences, and I couldn’t bring myself to revise them, so I never resubmitted.  I’ve also given any number of talks (many of which can be found on my website) that I regret never writing up as full papers.

While this is small potatoes as mental pathologies go, it’s still a reasonably serious disease of the will that has all sorts of follow-on effects on the way I live my life.  I’ve seen therapists and read books about this over the years and have found a few things that help. One thing that helped a lot in Canberra was separate offices for writing and internet.  Another thing that helped (I’m a little ashamed to say) was trying less hard to write well.  I think the style of my writing was much better early in my career, but my current boring style is clear and serviceable enough to get the main points across, and that way the articles actually get written.  It can still be a struggle, though.  I’ve just written my first article after moving full-time to New York two years ago.  For some reason other sorts of writing, like doing interviews for philosophy blogs, is much easier. Maybe I should do more of my writing this way!

I think a number of philosophers will identify.

The whole interview is interesting. Of particular interest are his sense of the trends in philosophy. Among them he includes:

Check out the whole interview. 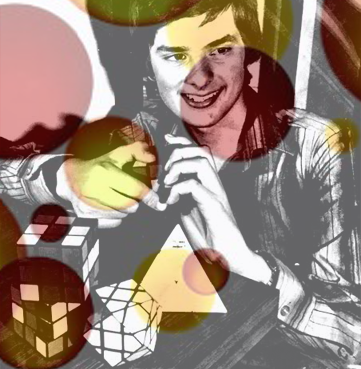 I’m really stuck in writing my thesis and stuck in writing in general – always assuming ‘should have read more papers before writing at all’, paying much attention to style, always afraid everything I write sounds trivial, uninformed or uninformative. Procrastination is terrible… I’m so relieved to hear that top people also experience these things, thank you, David Chalmers and Daily Nous!Report

Philosophical investigation is like the futile efforts of Sisyphus. Just when we think we are getting close to solving a philosophical problem such as the “hard problem”, we find that it all rolls back down hill and we have to start over again. But unlike Sisyphus, we voluntarily start pushing again, hoping that this time we will pass over the crest and the answer to our problem will become clear….Report