The American Philosophical Association (APA) has published a new guide for philosophers seeking non-academic employment, entitled Beyond Academia: Professional Opportunities for Philosophers. According to a press release about the publication,

Beyond Academia is intended to provide guidance in the form of resources, information, and advice to philosophers who are interested in exploring a wide range of professions outside of academia. It includes many links to resources for non-academic career opportunities; data on non-academic careers, including new academic placement data and analysis; and biographical essays of philosophers who have successfully found ways to use their philosophical training outside of academia. Beyond Academia also provides recommendations for department chairs and placement officers on maintaining connections with philosophers working outside academia and preparing philosophy students for non-academic careers.

The guide, put together by the APA’s Committee on Non-Academic Careers, under the leadership of Amélie Rorty, has several sections, including advice for department chairs and placement directors about orienting departments towards the likelihood that some of their graduates will be employed outside of academia:

Despite the employment crisis, the current cohort of graduate students tends to focus their professional expectations on having the same sorts of academic jobs as their faculty. To be sure, we are careful and responsible about warning prospective and incoming graduate students about their prospects on the job market. But having fulfilled that duty, we tend to let the matter drop. While our placement officers work closely with graduates to prepare their academic job talks and applications, we tend to leave those of our students who may not enter the academic stream to their own devices…

The attitudes of the graduate faculty towards students—the ways they convey expectations—can enhance or cripple confidence and initiative. The worst thing faculty can do is imply that opting out of academic life is an indication of their failure as philosophers; the second worst thing they can do is imply that non-academic life is second best. Anecdotal evidence suggests that “drop outs” from the profession are marginalized and sometimes even stigmatized by their former colleagues; at best they simply disappear from the department’s active network.

The old guide, A Non-Academic Career?, is still online.

It’s good that the APA has taken steps to encourage greater attention to the employment prospects of philosophers seeking work outside of academia. If you have constructive suggestions for the Committee for Non-Academic Employment for its future efforts, feel free to leave them in the comments here. 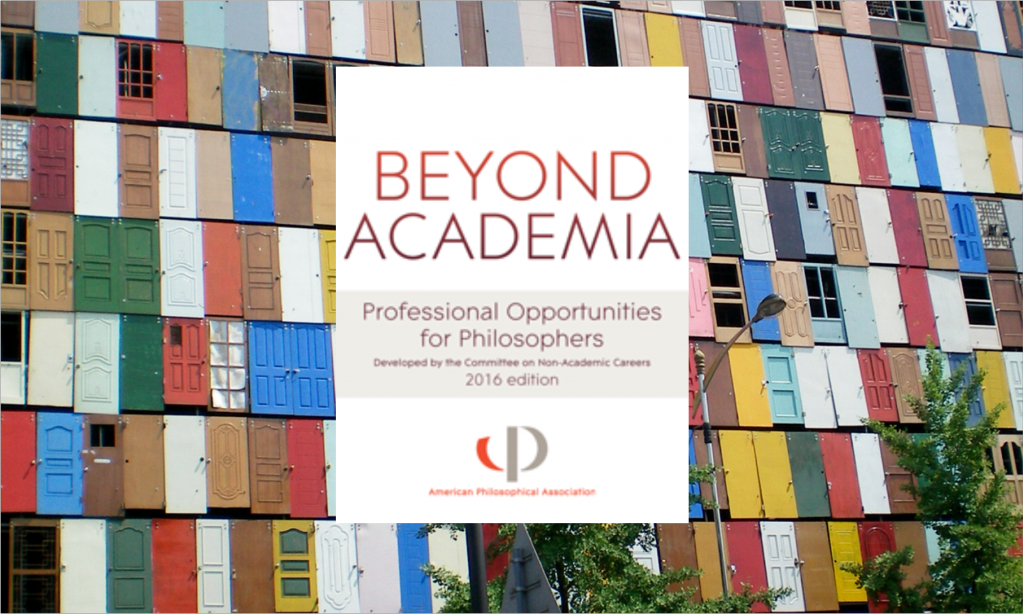 I’m sympathetic to this reader’s perspective: