The following is a guest post* by Michael Connell, an Australian comedian. Connell has a thing for philosophy, especially Stoicism, which he incorporates into his act (e.g., “How you think shapes how you feel. What I’m saying is that if you don’t enjoy this show, it’s your fault.”). I asked him to talk about his work and conveying philosophical ideas to non-philosophers (which includes most of the public and, of course, most of our students) in an enjoyable yet effective way—getting the right mix of humor and philosophy. At the end of his post is a video of one of his shows. 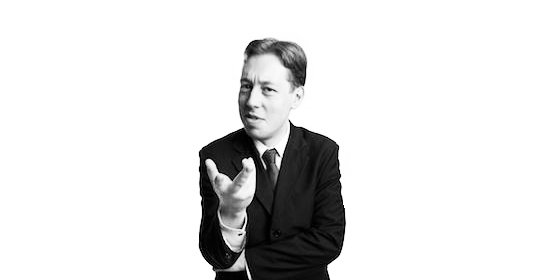 How To Teach Philosophy In Comedy Clubs
by Michael Connell

I recently wrote and released a stand up comedy special about Stoic philosophy. When people hear this their response is usually “why?”. Fair enough. Stoicism isn’t a common topic for comedians, why not stick to routines about airlines and the differences between men and women?

Partly it was because it was such an unusual topic. It’s hard to stand out in the sea of comedians when you’re just another straight white male doing observational comedy.

Mostly though, it was for personal reasons. A few years ago I stumbled onto William Irvine’s “A Guide to the Good Life: The Ancient Art of Stoic Joy” while I was going through one of life’s rough patches. The Stoic ideas that book introduced me to really helped me in my life, and although it may sound a bit corny I was moved to “pay it forward” and help spread these ideas. And if I was going to be onstage talking to people anyway, why not tell them about what I was really excited about?

This is why you can see me being quite explicit about endorsing Stoicism in the special (below).

When I was writing the special I wasn’t sure being so upfront was a great idea. For a while I was just going to write jokes around Stoic concepts and try to slip in the philosophy with the comedy.A lot of comedians I love like Louis CK, Bill Hicks and George Carlin use this approach (I’m not sure if they intentionally try to work philosophy into their acts or just happen to have these thoughts), and I’m a big fan. However this wasn’t really an option for me if the goal of the special was outreach.

If people watched the show and just thought I had some clever ideas in my comedy I would’ve failed. I needed them to realise that I was talking about an actual philosophy that they could then go and learn about. Of course the downside of taking this upfront approach was that I was in danger of writing a lecture instead of a comedy show. The challenge would be to create a show that introduced audiences to the basics of Stoic thought without going light on laughs. Boring the audience is the greatest sin in stand up.

Eddie Izzard has a lot of material about history. His audience don’t have to know anything about the Romans or the Spanish Inquisition since he humorously introduces facts as the show goes along. My aim was to do something similar with philosophy. Audiences should be able to come to the show knowing nothing about Stoicism and leave knowing a little about the basics.

This proved to be tricky. When I was developing the show I sometimes felt like walking a tightrope between teaching and getting laughs.

Early on, I’d often find I’d gone too far one way or the other. Luckily it was fairly easy to tell when this had happened. If the material was getting too teach-y the laughs would stop. If I wasn’t teaching enough I’d realise once I listened back to recordings of trial performances and heard that the laughs were coming from bits devoid of philosophy.

For a while this really stumped me. Then I realised the problem was how I was looking at the situation (which is a pretty Stoic concept). I’d been seeing the show as a balance between teaching and entertaining. I’d give a little bit of theory then try to make a joke about it. This lead to me to have dull spots followed by only vaguely related jokes. Instead, I realised, I needed to explain the teaching through the comedy. Look around for situations in my life where Stoic ideas came into play and make jokes about that. This way any time the audience laughed it was because they understood a philosophical idea I was trying to explain.

I was testing the material at open mic nights at comedy clubs and pubs around Australia. These weren’t crowds who’d come to hear about philosophy, and when a bit wasn’t working their feedback could be very, erhm, honest. To win the crowds over I tried to figure out what was in it for them. Why should they be interested in this ancient philosophy from the Mediterranean?

This was apparently also a problem for the Roman Stoics when they imported Stoicism from Greece (according to William Irvine’s Guide to the Good Life). While the Greeks were interested in philosophy for philosophy’s sake, the Romans were more practical.

So the ancient Stoics began emphasising that practicing Stoicism could provide a comfort from the vicissitudes of life and a tranquil inner peace—something the Greeks had always thought, but had seen more as a byproduct than a goal of their philosophy.

This is the approach I took in the special, pointing out that we all face hardships in life and Stoicism can help us deal with them.

Once I’d got their interest, the challenge was to keep them listening. This is why I tried to keep the material as relatable as possible. In the special I explain ideas using routines about trains, pass the parcel, nightclubs, and other things the audience would’ve encountered in their everyday lives.

A lot of beginner comedians think that it’s impressive to make jokes out of complicated ideas—I certainly did when I started out. What I’ve learnt though is that it’s much more impressive (and more entertaining) to find the simplest way to convey a complex idea.

There are a few jokes in the special about the ancient Stoics, but as much as possible I avoided giving a history lesson or using complicated terms like Eudaimonia or Arete.

Hopefully, by conveying the philosophy through jokes, offering the audience something of value, and keeping the material relatable, I’ve created a nice little outreach tool for Stoicism.

Will it work? Will my jokes help spread Stoicism through the world? Only time will tell.

The ancient Stoics would share their ideas with the public by speaking at a porch on the edge of the Athenian marketplace. I’m doing the modern digital equivalent; I’ve put my special on Youtube. So far the response has been very heartening. All the comments have been very polite and encouraging – a miracle for youtube! Maybe my Stoic jokes are having an effect on the commenters.

Fellow comedians are picking up on my Stoic ideas, too. Whenever I complain that a crowd is too rowdy or the club isn’t paying enough, they’ll say “hey, that’s not very Stoic”.