Anthony Gottlieb, an historian of ideas, journalist, editor, and author, has a new book out called The Dream of Enlightenment in which he makes an interesting claim about the connection between culture and politics and the development of philosophy. Here’s a description of it from an article in The New Yorker by Adam Kirsch (Columbia):

Gottlieb sees that [philosophers such as Descartes, Hume, and Kant] were situated in a much wider world. Their thought was informed not just by previous philosophy but by politics, religion, and science—the whole intellectual and spiritual life of their times. And it was because these times were so tumultuous that they were able to think in such a radical way. Eras in which everything is up for grabs are very rare, and they seem to be highly productive for philosophy. As Gottlieb points out, much of the Western philosophy that still matters to us is the product of just two such eras: Athens in the fifth and fourth centuries B.C. and Western Europe in the seventeenth and eighteenth centuries A.D.

Has Gottlieb discovered something interesting about the history of philosophy, or is this more a product of a selection effect? If the former, any insights into when we should expect the next “tumultuous” period?

UPDATE: See the comment from Gottlieb, below, in which he says that the idea that philosophy flourishes during chaos is the reviewer’s, not his. 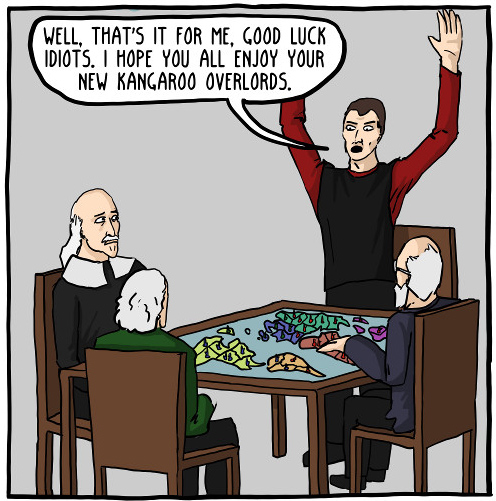 As far as names go, a better support for Gottliebs’s thesis is surely not anything in Western history, but Warring States and Hundred Schools of Thought.Report

“When philosophy paints its grey in grey, one form of life has become old, and by means of grey it cannot be rejuvenated, but only known. The owl of Minerva takes its flight only when the shades of night are gathering.”Report

It’s a selection effect. The fact that a certain eight or nine philosophers became canonical for us is one with a long and twisted history of its own. There’s something of a literature on this, though not a very widely read one. Report

My reaction to this is: when was there *not* chaos?Report

I am grateful for the attention to my book, but should point out that readers will not find in it the claim attributed to me here. It is Adam Kirsch’s gloss on the story I tell.Report