Many universities start their fall semesters around now, so it’s a good a time—though not as good a time as last week—to ask: “what do you like to do on your first day of philosophy class?”

If there’s an approach you like to take to organizing the first course meeting or a particular lesson or exercise you like to do on the first day please share it. Of particular interest would be what you say to your introductory level students whom you suspect don’t know what philosophy is.

I typically don’t go over the syllabus until at least halfway through the first day’s meeting. Rather, I start the class by talking through a problem or puzzle with the students, and letting them take a try at it.

Here’s one, which comes in the form of a joke:

Two friends, Sam and Terry, are walking down the street when they are surprised by a mugger. He whips out a gun and says, “give me all your money.” The two of them reluctantly take out their wallets. As they’re about to relinquish them, Sam pulls out a twenty dollar bill and hands it to Terry, saying “oh, here’s the twenty bucks I owe you.”

Ha ha ha hmmm. I didn’t say it was a great joke.

So… the main question is whether Sam has paid back Terry. Getting the students to articulate a principle that explains why or why not, and which also gets us what seem to be the right answers in other cases, is trickier than they think it will be.

In any event, good luck out there, teachers, and have fun! 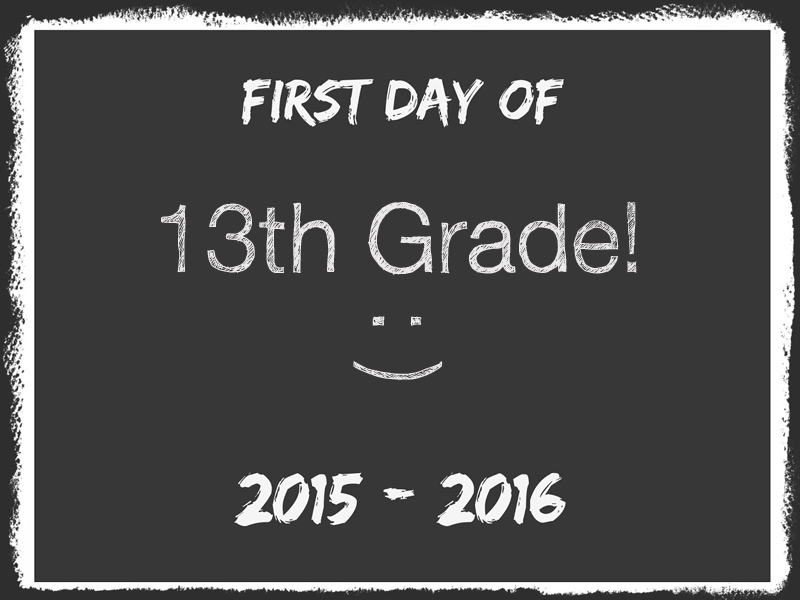 When I teach introductory courses on values, I usually assign (and/or watch in class) David Foster Wallace’s “This is Water” speech. He makes his point about liberal arts education in general, but I always argue that his insights apply to philosophy courses (especially for students who are non-majors). He argues that the really important part of education is in the cliche of “learning how to think”, i.e. learning to exercise some control over what you think about. I suggest that a philosophy course on values is a perfect chance to do so–to be aware of the things that we often take for granted (our basic orientations to the world) and to spend a bit of time reflecting on our values.

I don’t know for sure if the students are inspired by it, but giving the lecture always gets me pretty pumped for the semester!

You will find my post on accessibility statements here:
http://philosophycommons.typepad.com/disability_and_disadvanta/2016/08/revisiting-accessibility-statements-what-are-they-for-and-what-can-they-do.html

I divide the class up into groups and task each with a major philosophical question (“Do we have free will?” “What does it mean for an action to be right?” “How do we know we aren’t in the Matrix?”) I tell them that their careers as philosophers begins that very day. And it’s surprising and fun to me how many groups report back major responses already articulated by famous philosophers, without knowing it.Report

I spend the first day of class doing something that will get the students talking. For example, I’m teaching a philosophy of science course this summer, organized around the question of what distinguishes science from pseudoscience and why it matters. On the first day, I asked students to free-associate with the word ‘science.’ I recorded what was said on the whiteboard and took a photo when all was said and done. Just last week, we looked at the photo. Many students noted (i) how enriched their original conceptions became, especially their conceptions of evidence, reasoning, method, and objectivity and (ii) the absence that first day of any repertoire of values (besides truth) — an absence made conspicuous by the fact that our investigation into the nature of science has led us to focus on values, epistemic and otherwise. Seeing their original ideas of what science was all about and comparing it to what they understand now shows them what it’s like to make philosophical progress.

I do not talk about the syllabus the first day. But at the end of the first session, I hand out the syllabus, telling the students that their first assignment is to read it. If they read it, they will see that I administer a syllabus quiz (usually worth 10% of the overall course grade) the following session. Besides letting the students know that I am serious about reading assignments, it also gives them incentive to try to understand my syllabus, in which I outline the big idea for the course, the spirit of philosophical education and inquiry, and the sense in which I expect students to take responsibility for their own education.Report

For me, the most important thing to do on the first day is to get people to talk to me: This establishes the tenor I want to maintain from the very beginning. The last two years I taught a class whereon the first day, I wrote quotes in Linear A, Welsh, and Quenya on the board, and got people to tell me their thoughts as to which ones were meaningful and which weren’t (and why), both before and after I provided translations (where possible). Both years it proved a great way to get people to talk. I also played a bit of a trick on the medieval studies MA students that I get one seminar with per year: The seminar is on the development of the universities in the Middle Ages and the role of the study of logic therein, and I started off by talking to them in Latin. The looks of terror I got….

In big lectures, I also have students take a few moments to introduce themselves to the people they’re sitting next to, if they don’t already know them, on the assumption that people generally sit in the same seats all term and hence they’ll be sitting next to these people for quite awhile.Report

I take a similar approach to Professora’s. I assign some non-academic readings about a timely and relevant topic to complete before the first class, then split them into groups on the first day to consider questions about the topic. For this semester’s Social & Political class, for example, they will be reading a series of popular press articles that argue for or against so-called “Lesser-Evil Voting”. They’ll discuss in groups whether there are either democratic or personal moral obligations to engage in, or abstain from, lesser-evil voting, and why, as well as why anyone should be obligated to obey or respect the authority of a leader they didn’t individually support.

I find this approach helpful for (a) signalling to students that it’s time to get to work, right from the first day, (b) getting them used to working in small groups, which I’ll have them do frequently over the course of the semester, (c) demonstrating the relevance of the material we’ll be covering in class to issues that have bearing on their day-to-day lives.Report

and (d), getting them used to actively participating on the first day. It’s much harder to be silent and hide in the back of the classroom if there are three people in a group with you waiting for your input.Report

In an intro phil class, I have them take a fact they learned in another class, make the statement successively broader and more fundamental, until it’s a philosophy problem. Plants rely on photosynthesis for life sustenance > living things rely on energy for sustenance > what is “energy” or what does it mean to be “alive” or what is identity over time?

In a values class, I’ll have them take some minor wrong (cheating on an exam, say), and come up with every reason for what makes that wrong. All the major ethical theories usually end up represented.Report

1. I stated that everything in this class is negotiable, nothing is off-limit. However, you must present your argument well to persuade me, a proper philosopher.

3. I then did philosophy right in front of them. I picked a topic that I believe most students will find interesting, for instance, philosophy of education and its impact on parental expectation.

4. I briefly explained the skills required to do philosophy properly (which I promised to teach them.) These skills will of course bring us closer to our learning outcomes.

5. I grouped them into smaller groups and asked them to duplicate my methods in a similar yet crucially different problem.

6. I ended the first class with a summary from each groups. I asked them to spot the differences between theirs.Report

Students enter my Introduction to Ethics classroom in my absence. Unbeknownst to them, however, they enter alongside a confederate student who is acting on my instructions. After students have settled, my confederate reaches beneath his (sometimes, her) desk and “finds” a $20 bill (a sleight of hand) that he reveals proudly to those around him. He pockets the bill. I arrive minutes later and begin taking attendance. A second confederate then enters and, apologizing, explains that she (sometimes, he) thinks she may have dropped some cash while attending another class in the same room. I ask the class if anyone has found some cash, and ask them to take a second to look around their seats. The confederate’s job, meanwhile, is to STAY SILENT. If anyone happens to accuse him (or her) of finding the money, he is to DENY, DENY, DENY. The second confederate gives up and leaves. I return to taking attendance and the class is now thoroughly exercised. I let the awkwardness continue for a few minutes before exposing the experiment.

Thus begins an occasion to discuss reasons for revealing the theft, reasons for staying silent, the authority of moral reasons (if any), self-interest vs. morality, rough-and-ready principles of morality and so on.

(No, I have not secured IRB approval for this research. And yes, students remember this moment for years afterwards.)Report

Do you also take occasion to discuss the morality of lying?Report