L.W. (Lodi) Nauta, professor of philosophy and dean at the University of Groningen, is one of the 2016 winners of the Spinoza Prize, “the highest award in Dutch science.” It is bestowed by the Netherlands Organisation for Scientific Research (NWO).

The prize, which includes 2.5 million euros to be used for research purposes, is intended both as an honor and “an incentive to conduct further research.” It is awarded to researchers in the Netherlands “who rank as leading authorities in their field according to international standards.”

Professor Nauta was recognized for his work establishing “unexpected but structural parallels in his work between philosophical thought about language in the Middle Ages, the Renaissance and the twentieth century. His innovative approach combines linguistic, historical and philosophical insights about the place of humanism in the history of Western philosophy.”

You can read more about what the NWO found noteworthy about Professor Nauta’s work here.

The full list of Spinoza Laureates since the prize’s inception in 1995 is here. According to Catarina Dutilh Novaes (Groningen), who brought this news to my attention, the only other person working in philosophy to have ever won the prize is logician Johan van Benthem (Amsterdam). That was twenty years ago. 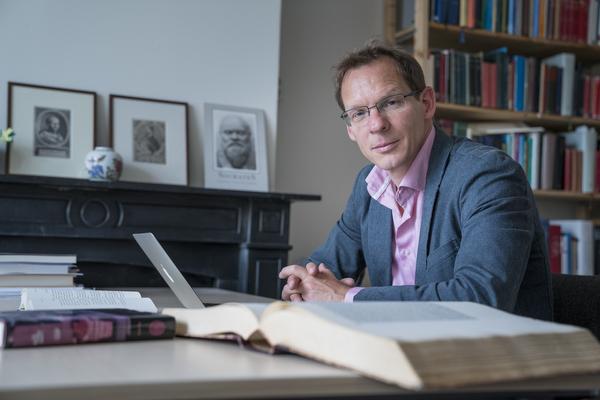 To be more precise, a number of other former laureates do touch upon philosophical questions in their research (Henk Barendregt, Annemarie Mol, Ineke Sluiter), but other than J. van Benthem (who has an appointment with the philosophy department at Stanford), Lodi Nauta is the first person primarily appointed at a philosophy department/faculty to win the Prize.Report