Martha Nussbaum (University of Chicago) is this year’s winner of the Kyoto Prize. The prize is offered by the Inamori Foundation, an organization created by Kazuo Inamori, who is better known as the founder of the large Japan-based multinational electronics firm Kyocera.

The prize is offered in several categories. Professor Nussbaum won in the “Arts and Philosophy” category. The award citation reads:

Starting with studies of ancient Greek tragedy and Aristotelian philosophy, Dr. Nussbaum has taken a critical stance toward the rational individualism in modern Western society while emphasizing the ethical values embodied in emotions. She strives to present ethics that effectively promote human welfare amid an environment of globally changing social conditions that often produce conflict in values and emotions.

Among her best-known achievements is the development of a political philosophy that focuses on human capabilities. Over many years, Dr. Nussbaum worked with Dr. Amartya Sen, an Indian economist who attempted to reintegrate philosophy and economics and advocated a capability approach to human well-being. Dr. Nussbaum’s version of the “capabilities approach” was created by developing the results of their collaborative research in a unique way. Reinterpreting the notion of Aristotle’s dynamis, she has advocated a new idea: that the normative justice of liberalism should focus on the development of capabilities—what each individual is able to do or be—so people can unlock their potential and flourish. Under the capabilities approach, for example, poverty is reinterpreted as capability deprivation rather than a mere lack of money. Using this theory, Dr. Nussbaum has injected new insights into the discussion of human welfare policy and forms of assistance to developing countries. She has also employed her capabilities-based theory of social justice to such human dignity topics as same-sex marriage, gender discrimination and the issue of sexual “objectification” by pornography.

Dr. Nussbaum has articulated a broad set of human capabilities that includes the inviolability of good health and bodily integrity, the free movement of imagination and critical thinking, and concern for other people and other species. Her list of capabilities is cited around the world as a normative theory for human rights education?and a base of assessment of human development and a foundation for public policy in areas ranging from child welfare to gender equality. She has attracted global attention for advocating liberal education as the foundation of democracy, and multicultural awareness as a path toward harmony among people of diverse cultures while she has engaged in in-depth discussion with people from different cultural backgrounds, particularly in India.

Dr. Nussbaum has devoted particular effort to researching the emotional origins of laws, and her conclusions influence penal policy and related legislation. She has analyzed the nature of negative emotions, such as anger, disgust and shame, reviewed many cases to examine how human vulnerability is connected to crime and penalties, and presented important views on the fundamental assumptions of a justice system. Amid growing intolerance and discrimination against dissimilar others, her work offers practical significance by identifying the underlying causes of problems and providing new pathways to solutions.

Dr. Nussbaum has led contemporary studies in social philosophy and ethics toward a future of greater human well-being, continuously applying her findings to some of today’s most vexing social concerns. Maintaining a strong sense of mission, she continues to seek ways of promoting the harmonious coexistence of different cultures and restructuring the public sphere.

The prize includes a gold medal, a diploma, and a monetary award of 50 million Japanese yen, which is currently roughly equal to $480,000. According to a press release from the University of Chicago, Professor Nussbaum plans to donate a portion of the award to the University’s Law School and its Department of Philosophy. “I love and respect these two exemplary academic communities and the values they stand for, and am so grateful for the generosity of my colleagues,” she said.

(Thanks to several readers for bringing this news to my attention.) 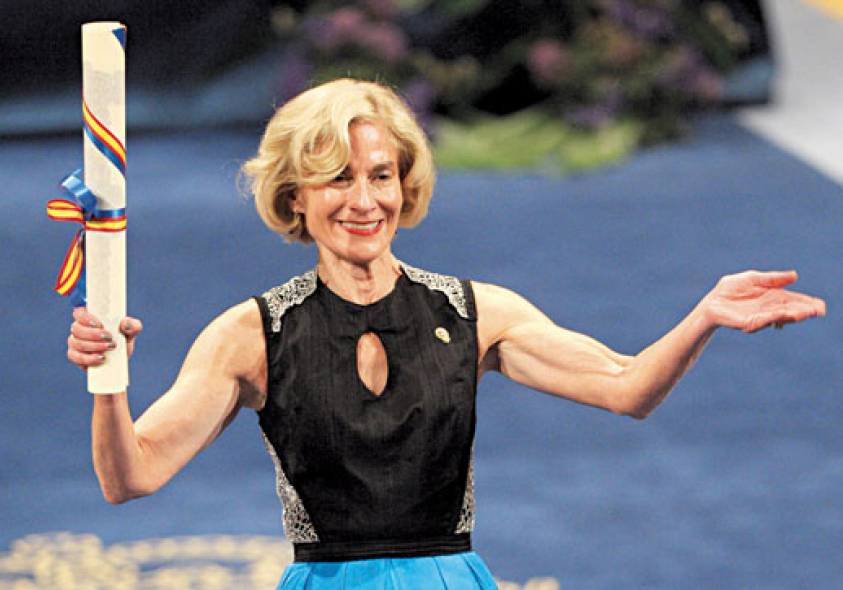 Martha Nussbaum at the 2012 Prince of Asturias Awards Presentation Ceremony