The Bertrand Russell Society issues an annual award in recognition of individuals or institutions that follow “in the Russellian tradition of encouraging philosophical inquiry in a popular manner.” The winner of the 2016 Bertrand Russell Society Award is Philosophy Now, a “magazine for everyone interested in ideas” that “aims to corrupt innocent citizens by convincing them that philosophy can be exciting, worthwhile and comprehensible, and also to provide some light and enjoyable reading matter for those already ensnared by the muse, such as philosophy students and academics.” Philosophy Now, which is published every other month, is currently celebrating its 25th Anniversary.

Philosophy Now’s editor-in-chief, Rick Lewis, will accept the award on behalf of the magazine at the Bertrand Russell Society’s 2016 annual meeting, which will be held at St John Fisher College in Rochester, New York later this month.

A list of previous winners of the Russell Society Award is here. Issues of the society’s Bulletin are available here. 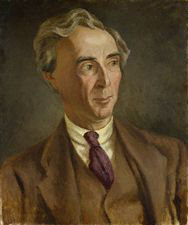