The Board of Trustees of Western Illinois University (WIU), following up on its previously announced plans, ignored substantial opposition and voted unanimously this past Friday to eliminate its school’s philosophy major (along with majors in African-American studies, religious studies, and women’s studies).

Eliminating the majors may result in employees being laid off, according to the resolution the Trustees approved.

WIU philosophy professor Christopher Pynes describes the events leading up to the elimination of the philosophy major, along with some concerns and questions about the decision, here. He asks: “Is the study of philosophy to be reserved only for students who attend flagship or private universities?” 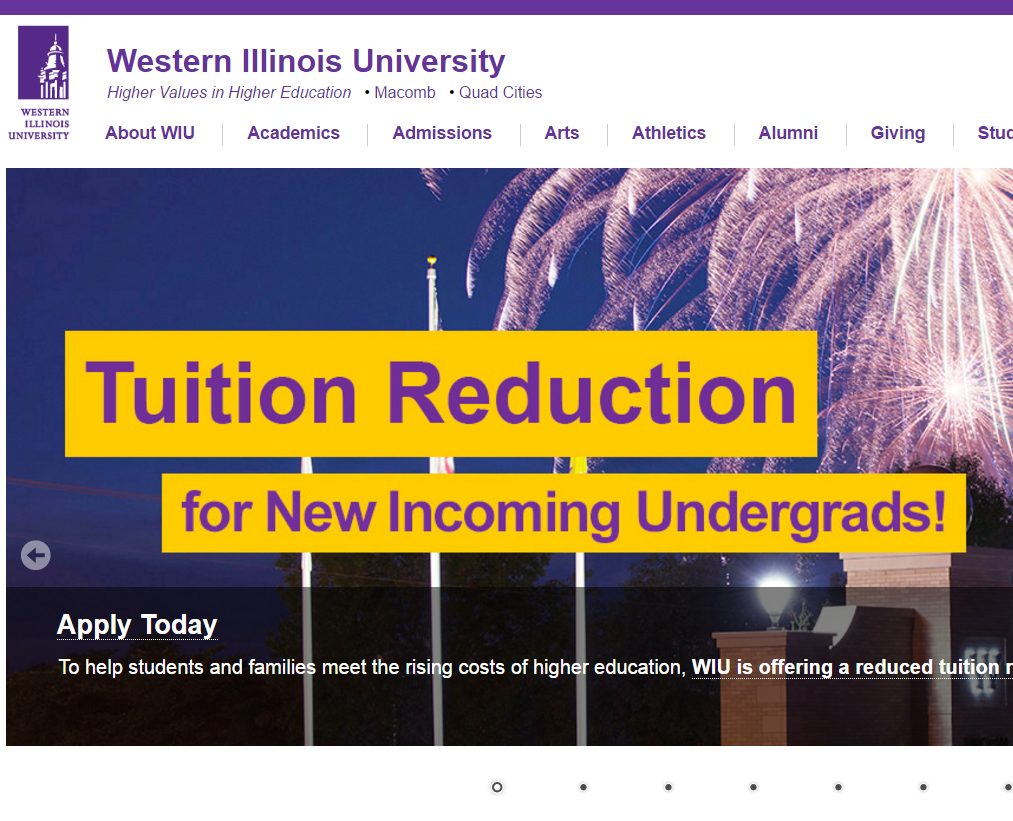 Because of all the money we’re saving! By eliminating the philosophy major! Don’t ask too many questions!

Disappointing, if unsurprising given the state of public universities in Illinois. It remains unclear to me exactly how the elimination of a major degree program seriously saves any institution a great deal of money, except insofar as it provides some apparent justification for firing tenured faculty.Report

Pynes says in his post you linked to that “Before casting the vote, Trustee Lyneir Cole says: “Before the vote, Interim Provost Kathleen Neumann, states the elimination is a result of low enrollment and low student interest NOT the Illinois budget crisis. … the stated point of these eliminations was not about cost savings.” To me that is even worse than a budget crisis, and should be seen as a far more ominous sign to philosophers at other institutions. What is the rationale EXACTLY, rather than vague statements about students’ interests? I also wonder as a practical matter if WIU has the capability to fire tenure faculty for vague reasons they admit are unrelated to financial exigency.Report

Sorry for the typos there.Report

I’m pretty sure that building a philosophy department is a fairly cheap way for a public university to get that thing we all need to survive: prestige. Isn’t that what they did at Rutgers? Justin, can you get someone from Rutgers- someone who has been there for a very long time- to explain to the rest of us how they built their department? I think the rest of us might do well to copy them. I mean, if every university had a Nussbaum or a Chomsky (neither at Rutgers, I know- the point is, they’re still a lot cheaper than scientists with their particle accelerators and lab-or-atory equipment) philosophy might be taken a bit more seriously by our universities.

As for student interest, yeah, that’s probably real. If we’re not filling seats, our courses won’t be justified financially. We need to make our classes more interesting to more people- if someone wants to write about how to do that, that would be good too.

Off the grid
Reply to  HFG

It’s a nice thought, HFG. But there’s no way that what Rutgers did could become a general thing that philoosphy departments do.

Rutgers basically managed to become what it is by, first, getting a couple of world-class philosophers to join the department, and then using that to build up interest among other world-class philosophers, and Rutgers administrators, in continuing the trend. Chance and negotiation skills were important factors, naturally. Eventually, they got a sufficient critical mass that the rest became relatively easy.

But the whole thing wouldn’t work if, say, 500 departments tried it at once. There just aren’t enough philosophers who are household names to populate 500 departments. Not even a small fraction of that, actually. It’s the fact that Rutgers is one of the only places where you can find a department of that caliber that protects it to the extent that it’s protected. Sad to say, the game is zero-sum, and it can’t be the basis for a general strategy. But there are other approaches that could work more generally than the Rutgers strategy.Report

HFG
Reply to  Off the grid

I’m not sure it’s strictly a zero-sum game. But I’d like to hear your strategies. And I don’t think it would be impossible to get one of the old-timers (is that offensive? if so, I’m sorry) to tell us what worked. There may be some cooperative strategy that can work here.

PS: I’m intrigued that people give me detailed responses here and explicitly point out that they’re not using their own names. It makes me feel important, like I’m speaking truth to power- or at least, inspiring others to do so.Report

A “Nussbaum” or a “Chomsky” would at a minimum expect to be at a Ph.D. program, which Rutgers has and Western Illinois doesn’t. And telling departments in danger of losing their undergraduate majors that the first thing they need to do is start a Ph.D. program and then hire a superstar or two won’t be helpful.Report

Well, maybe a mini-Nussbaum or a mini-Chomsky would be okay without a PhD program? Who counts as such a person? I don’t know, maybe anyone who wrote an accessible book on an area of contemporary philosophical research?

I don’t really know how any of this stuff works. I was just thinking about the Urban Legend of Rutgers and I was wondering what the real story was, and whether it might provide the seeds of a strategy for convincing universities not to get rid of their philosophy departments.Report

I don’t have any, like, actual data, but my guess is that Critical Thinking and Introduction to Philosophy both get good enrollments. But that’s mainly because those are two classes that are in the core curriculum at many schools: Intro (for instance) may be one of 4 classes that satisfies a Humanities distribution requirement somewhere.

That’s why so many Catholic schools have ginormous philosophy faculties relative to their student body population. (John Carroll University, for instance, has about 3,000 undergrads and 10 full time faculty.) They require 2 or 3 semesters of philosophy of all students.

I’m all for getting students turned onto philosophy in high school, but in the short term, a good strategy is fighting to get philosophy courses into the core.Report

At my (relatively small) public liberal arts college, we get 120 each semester in Intro to Logic (fulfills a core requirement in numeric/symbolic reasoning). Beyond that, our biggest enrollment is in Business Ethics–we fill two or three sections each semester, with 40 students per section; that course is required for all students who major in business administration or accounting. Most of our other courses (ancient, modern, ethical theory, epistemology, metaphysics) land in the 20-30 range. Most of us also regularly teach a required core course in the western tradition (35 students per section). We have 50 or so majors at a school of 5000; our department has 9 full time tenured/tenure-track faculty.Report

But the department chair at WIU, Gordon Pettit, suggested in the previous Daily Nous post on this that the student enrollment did not decline, so there’s some reason to believe it’s not real: “In our particular case, the decision was based on numbers from the fall of 2011 to the fall of 2015. Our philosophy program is small with only five faculty teaching in 2011, and in 2015 we had only three. One wonderful faculty member had passed away and was not replaced, even though his courses enrolled at greater than 95% of capacity. In 2015 we also had one faculty member on sabbatical. Thus our student credit hour production was down nearly 40% — exactly what one would expect with a 40% decline in faculty available to teach. Despite that, our number of majors had actually increased.”Report

That’s an important point Kate. I didn’t mean to come off as blaming WIU for what happened to them, and I’m sorry if it seemed that way. And I obviously didn’t read the whole posting. I guess I’d like to know how to convince universities that philosophy should matter to them. I’m pretty sure they’re pretty bottom-line oriented- so we should probably appeal to that if we want them to keep us.Report

I don’t expect this suggestion to be popular, but kids love grades. And they’re not going to risk getting a bad grade if it doesn’t matter for their major. Maybe if there were more pass/fail “philosophy of ______” courses, we would have better enrollment.Report