Morton White, Professor Emeritus in the School of Historical Studies at the Institute for Advanced Study, died on May 27th. Over the course of his career he taught philosophy at City College of New York, Columbia University, University of Pennsylvania, and Harvard University.

The Institute of Advanced Studies has published an obituary, from which the passages below are excerpted. They paint a portrait of a philosopher interested in an exceptionally wide range of inquiries:

Born in New York City on April 29, 1917, White was influenced early on by his upbringing on the Lower East Side, where his father, Robert Weisberger, owned a shoe store frequented by neighborhood politicians. The daily exposure to lively exchanges of ideas and commentary inspired White to enroll at the age of fifteen at the City College of New York to study philosophy. After completing his bachelor’s degree, White was accepted as a graduate student at Columbia University in 1936, where he obtained his A.M. in 1938 and then his Ph.D. in philosophy in 1942.

White is credited with broadening the scope of topics traditionally studied by philosophers, with incisive analysis in the realms of epistemology and social and political philosophy. In his philosophy of holistic pragmatism, he bridged the positivistic gulf between analytic and synthetic truth as well as that between moral and scientific belief.

On White’s influence, Stanley N. Katz, Lecturer with rank of Professor in Public and International Affairs at the Woodrow Wilson School, Princeton University, and President Emeritus of the American Council of Learned Societies, noted, “I am a historian, and for decades Morty seemed to me Philosophy’s ambassador to history and the humanities. His Social Thought in America demonstrated for us as historians the sort of rigor we had seldom employed in writing modern intellectual history. Morty had an uncompromisingly hard-edged analytical style, and, unlike his close friend Isaiah Berlin, took no intellectual prisoners…”

White’s later books have had a similarly profound impact on the field, stemming from his call for a broadening of the topics traditionally studied by philosophers. In From a Philosophical Point of View: Selected Studies (Princeton University Press, 2005), he asserts, “We should use this stock (of fundamental beliefs) not only while reflecting on mathematics and natural science but also while examining other institutions such as politics, art, literature, history, law, education, and religion.” Experience and morality, White argued, influence the way we think and cannot be ignored in any sophisticated philosophical study. In his book The Question of Free Will: A Holistic View (Princeton University Press, 1993), he notes, “My corporatism differs from the view of some other holists insofar as I hold that moral beliefs may be included in a tested body of beliefs that also includes nonmoral beliefs.” In promoting a philosophy of culture, White helped to change fundamental assumptions about what philosophers should study, contributing to a new holistic and all-encompassing definition of the philosopher’s mission in life.

The broader philosophy that White compellingly advocated led him to explore a more “practical” way of applying philosophy to institutions present in everyday life, as he noted in Science and Sentiment in America: “In the middle of the spectrum, however, between highly specialized epistemologists and great-souled sages, there are philosophers who have their epistemologies all right, but who keep them warm by linking them to reflections on the great disciplines and institutions of civilization.” While White maintained a strong philosophical grounding for his arguments, he used this foundation to promote a wider study of culture. In his works on the political philosophy of the American Revolution, White demonstrated how a philosophy of culture functions in practice, and how philosophy of science is most definitely not philosophy enough. In collaboration with his first wife, Lucia Perry White, he explored the theme of anti-urbanism in American thought and the role of the city in relation to societal values and attitudes in The Intellectual Versus the City: From Thomas Jefferson to Frank Lloyd Wright (Harvard University Press, 1962). The Whites were greatly influenced by numerous trips to Japan and were among the first Western academics invited there after the Pacific War in 1952, and subsequently made four more trips, the last one in 1979. During these visits, as documented in Journeys to the Japanese, 1952–1979 (University of British Columbia Press, 1986), the Whites developed close ties with many Japanese intellectuals and their families and were able to observe Japan and Japanese life during a pivotal time.

In 1999, White published his autobiography, A Philosopher’s Story. 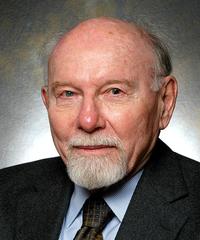 The last philosopher to have impressed me for living into such an old age was Peter Geach. Rest in peace, Dr. Morton White.Report

His 1956 book “Toward Reunion in Philosophy” is underrated and underread in contemporary philosophy.Report

I expect that this isn’t a very common position, but I’ll admit that I always found White’s attack on the analytic/synthetic distinction, “The Analytic and the Synthetic: An Untenable Dualism” more interesting and plausible than Quine’s attack in “Two Dogmas”. I think it’s too bad that it didn’t get more attention.Report