Nicolas De Warren, currently Research Professor of Philosophy at KU Leuven and and Director of its Center for Phenomenology and Continental Philosophy/Husserl Archives, will join the Department of Philosophy at Penn State as Associate Professor in August, 2017. Professor de Warren works in phenomenology, neo-Kantianism, and the impact of World War I on European philosophy.  See the announcement for further details. 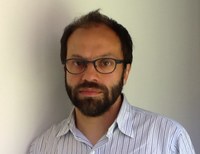