That trolling is a shameful thing, and that no one of sense would accept to be called ‘troll’, all are agreed; but what trolling is, and how many its species are, and whether there is an excellence of the troll, is unclear. And indeed trolling is said in many ways; for some call ‘troll’ anyone who is abusive on the internet, but this is only the disagreeable person, or in newspaper comments the angry old man. And the one who disagrees loudly on the blog on each occasion is a lover of controversy, or an attention-seeker. And none of these is the troll, or perhaps some are of a mixed type; for there is no art in what they do. (Whether it is possible to troll one’s own blog is unclear; for the one who poses divisive questions seems only to seek controversy, and to do so openly; and this is not trolling but rather a kind of clickbait.)

Well then, the troll in the proper sense is one who speaks to a community and as being part of the community; only he is not part of it, but opposed. And the community has some good in common, and this the troll must know, and what things promote and destroy it: for he seeks to destroy.

From Aristotle’s little-known “On Trolling.” This is a gem. Excellent, uh, translation, by Rachel Barney, and kudos to the Journal of the American Philosophical Association for publishing it. 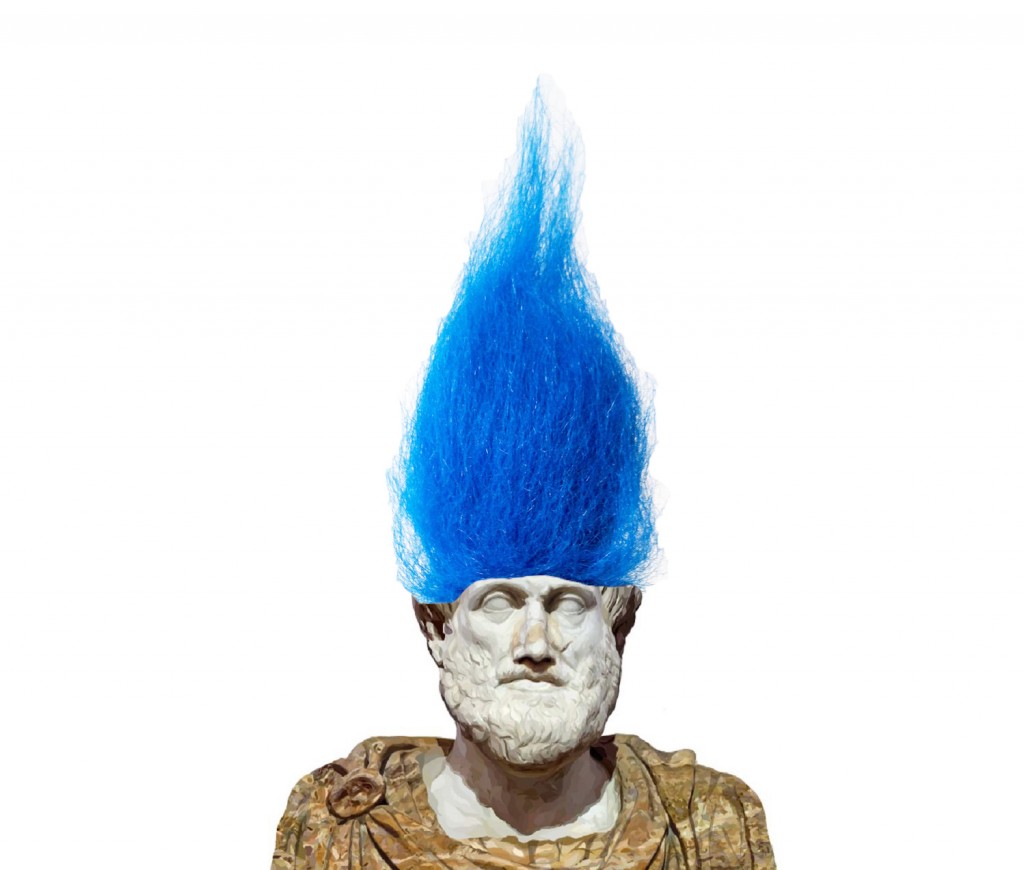 This is right up there with Plato’s little-known dialog “Rickrollias”.Report

“It is certainly good for one to have a companion who would never give one up; nor let one down, nor run around and hurt one. It should therefore bee seen as a necessary good that such a person would make an attempt to let one know how he was feeling; indeed, it can truly be said that it is his duty to make every attempt to be understood in this matter”.Report

And let’s not forget the Aristotelian fragment on golf, discovered in the late 19th century by A. Godley (no relation) and printed in the Oxford Magazine: https://goo.gl/I4Fn4GReport