When I look back at the projects I pursued during my career, a certain pattern becomes evident.  In several cases I was drawn to an idea, or a theory, that had been declared dead.  In each case, when I looked at the death certificate, it seemed to me that the victim deserved to be resuscitated.  I devoted myself to this project of bringing the dead back to life.

That’s Fred Feldman, professor emeritus of philosophy at the University of Massachusetts, Amherst, in an interview with Clifford Sosis (Coastal Carolina) at the What Is It Like To Be A Philosopher? site. The interview is interesting throughout, with Feldman describing his life and education—including not getting into a college owing to its quotas on Jews, his itinerant graduate studies, a wonderful description of Roderick Chisholm as a teacher, being put in his place by Ruth Barcan Marcus, being convinced out of an area of specialization by a colleague who he thought could do it better, and the rest of his career up to what sounds like an amazing retirement party, and beyond.

Following the quote above, Feldman describes how, contrary to the historical consensus (and what he perceived to be the opinion of his colleagues), he took up and defended unpopular or discarded views. I think this is one of those things that shows off both what’s good and what’s bad about philosophy. It’s great because it’s a part of that philosophical spirit to not let the popular or conventional be mistaken for the true. But it is also, I think, an effect of the contrarianism than philosophers are often drawn to, sometimes unconsciously, as an occupational hazard. We love to argue, and we love to be smart. What better way to get into a philosophical argument than to try to defend an unpopular view, and what better way to be smart than to be frustratingly good at defending it? (Note: this is not to say that people consciously pick views to defend because the views are dead or unpopular.) 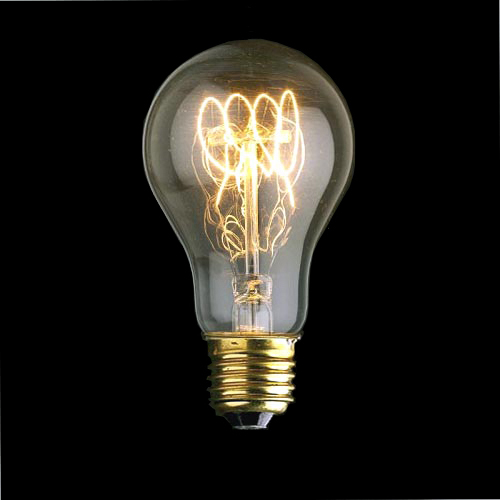 I was thinking exactly the same thing. Add in the fact that academia selects-for this variety of ‘boldness’ and ‘originality’ and we basically have a guarantee that we will never agree on anything.Report

In what sense, exactly, does one “progress” in philosophy? Are we supposed to advance by a Popperian falsifiability? Do we discount old theories because we have proven them “untenable”? Or do we not, precisely as philosophers, necessarily plunge ever deeper into the same, endless mystery that is being itself? Is Thomas Aquinas obsolete? Is Hegel? Kant? Should we forget Duns Scotus? How do we “check” his “results”, exactly? Should we be polling people on whether or not they find a transcendental concept is one which applies transcategorically, or one simply which does not fall under a more universal genus?

To “progress” in philosophy is, near as I can tell, to not be doing philosophy.Report

Equivocation: Being new = Progress towards truth. Far too often in our discipline, what is novel replaces something of greater value and/or truth. These the latest ideas are perhaps taken up because we have yet to fully realize our own philosophical ideals: we are peculiarly drawn to what is shiny and new and on trend just the same as everyone else.Report

“To “progress” in philosophy is, near as I can tell, to not be doing philosophy.”

I’ve read this five times, Brian,. and cannot make sense of it. I wonder why “progress” is in scare quotes and how one can make progress by not trying to make any. It reminds me of the comments made by Gerald Rattner about his jewelry range that destroyed his business.

—“Are we supposed to advance by a Popperian falsifiability?…. ”

Usually we use the dialectic method to refute logically unsound theories. Neat and tidy and works just fine as long as we do not ignore our results. Only if we ignore our results would progress necessarily become impossible, but this would be true in any .discipline.

Progress, you know, movement forward, the sort of thing science does all the time, answering questions, solving problems and so forth. I presume this is the definition you were using.Report

Forward–from what, towards what? “Solving problems”–one solves problems in order to further some end, which is to say that solving problems is the function of a means. Philosophy, then, would be a means, something subservient, servile and in subordination to some higher end not encompassed by the reach of philosophy itself.

I am utterly at a loss as to what that could be, such that philosophy would remain itself, aside from the inquiries of a theology rooted in the acceptance of faith in some divine revelation.Report

I am at a loss to know what to say. You seem to be saying that philosophy is a waste of time and that the only way to make progress is to stop doing it. I thought I was a strong critic but your criticisms are far more damaging than mine. .Do you really believe that it would be impossible to solve a philosophical problem? I wonder what gets you up in the morning. I wonder also why you would ignore most of philosophy in order to maintain your view.

It seems that you believe the universe is incomprehensible, and that philosophy is a product that should be referred to Trading Standards for failing to work as it says on the tin. I cannot take such a view seriously. It’ is a generalisation of your experience of philosophy and no more than this. Please do not assume that it is everybody’s experience or it will become a personal slight on the ability of philosophers everywhere.

Of course philosophy is a means. One solves problems in order to understand the world. This is what it is for. What other use could it have? It is as useful, more so I would like to argue, than mathematics and physics for exactly this reason. It seems then that I have a much higher opinion of philosophy than you. I can only assume that this is because you do not venture beyond the walls of the academy and so do not see the discipline as whole. It is this lack of foreign travel that would be my criticism. It leads to group-think.Report

You’ve completely misunderstood my point–leading you to strawmen and near ad hominem attacks–and I think it is, in fact, because you are an adherent of the mentality which subsumes philosophy into the world of work. You seem to presuppose progress itself as a good. I don’t want to get into a protracted internet argument, however, because it would take a great deal of time and would probably not get us very far.

That being said, there are many philosophers I believe who would agree with me; most well-known being Heidegger. But for a more succinct and approachable account, you could try Josef Pieper, in Leisure the Basis of Culture, The Philosophical Act, and In Defense of Philosophy.

Oh, and also, you know, Aristotle.Report