The following is a guest post* by Nomy Arpaly, professor of philosophy at Brown University. In it, she discusses the effects of politeness and rudeness in philosophy. It was initially posted at PEA Soup.

When he said “suppose I wanted to slap you”, his butt actually left his chair for a moment and his hand was mimicking a slap in the air.

It is a big part of moral behavior in ordinary situations not to kill people. Yet the morally healthy inhibition against killing people has to be lost, of necessity, in war—even in a morally justified war.It is a big part of politeness—not in the sense of using the right fork, but in the sense of civility—in ordinary situations not to tell another person that she is wrong and misguided about something she cares a lot about, or that she cares about being right about. For brevity’s sake, let’s just say it’s a big part of politeness or civility not to correct people. Yet the civilized inhibition against correcting people has to be lost, of necessity, in a philosophical argument.

A soldier who is fighting, even for a just cause, is in a precarious situation, with regard to morality, because he has lost, of necessity, the basic moral inhibition against killing people.

A philosopher who is arguing with another, even in pursuit of truth, is in a precarious situation with regard to politeness, because she has lost, of necessity, the basic civil inhibition against correcting people.

I do not wish to be a philosophical pacifist. I think arguing—including, naturally, correcting and being corrected—is something for which there is no substitute in philosophy. I remember it whenever a beginner graduate student asks me how to anticipate objections or simply how to “see” the arguments for the other side of one’s view, which, as per Mill, is important if we want to understand our own view at all. I tell her that we humans are pretty bad at imagining what having the opposite view would be like (more on the badness of our imagination some other time), and thus there is no substitute for talking to someone who disagrees with you and who can “pressure” you hard to come up with answers to her arguments. Someone who pretends to disagree is not enough, as the same lack of imagination makes us bad at the pretending. You need the real thing. Argue for the opposite view if you wish—and see how much your writing, even as you do so, even as you do so casually, is guided and improved by imagining an interlocutor who deeply disagrees. For real philosophical writing, as opposed to a post like this one, nothing short of talking to a real disagreeing interlocutor will do (note: I am not going to argue from the ambiguity of the words “argument” and “disagreement” because I’m not monolingual).

I am not a philosophical pacifist, but you don’t need to be a literal pacifist to oppose war crimes, and you don’t need to be a philosophical pacifist to oppose gratuitous rudeness. Being compelled to break the rule of thumb against telling people that they are mistaken in the understanding of an important thing is no excuse for also yelling at them, repeatedly interrupting them and talking over them, responding to their painstakingly prepared talks with a sneering “why should I be interested in any of this”? (as opposed to a “does this have any implications for my field” or “how does it fit in the literature”), and worse things that we philosophers do, such as asking a job candidate about the counterfactual merits of hypothetically slapping her.

Furthermore, I will argue against the philosophical Henry Kissinger within many of us who worries that whatever might be true about war and war crimes, realistically speaking philosophical rigor just requires rudeness.

Some would find it funny that anyone should need to argue against rudeness. It’s clearly a vice, virtue ethicists would say. Politeness is a form of respect for persons, Kantians would chime in. Politeness is good for social cooperation, utilitarians might add. I take these things to be true.

I would like to add the following. I think the state of women in philosophy can be improved significantly simply through the elimination of rudeness in philosophical discourse. One can have many views about things we could or couldn’t do, should or shouldn’t do, to improve the state of women in philosophy, but before we settle those issues, why not start by doing what we already know that we have excellent reasons to do—utilitarian, Kantian, virtue-oriented, and commonsensical reasons, independent of any special feminist theory—and reduce our rudeness?

Here is how I think it will help. First, if everyone is rude, women are judged unfairly (as potential colleagues, for example) because rude women are treated more harshly than rude men, by everyone, due to implicit bias. Implicit bias is notoriously hard to change, but thankfully it is not as hard to change behavior—such as rudeness. I am not saying that we should not try to change implicit bias—of course we should—nor am I saying that changing behavior is easy (I have plenty of experience to the contrary), but you get my drift.

Second, in the actual world, polite women are also judged harshly when they respond to the rudeness of others. In a job interview, for example, a woman who faces a rude interviewer has the choice between responding assertively (and thus facing the notorious “shrill voice” bias) and responding gently. A woman who responds in a gentle, conciliatory manner to a rude interview question, or who looks too insecure and intimidated in response to the rude question, is often perceived by the some people in the room as not having enough to say. This whole painful catch-22 does not occur if the interviewer is not rude in the first place. Again, changing behavior is much easier than changing implicit bias.

Third, it has been said many times that women are put off by the idea of entering philosophy because girls are not taught to handle confrontational, adversarial situations, or situations where one’s abilities are judged harshly. Some think philosophy should change here—either through what I called “pacifism” earlier or through changing the way we evaluate people, or otherwise. Some, on the other hand, say that though the education of girls should change, philosophy shouldn’t. After all, girls and women play sports nowadays, and compete in athletics, and the ones who do most definitely don’t ask for the rules of rugby to be changed to make it kinder and gentler, or for boxing be made non-adversarial, or for the cruelty of publishing players’ stats to be stopped.

Me? All I want to do here is suggest that we try to eliminate what we already regard as foul play,what we already know we shouldn’t do but do anyway. It won’t solve everything, but if we reduce rudeness, I solemnly promise that more women will want to do philosophy. I hereby conjecture with confidence that the simple words “sorry, but you were saying?”, can make a critical difference, consciously or not, to some young women’s readiness to do philosophy. It might sound silly, especially if one forgets how susceptible all humans are to seemingly insignificant factors, but it is not silly, but rather tragic, if we have lost some wonderful potential contributions to the field just because we couldn’t wait for someone to finish talking. It would show the wrong priorities if we continue to lose such wonderful contributions in the name of some supposed sacred right to be as obnoxious as we’ve always been.

Some people would worry that if you eliminate rudeness during philosophical discussions you’ll have to turn down philosophical rigor. That this is false is shown quite simply by the example of philosophers who argue very rigorously without being rude. It is shown most emphatically by downright quiet, mild-mannered philosophers whose objections, expressed in a nice tone of voice, are nonetheless absolutely lethal. I do not wish to mention living people, but I will mention my memory of Fred Dretske who, during his days at Stanford, showed us graduate students how to scare the hell out of a visiting speaker with a very polite request for clarification and an “I see, thank you” after the reply. Fred and others have taught me that not only is rudeness unnecessary for rigor, it’s not even necessary for being frightening!

They say revenge is best served cold. Objections can be delicious at room temperature.

I’m not saying that we should all be quiet. Philosophical discussion can legitimately feel like a very tiring game of squash. But as Gary Watson noted, though the intensity of playing squash might cause a fantasy about punching your opponent in the face to go through your mind, there are some desires one should not act on, whether one is an athlete, an accountant, or a philosopher. 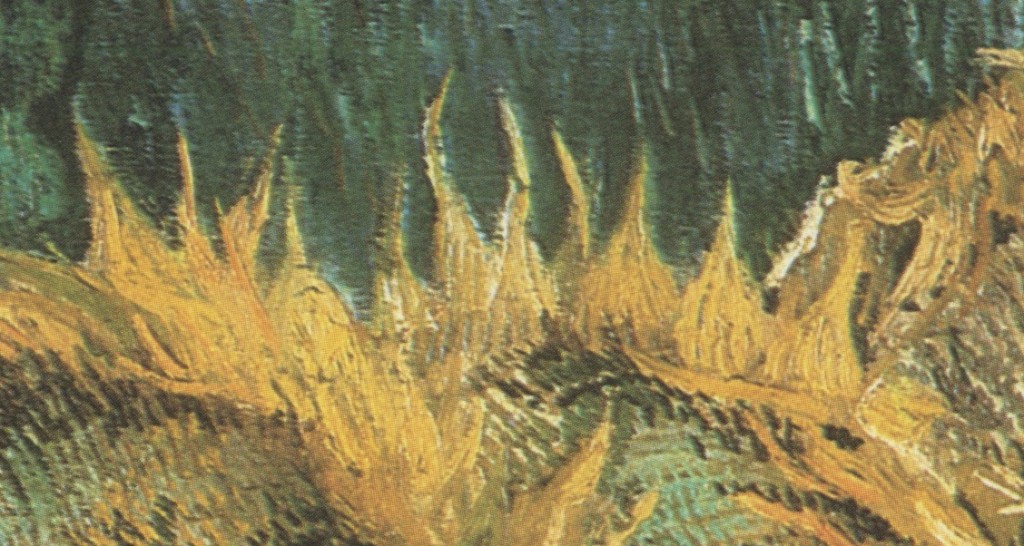