Humanities Indicators, a project of the American Academy of Arts and Sciences, has released new degree-specific data on various humanities subjects, including philosophy. Here are some of the findings. All data and images below are from the Humanities Indicators site. 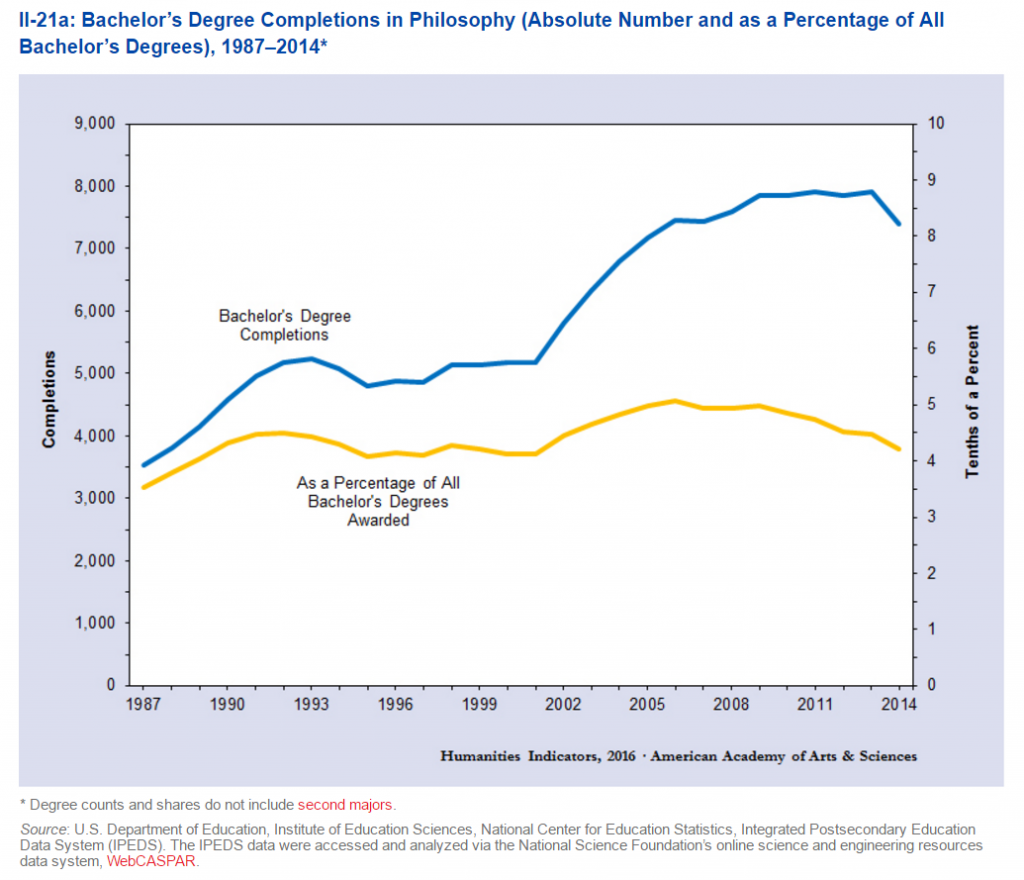 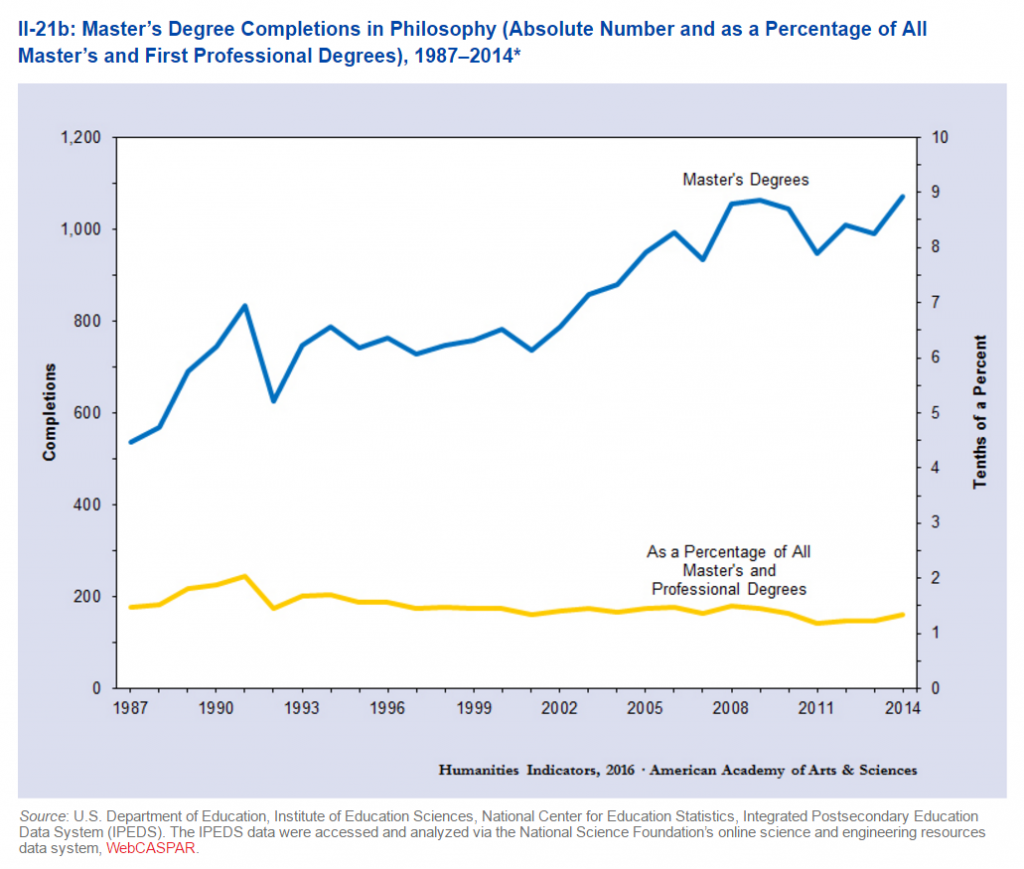 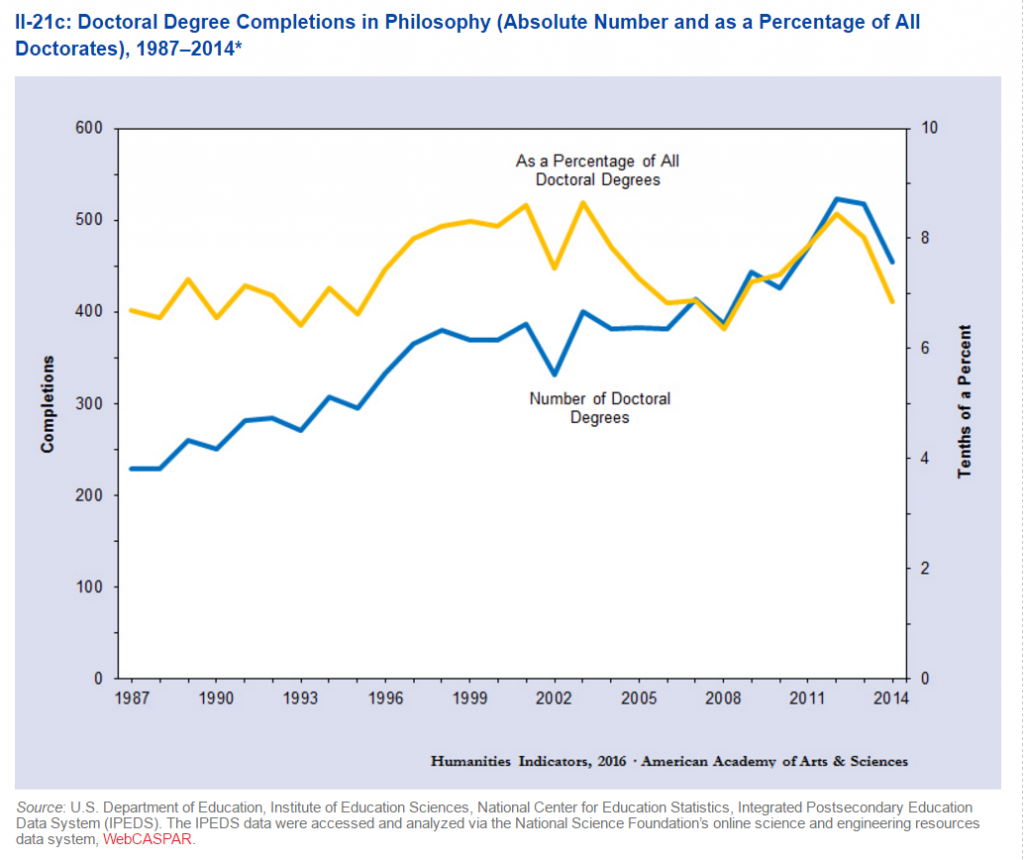 Regarding racial and ethnic distribution of degrees in philosophy: 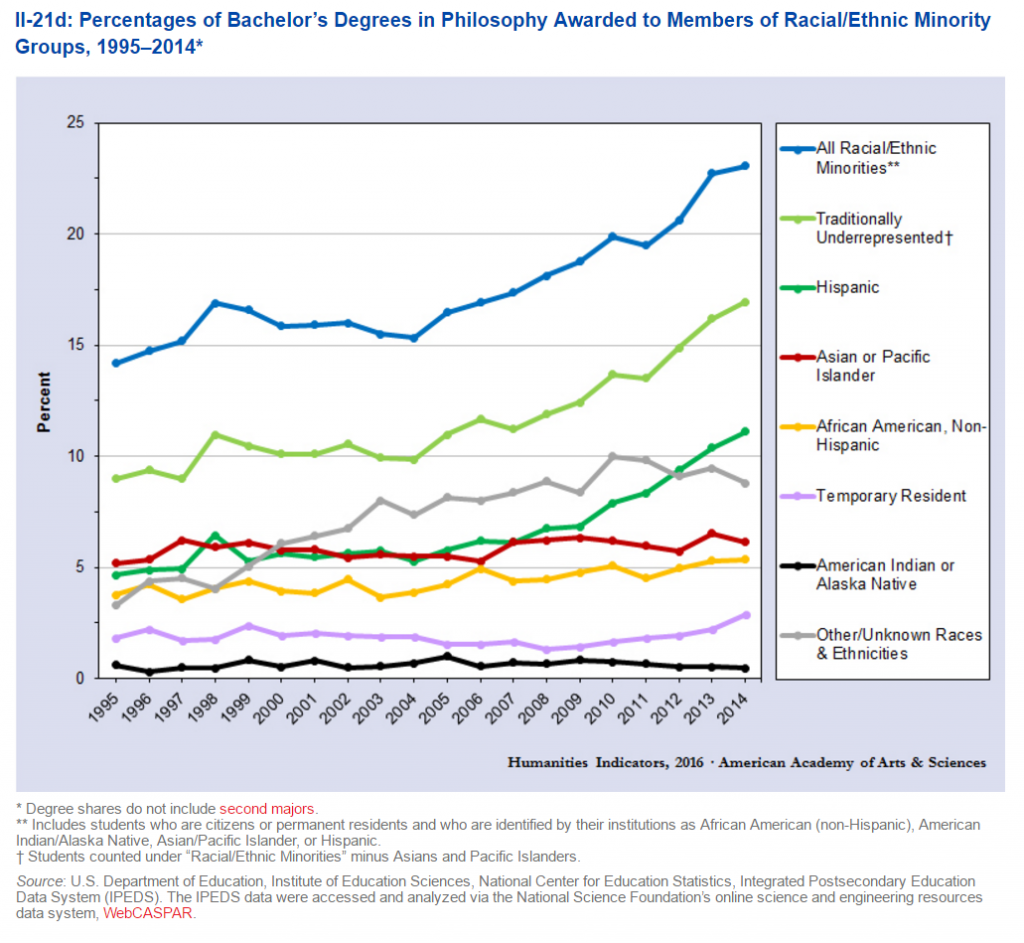 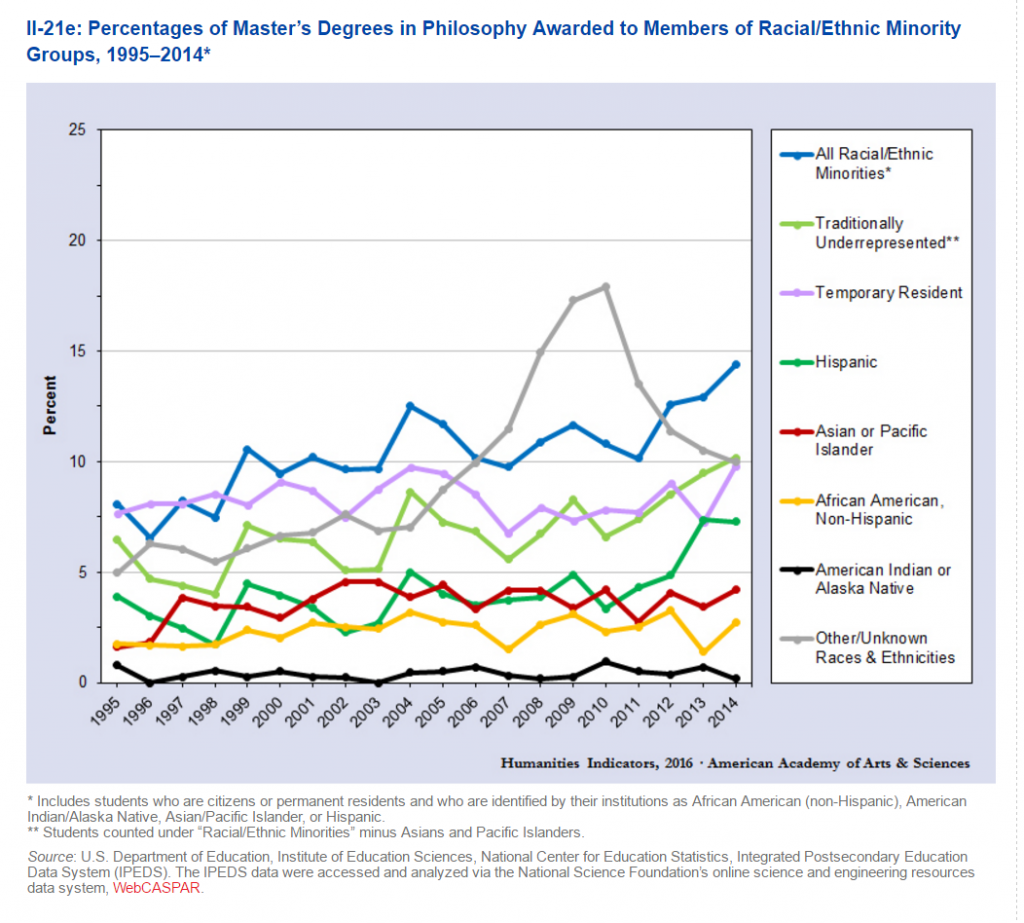 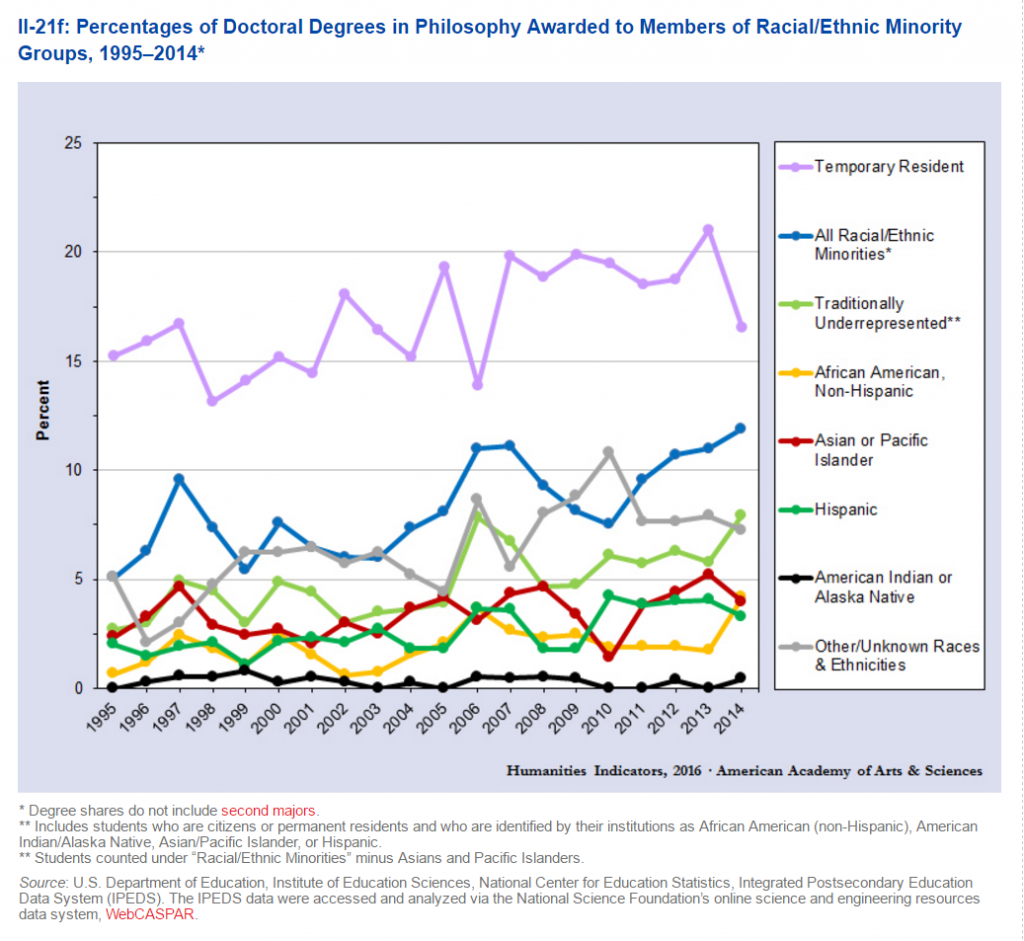 Regarding degrees in philosophy awarded to women: 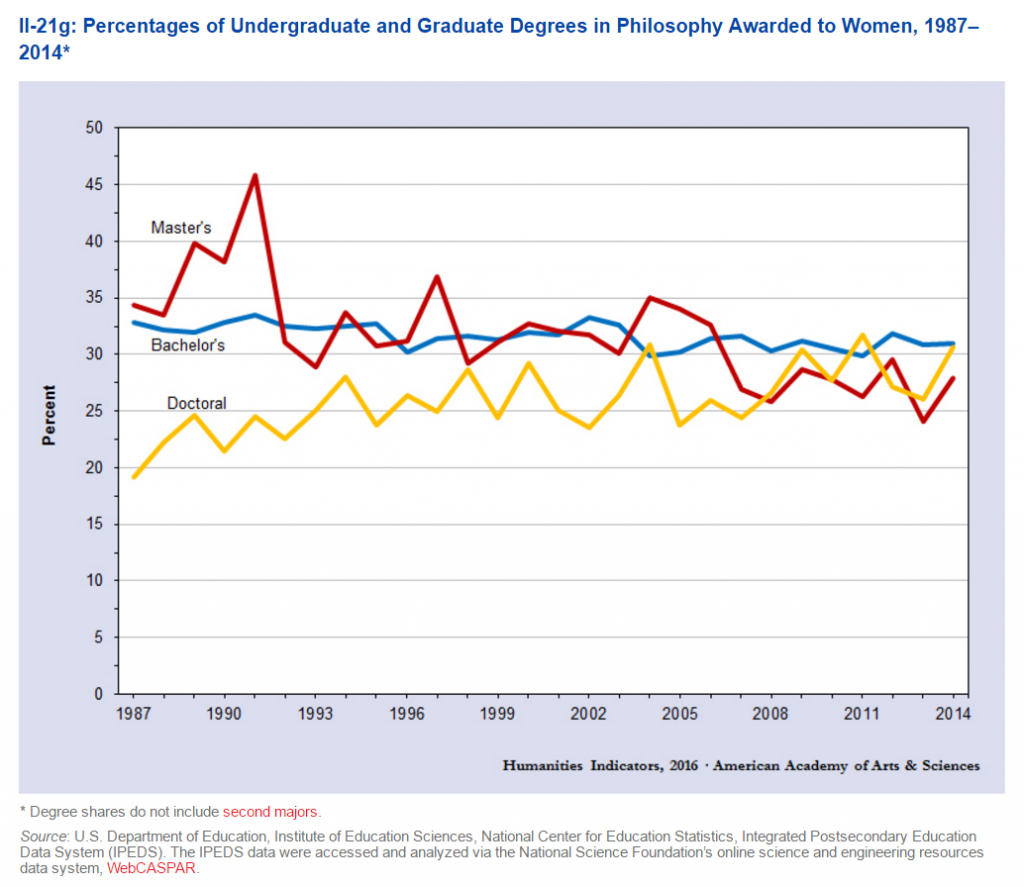 In March Humanities Indicators released information on the proportion of humanities degrees awarded by discipline: 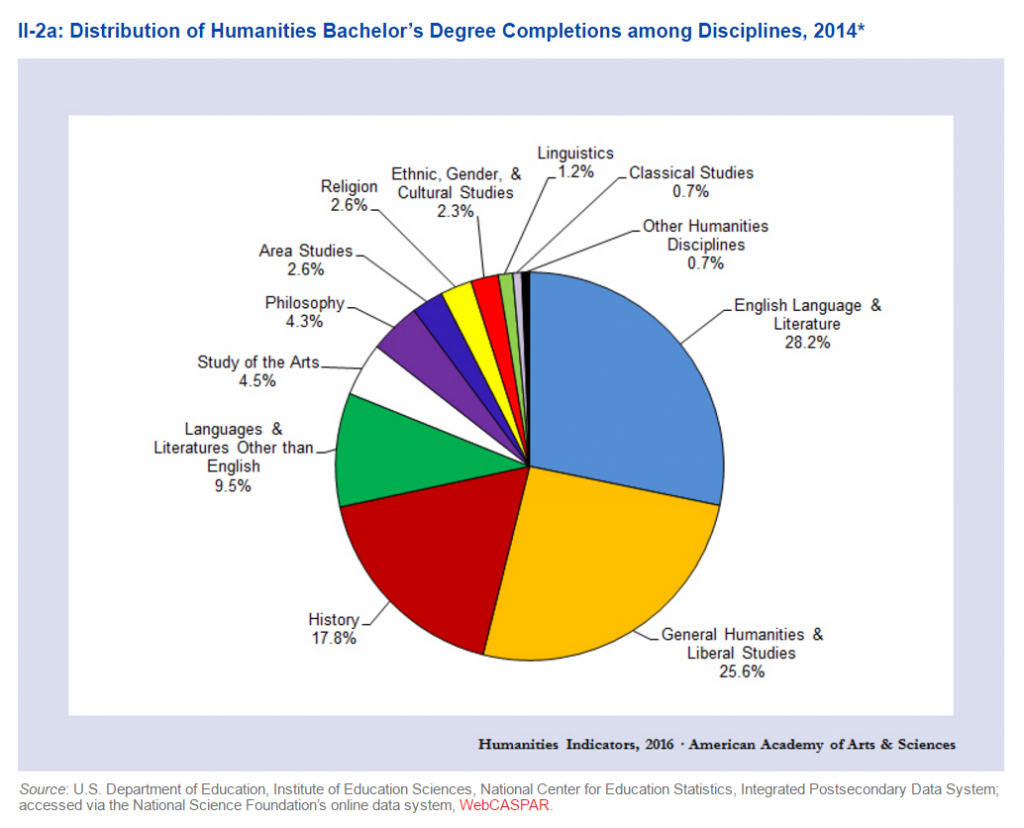 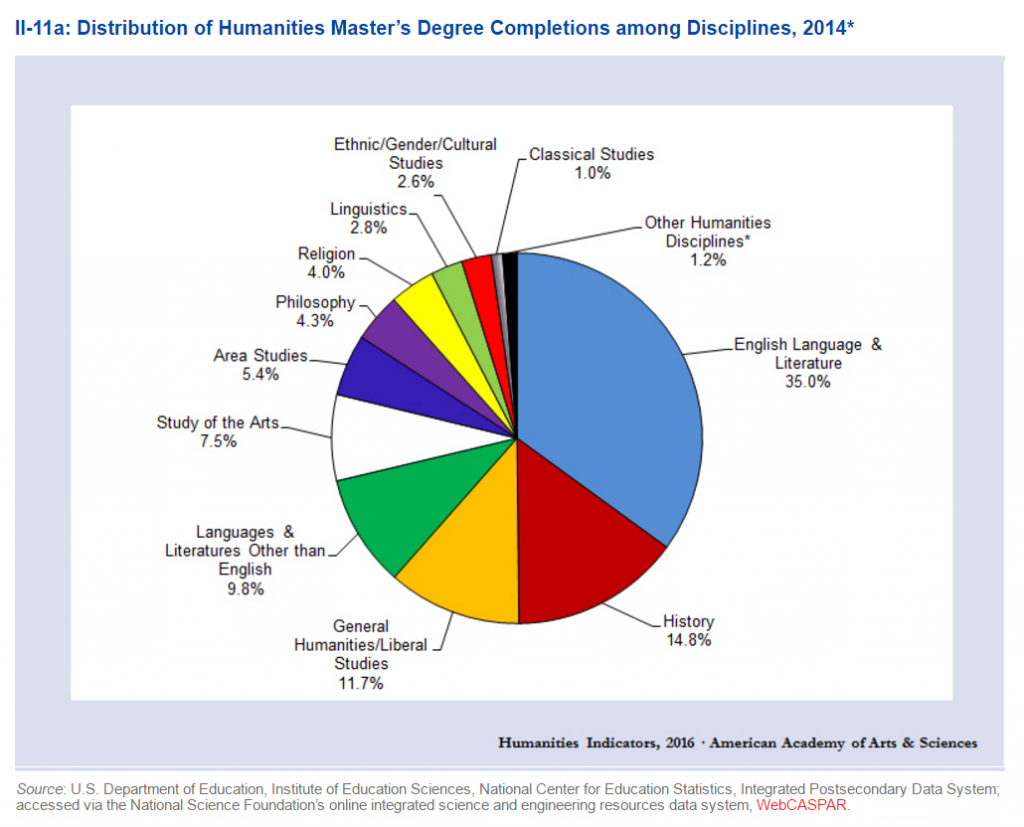 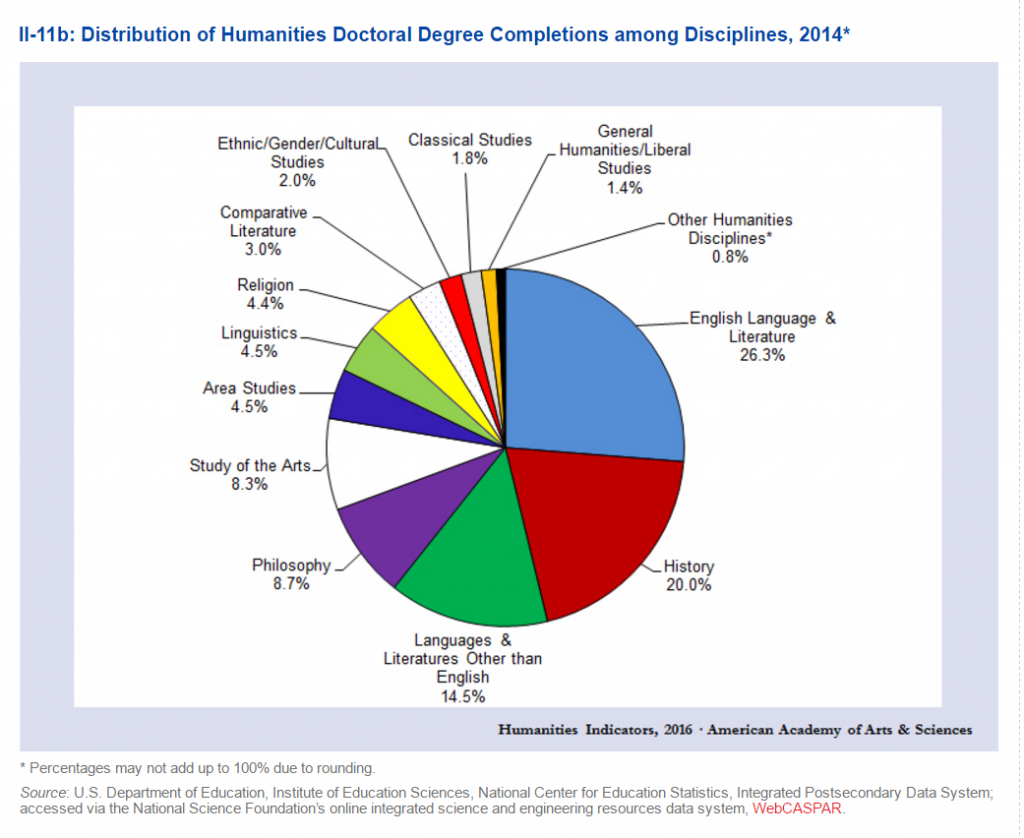 There are many other reports from Humanities Indicators here. And here is an Inside Higher Ed story about the recent batch.

UPDATE: Robert Townsend, Director of the Washington office of the American Academy of Arts & Sciences, has authored a post about the philosophy data at the Blog of the APA.

Interesting and valuable information, thanks! I do think it’s a little misleading to exclude philosophy degrees that are second majors, as this report does. At my institution (private small liberal arts), nearly EVERY philosophy major who graduated over the past 5 years was a double major, and their other degree was typically listed as their primary one. Is this common at other folks’ institutions too? If so, then perhaps the overall numbers for philosophy majors are much much higher than these reports would suggest. Indeed, I suspect that philosophy has a special attractions as a double major: easier for students to sell it to parents if its joined with a “practical” degree; often students encounter philosophy mid-college career after they’ve already committed to another field of study; and perhaps philosophy lends itself in particular ways to cross-disciplinary pairings.Report

Yes, we have quite a few double majors as well. Even though our institution “counts” double-majors in internal institution reports (most of the time!), in reporting to national agencies it does not. They report only a “primary” major, which usually only means whatever major the student chose first, not necessarily the major with which the student most identifies or is engaged. I think the single major reporting to national agencies derives from the parameters of the national agencies and the idea that they don’t want to overcount the total number of students. Not completely sure.Report

How many Black females graduate with a phd in philosophy with a forensic psychology as the minor?Report