The National Science Foundation (NSF) has released a new edition of its Survey of Earned Doctorates, according Inside Higher Ed, including data through 2014. According to the survey, 54,070 PhDs were bestowed in 2014,with 5,486 of them in humanities fields. Of those, only 54.3% had “job or post-doc commitments.” For 2004, these figures were 5,210 and 63.4%, respectively.

Also noteworthy is the average amount of debt humanities PhDs accumulate during their studies (including their undergraduate years): $29,953, with 17% of all humanities PhDs having more than $70,000 in debt.

Below are some figures from the NSF survey. 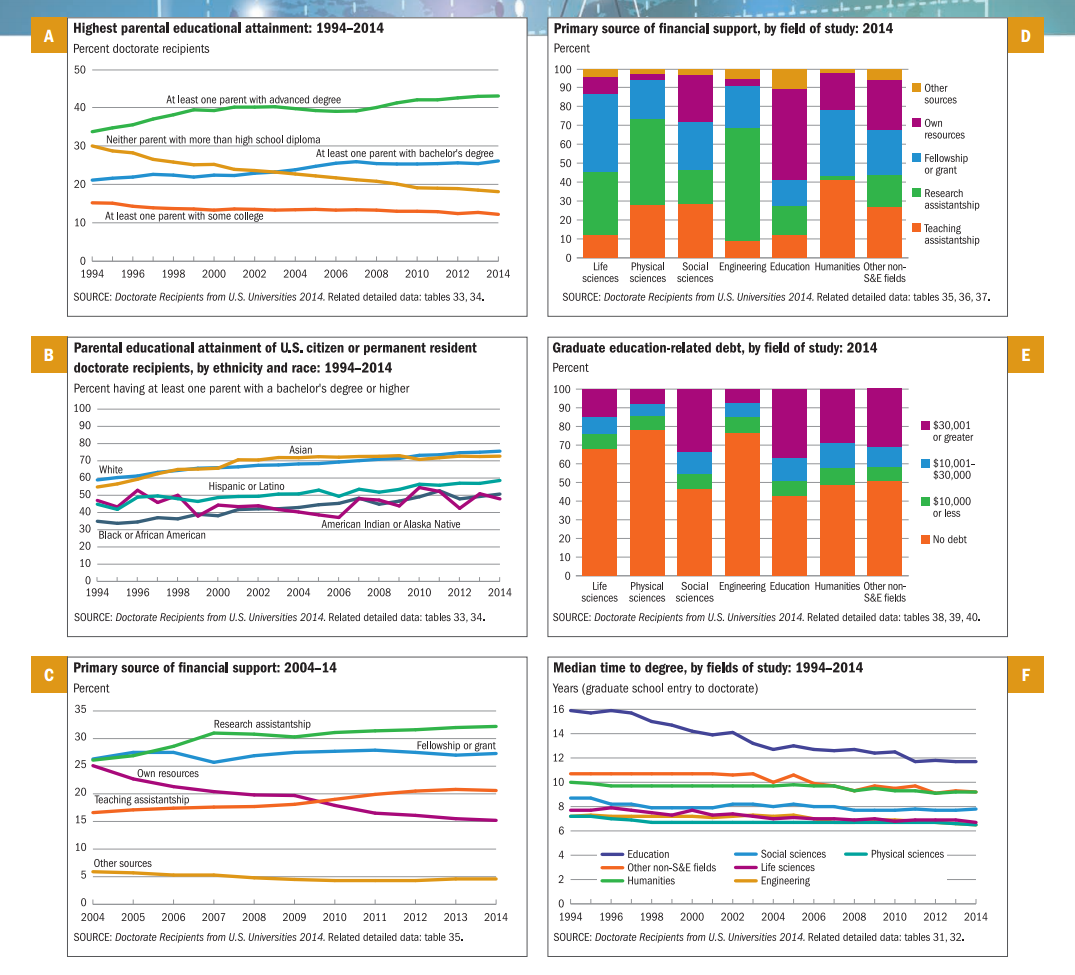 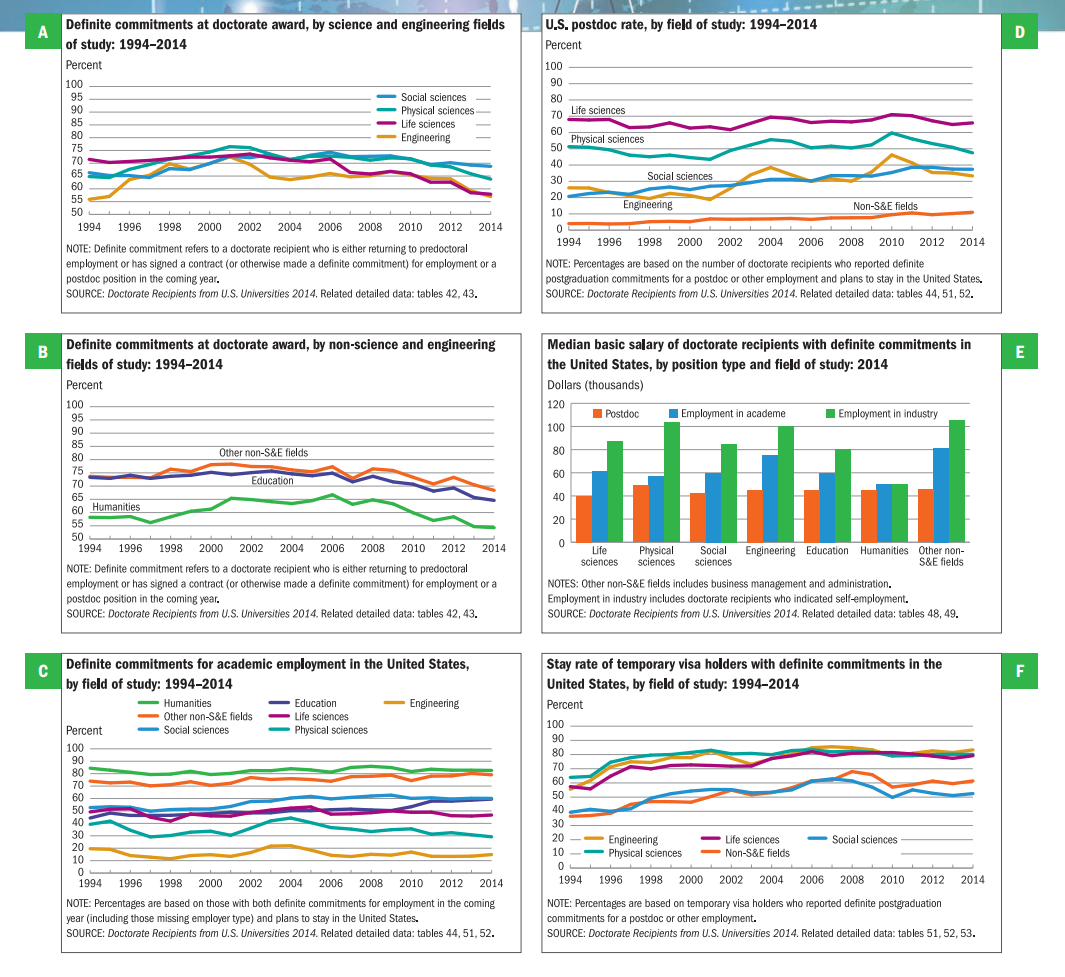 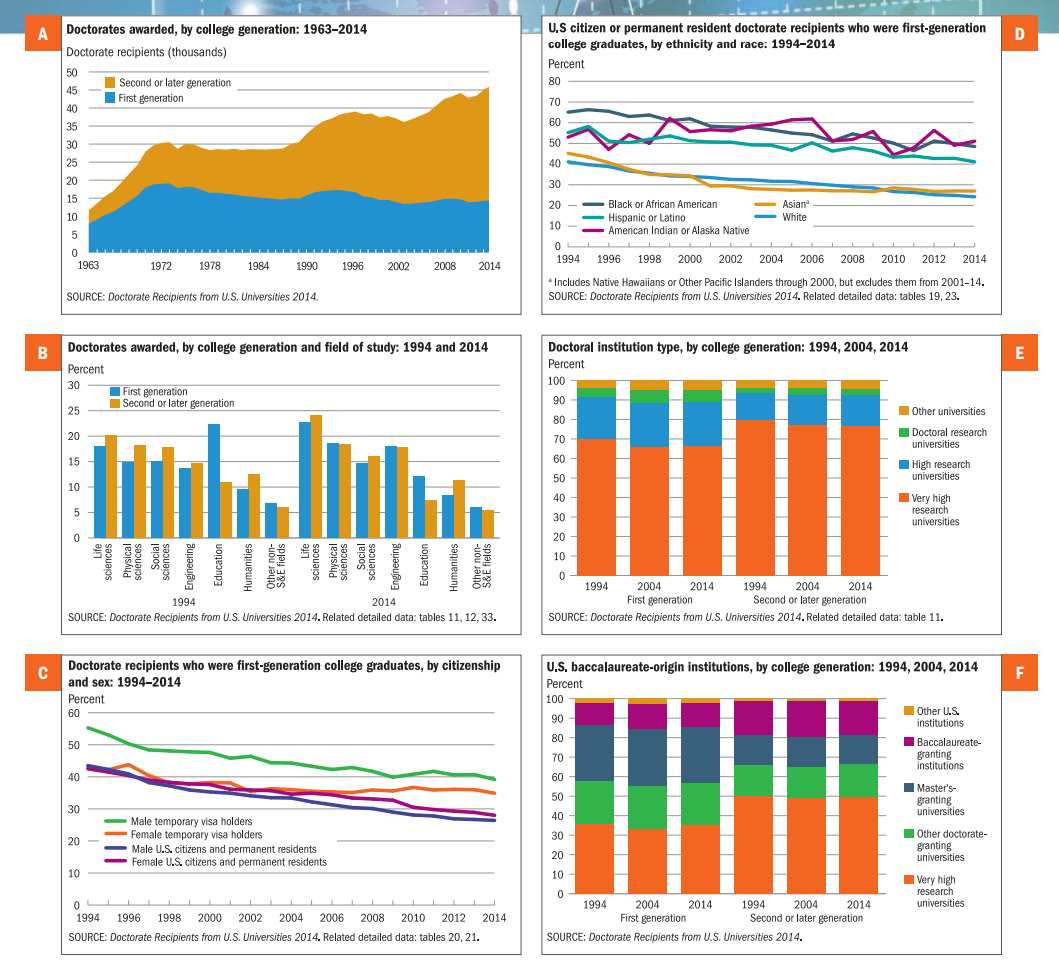 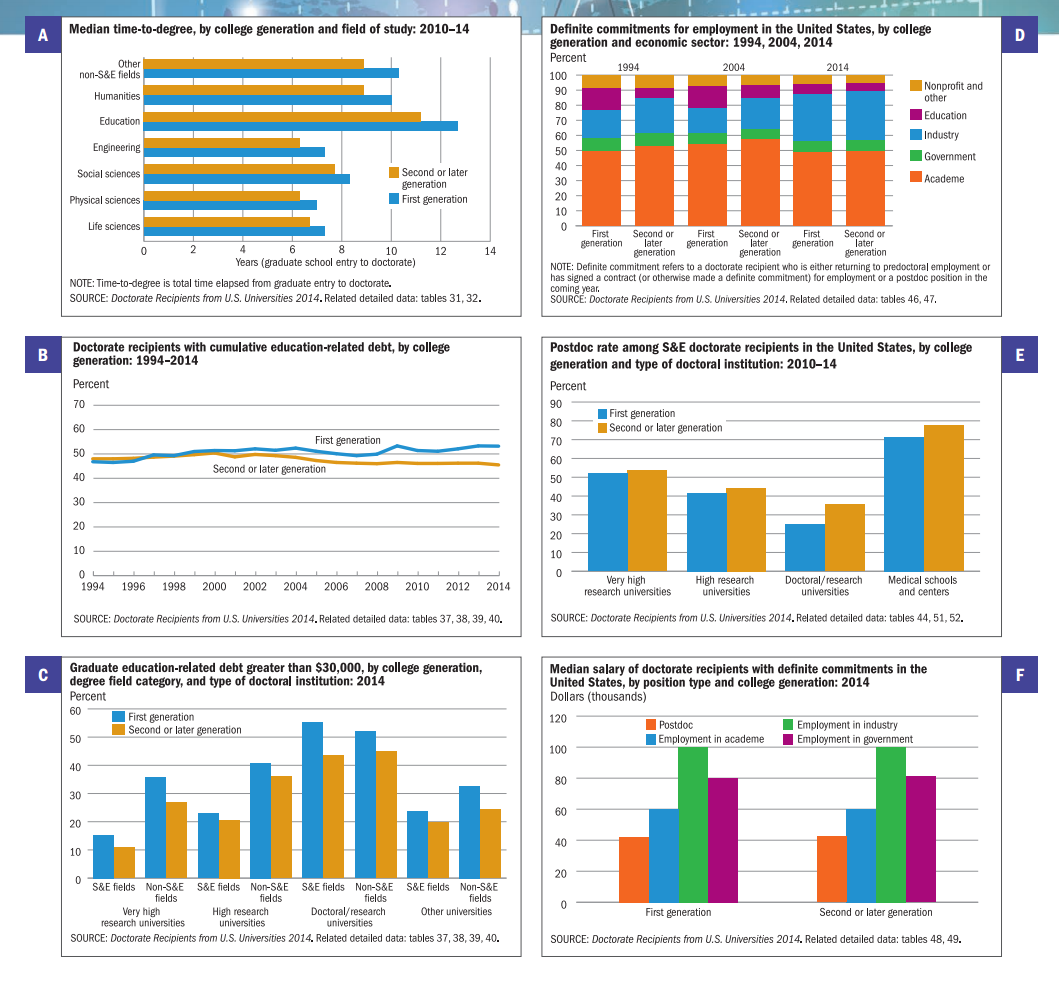 Is truncating the Y-Axis misleading? http://i.imgur.com/HZe4vKy.pngReport