Over 100 billion people, it is estimated, have lived on earth. About one-seventh of the world’s population lives in Africa now. So, by way of a simplistic and historically irresponsible calculation, we could very roughly (and probably under-) estimate that 15 billion people have lived in Africa. 15 billion. Compare that with this estimate of the number of African philosophers whose work you probably studied as an undergraduate: 0.

What explains the ignorance and exclusion of African philosophy, both historically and today?

In a post at Philosop-her, Anke Graness (Vienna) offers some answers.

One is path-dependence from initial ignorance:

In case of Africa, we are confronted with a fatal circle: Since scholars and concepts from Africa are rarely included in surveys and debates, there is little knowledge about African contributions to philosophy—what leads to an ignorance in curricula’s (outside Africa, but inside Africa as well!), and, thus, to a perpetuated ignorance in teaching and research.

What can be done? Graness writes:

It will be a long process to change the unequal epistemological and political-economic terms, under which academic work is done today, a process which can be influenced only partially by philosophers. However, equally important, is our will to change the ways academics work and how academic debates are conducted today. As long as the Euro-American dominated philosophical discourses are not even aware of concepts and arguments beyond its narrow discursive boundaries, nothing will change. Thus, it is time to open the debates in philosophy to perspectives from all regions of the world. This might lead to fundamental changes in our debates and research priorities. 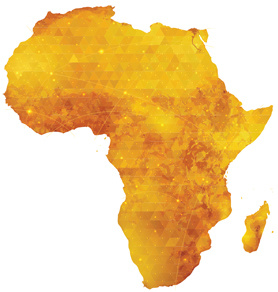