Matthew Noah Smith (Leeds) has an article at Slate bringing together philosophy of mind and political philosophy to discuss the United States government’s attempts to get Apple to “unlock” the iPhone of a shooting suspect. It’s a great example of public philosophy. Professor Smith lays out the basics of extended cognition in clear but not oversimplified language, going over the Andy Clark-style argument for how smartphones raise “a very deep issue about the permeability of the boundaries of the self.”

He then notes that we’ve transformed ourselves from “private” to “networked” beings, largely voluntarily.

This mass transformation of the private self to the networked self suggests that even a state-mandated backdoor to all iPhones would not lead to a qualitative shift in our lives. Rather, it would represent a further slide away from the discrete individual and toward the decentralized, networked self.

Still, shouldn’t we be concerned about the state having access to our minds? Professor Smith continues:

Is this problem really less frightening than the already existing corporate access to our minds? After all, states—at least democratic states—are supposed to be embodiments of our most idealistic commitments to the networked, decentralized self. When the properly democratic state acts in our names, we all publicly act together, even if this action does not occur only in our own bodies (if it occurs in our bodies at all). So, the extension of even the nominally democratic state’s reach into our device-expanded mental lives may not be nearly as insidious as the extension of corporations’ reaches into our device-expanded mental lives.

On the other hand, if one believes that we cannot trust the state (and we probably can’t), then one should entertain even more doubts about private corporations whose overarching aim is the generation of profit. And that thought might turn this whole debate, which has focused on the state, on its head.

You can read the whole article here. Discussion welcome. 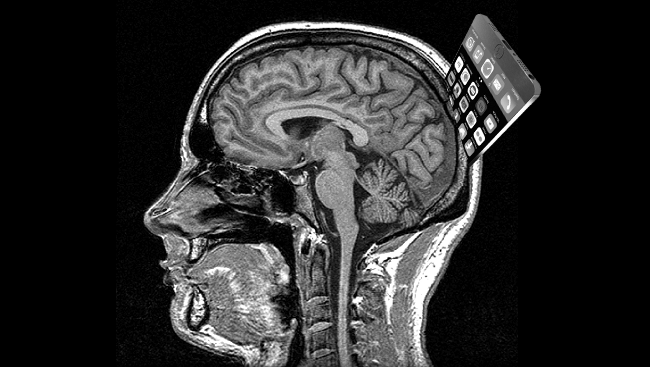 The author moves rather quickly from the claim that Andy Clark has argued for P to the truth of P.

Though it’s true that at one point in the discussion he more modestly asserts that Clark’s work raises an interesting question, he moves on to talk as if the answer to the question has been settled and is Clark’s answer.Report

Hi Fritz –
Thanks for reading it!
It’s a popular thinkpiece so I couldn’t write a sustained defense of the extended mind hypothesis. But, Andy pitched in by posting a lengthy and very helpful comment on the Slate site. So: straight for the horse’s mouth!Report

Hi Matthew,
I appreciate that limitation of writing the popular piece. The piece is in many ways quite fine for that genre. I think it would have been better to raise the same provocative challenges more through the conditional “if Clark is correct then….” rather than by taking the thesis to be already established. But yes, I understand why you took your approach and did enjoy the piece still.Report