Jon Alstchul, associate professor of philosophy at Loyola University New Orleans, has died. Professor Altschul worked mainly in epistemology and philosophy of mind, and received his Ph.D. from University of California, Santa Barbara, in 2009. A brief article in Loyola’s newpaper, The Maroon, reports university president Kevin Wildes saying, “All who knew Jon remember his gentle laughter and a frequent twinkle in his eye. They also remember the care, thoughtfulness, generosity, intelligence and rigor with which he approached his research, led faculty meetings and taught classes. Jon was well respected by colleagues and students alike.”

A memorial service will be held on campus on Monday, February 29th, at 4:30 pm. More details here.

UPDATE: An article about the memorial service, with recollections from students and colleagues, is here. 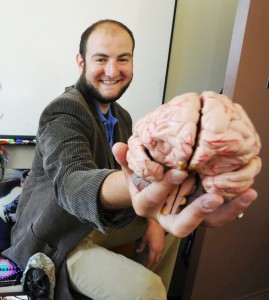 This is very sad news. He was an undergraduate at UW-Madison in the early 2000s. I remember him as a lovely, funny, unassuming lad with a quiet, reflective, intelligence. Reading the tribute from the president of Loyola it is obvious that Jon didn’t change much, and that the president knew the same person I taught 15 years ago.Report

I was Jon’s Ph.D. dissertation supervisor at the University of California, Santa Barbara. I am shocked and saddened at this terrible loss. Jon was one of the kindest, gentlest, and friendliest people I have ever known. He was a good philosopher with authentic passion for the discipline, and a devoted and able teacher.Report

Kevin,
I am Jon’s best friend. He spoke very fondly of you and I tried to find you to invite you to the service but I did not know your last name. There will be a service in his home town in April. Please email me your information and I will keep you posted.
mikechec123ATgmailReport

Jon was one of my teachers when I was an undergraduate at UC Santa Barbara. I too am saddened by his passing. I remember listening to Jon and Tony Brueckner carrying on philosophically, moving slowly and carefully, and thinking how much I’d like to be able to do that. Jon was also very clearly devoted to his teaching and to his students. HIs passing is such a loss for us.Report

Jon was my colleague for the last three-and-a-half years. All of the kind things said of him above continued to be true through the rest of his life. Jon was very well liked in the department and the university, more generally. He will be sorely missed by many, many people.Report

If anyone knows an address for his family, could you email it to me (mhbrighoATwisc.edu) so I can send them a noteReport

Nathaniel Spiller
Reply to  harry b

His parents are Joel and Lynn Altschul: [email protected]. (I was Joel’s roommate in college).Report