Thane Naberhaus, the associate professor of philosophy who earlier this week was fired from his tenured position at Mount St. Mary’s University by current university president Simon Newman of “drown the bunnies” fame, has received a new letter from Newman, informing him that though he has been “suspended” from his duties, he remains on the payroll “during the notice and appeal process.”

In the new letter, Newman misleadingly claims that Naberhaus “declined the opportunity to meet” with the administration so that his termination could be explained, “conciliation” attempted, and the appeals process reviewed. Left unmentioned is the reason for Naberhaus’s declining the meeting: that the administration refused to allow him to bring legal counsel to it, or record it.

The Chronicle of Higher Education reports:

Mr. Naberhaus has vowed not to teach at the university again until Mr. Newman and John E. Coyne III, the chairman of the Board of Trustees, resign…

“There’s so much damage being done to the Mount right now,” Mr. Naberhaus said. “I just want us to get through it.” He didn’t believe that could happen while Mr. Newman and Mr. Coyne remained at the helm.

If the two men stepped down, Mr. Naberhaus said, “we could say that we overcame this — the faculty, students, and alumni rose up and got rid of people.” Then, he said, the university could tell prospective students: “We re-established ourselves on things we believe in, and you should come here.”

Meanwhile, on Wednesday, the faculty at Mount St. Mary’s University voted “almost unanimously” to call for Naberhaus and Edward Egan, another professor fired by Newman, to be reinstated. It also appears that they will be scheduling a no-confidence vote in President Newman in the near future.

Ethical and legal questions continue to be raised about Newman’s plan to secretly use student survey results to identify students to cull from the school prior to a federal reporting deadline in order to increase its official retention rates. (You can view the survey here.)

Those who wish to contribute to a legal defense fund for Professors Naberhaus and Egan can do so here. 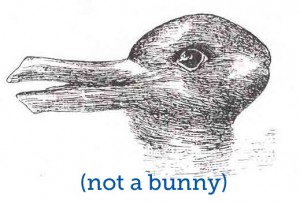 Socrates didn’t need a tape recorder or lawyer when facing the jury in Athens so obviously Professor Naberhaus thinks he’s better than Socrates.Report

At least Socrates faced a jury of his peers rather than an autocrat.

Man, Newman even has his claws up in the comment zones! Get real, Prez!
Neman= Meletus, Naberhaus= SocratesReport

I have it on good authority that “That Stick Talk” is a Mount St. Mary’s philosophy grad putting his liberal learning to the proper use.Report

Knowledge of history and skill at recognizing when analogies are inaccurate and untruthful (not to mention the concern that they be accurate) taught to students in the humanities are exactly why MSMU needs to get rid of the liberal arts!Report

We need a scholar to read those glyphs,^ don’t we, Prez?Report