In case your readers are interested, I thought I would expand a bit on a few points that are alluded to in CU’s press release. First, when Steup was hired at Purdue to come in and take over as Head of the Department there, that Department was significantly divided along certain lines and was having some difficulties moving forward. Matthias had great success bringing the department there together and that was one of the many things that my colleagues and I were impressed by when we evaluated his candidacy. It isn’t just that he has a record as a successful department head. It’s that he has a record of coming into a department that had been experiencing some difficulties and successfully helping the department move beyond those difficulties.

Second, while the press release refers to his commitment to fairness, diversity and inclusion, I think it’s important to emphasize that he has an impressive record of accomplishment in these regards and not just a commitment to the ideals themselves. Among other things, while he was Head of the Department at Purdue, he established a Committee on Diversity and Inclusion and created an annual Distinguished Woman Scholar lecture series. In just the last few years, the Committee he established there has, among other things, conducted a climate survey for their graduate students, organized a series of talks and workshops on issues such as implicit bias and gender balance, and sponsored meetings about women and philosophy. You can get a sense of what has been accomplished there at this site: https://www.cla.purdue.edu/philosophy/diversity/index.html. Promoting diversity and inclusion was a key focus of our Department’s search at every stage of the process: from the formation of the search committee, to the initial formulation of the job description, to the efforts that were made to recruit a diverse pool of applicants, all the way through to decisions about which candidates to bring to campus as finalists. His impressive record of achievement in this respect was extremely important to us as we worked toward making a final decision.

Finally, and as a kind of icing on the cake, we also turned out to be extremely fortunate because epistemology has been widely recognized within the Department for some time now as our single most important hiring need and Matthias is widely regarded as a leading epistemologist. The search was a long and complicated one and we are excited that our efforts have truly paid off in the hire of a new colleague who will help us to continue to move forward in positive directions. 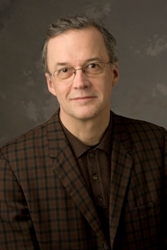 Thanks to David Boonin for the update, and congratulations to CU Philosophy!Report