In an essay at Aeon, Huw Price (Cambridge) writes about “reputation traps.”

His example of this is scientific research on cold fusion, or low-energy nuclear reaction (LENR), “the controversial idea that nuclear reactions similar to those in the Sun could, under certain conditions, also occur close to room temperature.” Cold fusion held out the promise of clean and abundant energy source. But, Price writes, “most were highly skeptical, and the field subsequently gained, as Wikipedia puts it, ‘a reputation as pathological science’.” In popular media, it is often “dismissed as pseudoscience, the kind of thing that respectable scientists and science journalists simply don’t talk about.” As a result, recent interesting research on LENR has gone largely unnoticed.

Price argues that there isn’t a rational or scientific justification for this (see his essay for the arguments). But there is an explanation:

There’s a sociological explanation why few people are willing to look at the evidence. They put their reputations at risk by doing so. Cold fusion is tainted, and the taint is contagious—anyone seen to take it seriously risks contamination. So the subject is stuck in a place that is largely inaccessible to reason—a reputation trap, we might call it. People outside the trap won’t go near it, for fear of falling in. ‘If there is something scientists fear, it is to become like pariahs,’ as Lundin puts it. People inside the trap are already regarded as disreputable, an attitude that trumps any efforts that they might make to argue their way out, by reason and evidence.

Reputation traps are “a pathology in our present version of the scientific method,” Price says. When it comes to cold fusion,

The results are ignored because they concern cold fusion, which we ‘know’ to be pseudoscience—we know it because attempts to replicate these experiments failed 25 years ago! The reasoning is still entirely circular, but the reputation trap gives its conclusion a convincing mask of respectability. That’s how the trap works.

Reputation traps, then, are research topics the working on which jeopardize the professional reputation of their researchers, despite the absence of rational justifications for avoiding those topics.

Even worse, there’s the meta-reputation trap: people’s reluctance to even identify research topics as stuck in a reputation trap, for fear of having their reputation damaged by association with the topic.

Reputation traps aren’t just limited to physics. There are probably some in philosophy. What are they? Further, what can we do to reduce their number? Or the force of their effect? 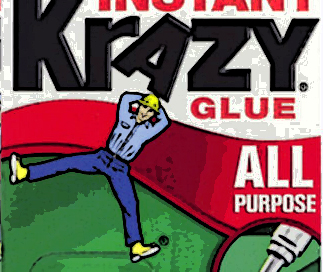