Martha Nussbaum, Ernst Freund Distinguished Service Professor of Law and Ethics at the University of Chicago, has won the American Philosophical Association’s Quinn Prize. The prize, named for Philip L. Quinn, is “awarded in recognition of service to philosophy and philosophers, broadly construed.” The award includes $2500 and an engraved plaque. 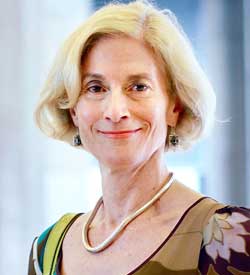 Over her career, Nussbaum has been president of the APA Central Division and has served on the APA Board of Officers in multiple capacities. She has chaired APA committees, including the Committee on Lectures, Publications, and Research, the Committee on International Cooperation, the Committee on the Status of Women, the Committee on Public Philosophy, and others. Author of over 30 books, Nussbaum received her Ph.D. from Harvard University and holds honorary degrees from 37 institutions worldwide.

Cheshire Calhoun, chair of the APA’s board of officers, said, “Martha Nussbaum’s extraordinary philosophical career has been devoted to deepening our understanding of issues of profound social, political, and ethical importance, and doing so with great intelligence, humanity, and literary elegance. She pioneered, when it was not fashionable to do so, writing philosophy that weaves through disciplinary boundaries, that speaks to a wider public audience, and that is fully civically engaged. We award her the Quinn Prize with both pride and gratitude.”

She has been a first rate and first class philosopher for years, well deserved!!! Congrats Ms Nussbaum.Report

She has shown us that philosophy has heart as well…wonderful news!Report