Jonardon Ganeri (NYU) is the winner of the 2015 Infosys Prize in the humanities category. It is the first time a philosopher has won this prize.

The jury panel, headed by Harvard professor and Nobel Laureate Amartya Sen, awarded Ganeri for his outstanding scholarship and originality in interpreting and scrutinizing analytical Indian Philosophy and shedding light on shared ground as well as the dichotomy between Indian and Greek traditions of philosophical reasoning.

In a press release, Sen is quoted as saying:

“It gives me great pleasure to congratulate Jonardan Ganeri for his major contributions to Indian analytical philosophy, which stands shoulder to shoulder with other analytical traditions like the Greek and the Chinese. But they have often been neglected, partly because of an excessive focus on the religious and mystical aspects of Indian Philosophy. Jonardan Ganeri and his teacher Prof. Bimal Matilal have done an enormous amount of work to bring that heritage to us to make it fresh and a lively part of the Indian intellectual thinking today. I congratulate him with the warmest possible words.”

The prize includes a citation, a gold medal, and roughly $100,000. More information here.* 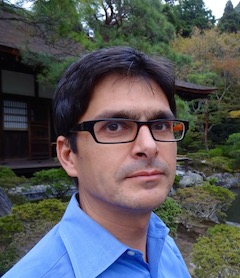 (*I had mistakenly omitted a zero when first reporting this.)

Congratulations Jonardan and whenever you are in Mumbai, you are welcome to the Dept of Philosophy, University of MUMBAI.Report