Students at Georgetown University have staged a sit-in at University President John (“Jack”) DeGioia’s office, calling for, among other things, a frank discussion of how Georgetown benefited from slavery, as well as the renaming of a building currently called Mulledy Hall. Christina Cauterucci at Slate writes:

At the center of the students’ grievances is Mulledy Hall, a campus building named for a Jesuit and former Georgetown president who sold 272 slaves to a Louisiana plantation to pay off university debts in 1838. The building was unused for years, and reopened this fall as a student residence…

In addition to the renaming of Mulledy Hall, Georgetown activists are asking for plaques to identify the unmarked graves of slaves on campus, an annual program to explore Georgetown’s history of slavery, the inclusion of information about black people’s contributions to Georgetown in campus tours, mandatory diversity training for professors, and the rechristening of McSherry Hall, a campus building named for the Georgetown president who presided over the 1838 slave sale.

But the demand that could have the biggest effect on Georgetown’s future, if the university complies, comes down to money. The student activists have proposed a new endowment fund, equal to the present value of the profit garnered from the 272 slaves, for the purpose of recruiting black professors.

The Georgetown Department of Philosophy has been forthcoming with its support for the students, including this statement:

The Philosophy Dept of @Georgetown strongly supports the aims and efforts of current protests of the GUBLF pic.twitter.com/2biosiQpfe

Georgetown philosopher James Mattingly is quoted several times in the piece at Slate, as is DeGioia, who  [correction:] earned his philosophy PhD at Georgetown before becoming the university’s president. There’s further information at The Georgetown Voice. 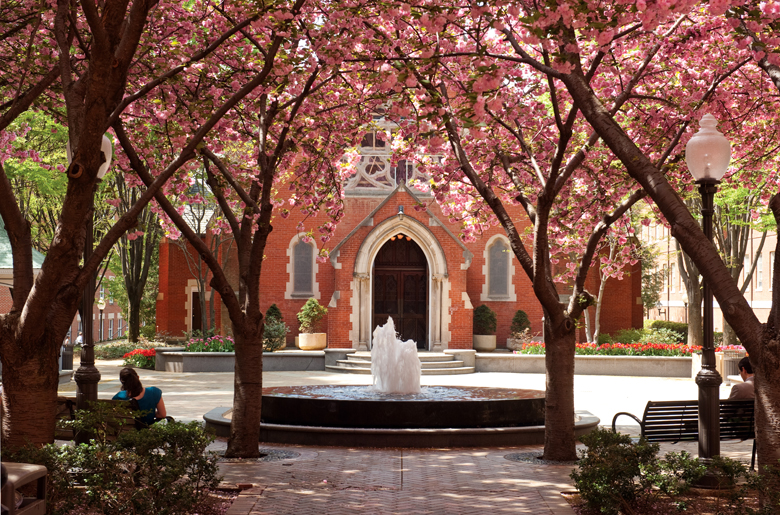 UPDATE: The administration has agreed to rename Mulledy Hall. Further details are in this letter from President DeGioia. One choice quote—perhaps a lesson for administrations elsewhere:

As a University, we are a place where conversations are convened and dialogue is encouraged, even on topics that may be difficult. This is what we will continue to do at Georgetown. We are supportive of our students and proud of the depth of their engagement in these urgent conversations. These issues require the very best of each of us and call us to continue to come together as a community to engage this important work.

A quick, nit-picky correction (isn’t that what we do for a living?): DeGioia was not a member of the Philosophy Dept. faculty before being appointed president. He earned his PhD in our department, but his whole career has been in the GU administration, as dean of students, VP for strategic planning, and perhaps other roles. He was both an undergraduate and graduate student at Georgetown. He also sometimes teaches a philosophy course for us.Report