The University of Illinois will pay $875,000 to settle the Steven Salaita case. From the press release from Salaita’s lawyers:

Today, the Center for Constitutional Rights (CCR) and co-counsel Loevy & Loevy announced the settlement of Professor Steven Salaita’s case against the University of Illinois at Urbana-Champaign (UIUC) for firing him from his tenured position over his personal tweets criticizing the Israeli government’s assault on Gaza in 2014. Professor Salaita sued UIUC, the university Board of Trustees and high-level administrators for violating his First Amendment right to free speech and for breach of contract. Salaita’s firing became a flashpoint for debates over academic freedom, free speech, and the repression of Palestinian rights advocacy. In exchange for Professor Salaita’s agreement to release his claims, the university has agreed to pay $875,000.

Thanks to John Protevi for the pointer. He comments at his blog about the settlement and what it means for the philosophers’ boycott of the University of Illinois. 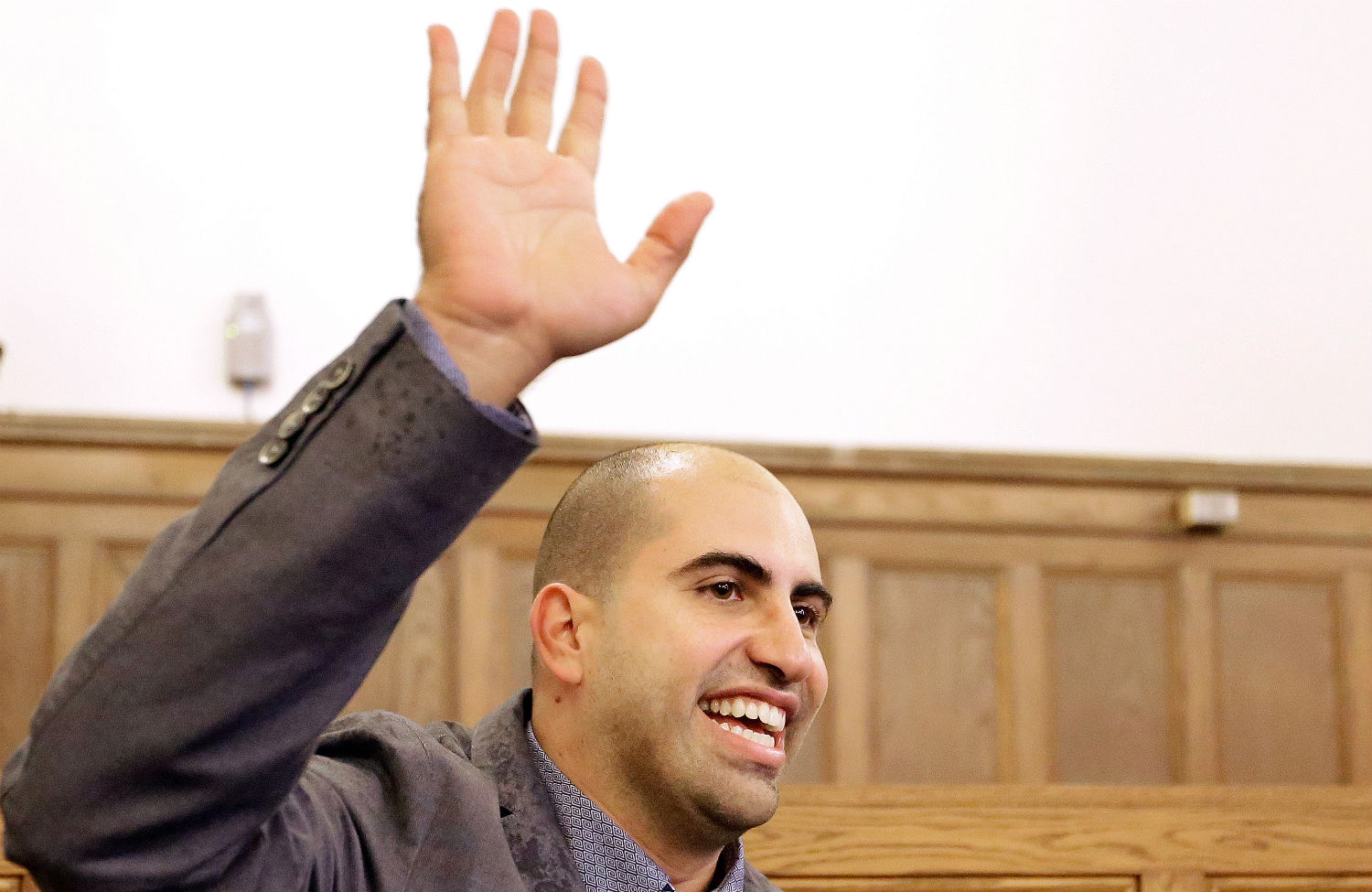 UPDATE: Corey Robin, who also helped promote the boycott, comments here. According to the Chronicle of Higher Education, $275,000 of the settlement will go to Salaita’s lawyers.

UPDATE 2: Kirk Sanders, Chair of the Department of Philosophy at the University of Illinois at Urbana-Champaign, sent along the following statement:

In an email earlier today to faculty and staff of the University of Illinois at Urbana-Champaign (UIUC), Interim Chancellor Barbara Wilson announced the approval of a negotiated settlement with Dr. Steven Salaita, whose offer of appointment as an Associate Professor of American Indian Studies had been revoked last year. Throughout the ensuing controversy, the Department of Philosophy at UIUC repeatedly proved itself a vocal opponent of the revocation of Dr. Salaita’s offer and a strong supporter of academic freedom and shared governance more generally.

Ours was the first unit on campus outside of American Indian Studies to approve a resolution of “no confidence” in the Chancellor, President, and Board of Trustees. Several members of our faculty were deeply involved in efforts in the Academic Senate and across campus to seek Dr. Salaita’s reinstatement and to publicly reaffirm the university’s commitments to core principles of academic freedom and shared governance.

While the university remains under AAUP censure as the result of the actions of its administration and Board of Trustees at the time, it is important to note that the key players in the decision to fire Dr. Salaita no longer occupy positions of power at UIUC. The former Chairman of the Board of Trustees, Chris Kennedy, no longer sits on the Board; former President Robert Easter retired; and former Chancellor Phyllis Wise and former Provost Ilesanmi Adesida resigned their respective positions following the revelation that they had used non-university email accounts for university business in an apparent attempt to evade Freedom of Information Act requests, including ones related to the Salaita case.

Now that Dr. Salaita himself has agreed to a financial settlement, the motivation for the academic boycott of UIUC that arose in response to his case would seem to be entirely gone. Though the pledge that so many of our colleagues in Philosophy signed stated in part: “We, the  undersigned,  will  not  visit  the  University  of  Illinois Urbana-Champaign campus until Professor Salaiata is reinstated to the position offered him …,” the terms of Dr. Salaita’s settlement effectively preclude the possibility of reinstatement.

While we respect Dr. Salaita’s decision to settle rather than to continue to pursue the matter in the courts, despite the clear merits of his case, a financial settlement of the sort agreed to leaves many of the core issues regarding the university’s commitment to principles of academic freedom and shared governance unresolved in a way that his reinstatement would not. The AAUP report on UIUC suggested that a retraction — or at least clarification — of certain comments made by Chancellor Wise and the Board of Trustees concerning “civility” in the infamous mass emails of August 22, 2014, will also be a necessary condition of ending censure. Now that the legal issues surrounding Dr. Saliata’s firing seem to have been resolved, one hopes that such a retraction will soon follow.

In the meantime, it is my sincere hope that colleagues in Philosophy across the country and around the world will once again feel comfortable accepting invitations to come and speak on our campus. We’ve missed having you here.

Sincerely,
Kirk Sanders
Associate Professor and Chair
Department of Philosophy
The University of Illinois at Urbana-Champaign

I hope this strengthens the commitment to free speech by colleges. The university is meant to be a place for free exchange of ideas, no matter how controversial. Yet we continue to see censorship from both the right and left on campuses. The protests over the years that have led to various speakers being banned at various colleges is totally contrary to the spirit and idea of a college education. Thanks to John Protevi for his raising of the issue — I remember him from my grad years at Loyola and appreciate his diligence. Perhaps the U of I can be a beacon for free speech in the future.Report