Would the philosophers who populate the canon have gotten tenure? Would they have survived the Research Excellence Framework (REF) assessments in the UK? Lloyd Strickland (Manchester Metropolitan University) is skeptical:

Immanuel Kant might look worthy of the nod – his three Critiques shaped a lot of the philosophy that came afterwards. However, those works were preceded by an 11-year hiatus in which he published nothing whatsoever – which means there would have been an entire Ref cycle for which he would not have been eligible. We may presume that his justification for this career break – that he had used that time to wake up from his dogmatic slumber – would have cut little ice with his (admittedly fictional) research coordinator.

The real winner, I suspect, would have been Gottfried Leibniz. For one thing, he was the first of the great philosophers to publish prolifically in journals, authoring more than 100 articles over the course of his career. These articles appeared in the top European journals of his day too, such as the Acta Eruditorum, Histoire des Ouvrages des Savants, and Journal des Sçavans. Plenty of four-star output there. One slight drawback is that Leibniz’s articles spanned a wide variety of subjects – including philosophy, mathematics, geology, hydrology, horology, jurisprudence and insurance – which would have made it rather difficult for his imaginary research coordinator to know choose a unit of assessment.

The article is from The Guardian and is available here (via Jerry Hackett). Draw your own conclusions… 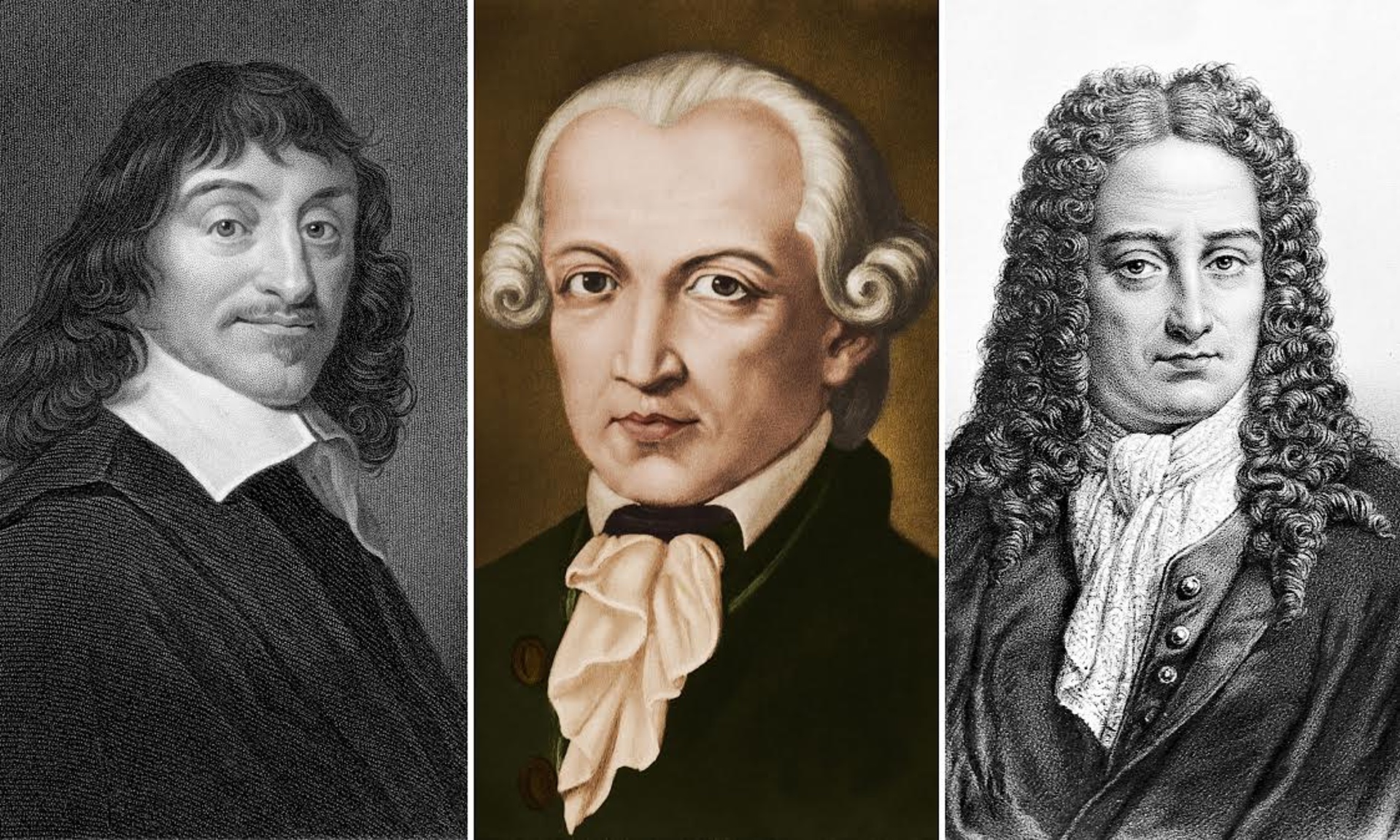 Socrates is a pretty good example of ‘publish or perish’.Report

It’s not just the short-sighted publish or perish culture, but also the demands on the philosopher to conform her writing to strict and predefined styles acceptable to journals today. How would Plato fare with his dialogues, or Descartes with his meditations? How about Nietzsche with his prose? I’m not sure any journal would print what would be seen today as very unconventional works that don’t fit into the tight strictures of academic publishing.Report

The only ‘real’ answer I can think of to this question is that they would all be considered ‘Continental’ philosophers and would find a happy home publishing in those venues. This might be all the more reason to re-consider the writing-style biases academic training in English-speaking philosophy departments has wrought upon all of us.Report

The prejudice towards an analytic style may contribute to the undoing of our profession as the style, in general, does not speak clearly to a younger generation of potential philosophers nor does it speak to a wider general audience who need to be shown why philosophy is still very relevant to their lives (more than ever frankly). This is not a strike against the value of the more “scientific” analytic style that predominates today and that obviously speaks more to a lot of other people as well. But we need balance. When young people read someone like Nietzsche, or Marcuse, it stirs their souls and they get turned on to philosophy in a way that is less likely to occur with the extremely formal, formulaic, and often frankly unexciting writing that comes out of the overwhelming majority of academic journals today. Those students reading Plato’s witty and biting dialogues, Descartes’ curious and open-minded meditations, and Nietzsche’s world-shaking, status quo upturning prose, to use just the previous examples, then seriously consider joining a philosophy program. I know I did. For every young student that curiously and excitedly attends their first philosophy colloquium only to find a very dry paper read out loud with scarcely a word moving them, they immediately turn off from philosophy and join the chorus of detractors against our field. This point is apart from the utter absurdity that I feel the need to defend the philosophical writing of Plato who would likely not be able to earn a PhD today with his dialogues.Report

Speak for yourself. As a young student I was precisely attracted to the (at least apparent) precision and clarity of the analytic style of philosophy, and I was only able to appreciate figures such as Plato and Descartes insofar as I was able to interpret their arguments in a way that I could assimilate to that more analytic style. That’s precisely the kind of thing that got me excited about philosophy, and I found the provocative but apparently unsupported aphorisms of folks like Nietzsche utterly maddening.Report

Analytic vs. continental war! Let’s do this! No, but seriously, we are an increasingly small, shrinking, attacked, slashed, and fragile field. Right now for the sake of the future of philosophy, we need everyone on board. We should be embracing philosophy in all its forms, historically and presently. The general stifling of the continental style, as well as other non-analytic forms of philosophical writing, is turning away and will continue to turn away a lot of people from philosophy. Wisdom is revealed in more ways than one.Report

This new journal would most definitely publish them: http://www.sphpress.com/journal/Report

While I am fully in agreement with the intended critical thrust of these questions, I don’t think they represent useful thought experiments for evaluating the modern academy. Kant might have also had a hard time treating women and non-European students with respect – so much the worse for Kant. Beyond this, it is not reasonable to treat the research output of scholars working under different educational, scholarly, and academic incentives as identical to the research output they would have had if they operated under the current REF regime.

There are substantive reasons to oppose systems like the REF assessment, but the invocation of historical philosophers is really only a rhetorical tool.

If we really want to use historical philosophers as our examples, we should use them to question why we invest so much of ourselves and our sense of philosophy in academic institutions that are, by their nature, beholden to the kind of bureaucracies that produce things like the REF. Yes, Socrates wouldn’t have been able to get or keep a job under the REF, but he also wouldn’t have cared. (Of course it helps that he had rich friends, his own home, and a wife to manage the business of that home). So why do we care so much? What are universities supposed to do for us, and is it worth dealing with – and, yes, resisting – the realities of university employment?Report

Leibniz was ok but Christian Wolff’s output makes Leibniz look like he was a slacker. Kant, it should be said, also had fabulous enrollments, broad teaching skills, and excellent teaching reviews (from folks like Herder). But Derek Bowman is right that if you wanted to think about things like this seriously, you’d avoid thought experiments like this and do some careful historical-critical work on the interrelations between university cultures and not just the pace of production but the actual content (and form/genre–as Commentator says) of philosophical research. But that kind of work takes a long time, and is a bad choice if you are subject to the REF.Report