G. Aldo Antonelli, professor of philosophy at the University of California, Davis, died unexpectedly earlier this week. Professor Antonelli was known largely for his work in logic. Prior to taking up his position at UC Davis, he also taught for many years at UC Irvine, and held appointments at Pittsburgh, Yale, Stanford, Michigan State, and elsewhere. You can learn more about Professor Antonelli at his website. His partner is Elaine Landry, philosopher of mathematics, also in the UC Davis Department. 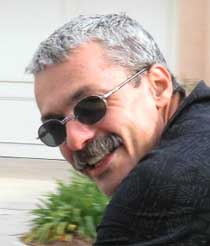 I will post links to memorial notices as they appear.

Aldo Antonelli, whose work in pure and applied logic and the philosophy of mathematics is well-known to many readers of this list, died suddenly while bicycling with friends in Sacramento yesterday.

Aldo contributed to our understanding of the complexity of the non-well founded sets and of the arithmetical heirarchy with novel aplications of the revision theory of truth. He contributed to the consistency problem for NF and the development of defeasible consequence. In a series of papers he recovered and developed Frege’s unique and overlooked metalogical program. His most recent and possibly deepest work extended the generalized interpretation of quantifiers to the first-order case. He was a dedicated teacher, mentor, and advisor, whose unique pedagogical style will be long remembered.

UPDATE (10/14/15): Robert May sends in the official notice from the UC Davis Department of Philosophy regarding the death of Professor Antonelli, including a link to a memorial notice at the department’s homepage:
Our colleague, friend and collaborator, Aldo Antonelli, Professor of philosophy at the University of California, Davis and expert in pure and applied logic, and philosophy of logic, passed away suddenly on Sunday, October 11, 2015 while bicycling in Sacramento, California. He is survived by his partner, Elaine Landry, brother David, sons Federico and Riccardo, and their mother, Giovanna Fogli. To read a memorial, contribute reflections and reminiscences, or contribute to a fund in memory of Aldo, click here or go to http://philosophy.ucdavis.edu.
UPDATE (12/15/15): Remarks by Andy Arana on Antonelli, delivered at the Paris-Davis Workshop on the Philosophy of Mathematics, are posted at Richard Zach’s site.
Login
14 Comments
Oldest
Newest Most Voted
Inline Feedbacks
View all comments

Aldo was my logic teacher, an adviser, and an even better person. I graded for him and still use many of his notes and texts when I teach logic. I was a young college kid eager to get into philosophy and Aldo personified the best aspects of philosophy for me; he was a gentle soul, enthusiastic teacher, and did work I really wished I could do myself. This is a shock.Report

Aldo and I became friends when he started the PhD at Pitt in 1986. Way back then, he enthusiastically introduced me to Quine’s New Foundations. I’m grateful because it’s so interesting, and despite the fact that, unlike Aldo, I never got any results there (not for want of trying). I last saw him in August, when he told me all about to his recent work on quantifiers: part of his legacy will be to have initiated a fruitful and extremely interesting research program. Aldo was also proof that it is possible to look great with a mustache. He will be sorely missed.Report

I have lots of acquaintances, but only a few people I consider close friends. Aldo was one of the latter. This is a huge loss both for philosophy and for the those of us who value the few genuinely good people we have in our lives. He’ll be missed.Report

I will always remember Aldo’s humor and his ability to cut quickly through the philosophical thickets to expose the logical matter at hand. Aldo was an exemplary logician and philosopher, endlessly patient with those of us under his pedagogical care. I will miss him greatly.Report

A gentle person, a kind person, and a generous person. A colleague and friend I sorely miss and whose death I can scarcely process.Report

This past year, I kept saying, one of the best things about joining the UC Davis Philosophy Department is dinner at Aldo and Elaine’s house— with Aldo’s fantastic Italian cooking. Elaine and Aldo warmly embraced us when we moved here last year. We have had countless evenings sitting in their dreamlike garden out back, drinking wine, and eating Aldo’s amazing cooking— risotto, seafood pasta, polenta, homemade pizzas, the list goes on (Aldo would approve of a tribute post that involves food). Learning that my partner loves banana cream pie, Aldo made him a banana panna cotta for his birthday that nearly brought him to tears. That’s how thoughtful a person he was. Beyond that, Aldo generously volunteered to mentor me through the promotion and tenure system and engaged in my work and other junior scholars in the department. We will be grateful forever to both Aldo and Elaine for fully embracing us and providing us with real friendship just moments after arriving. Elaine is surrounded by loving colleagues and friends—-a true testament to the relationships that she and Aldo cultivated around them.

Aldo gave me the best gift a few weeks ago when he decided that he and I were the two Italian-Americans in the department (I’m not an obvious shoe-in for the part). He is deeply missed.Report

One of my favorite memories of Aldo was a reading course he led on Berkeley’s Analyst in what was his first year at Irvine, and also my first year there as a graduate student. After an intense session of reconstructing the mathematics of Berkeley’s criticism of Newton, we all paused to reflect on the incisiveness of the critique. But Aldo broke the silence to sum up, in his charming accent and with impeccable timing: “Way to go, George!”

Aldo had a gift, not only for making hard problems seem easy, but for easygoing encouragement. He would take an interest in, and give his time to, the hare-brained, the confused, and the over-eager, finding an ember of insight and offering it back to kindle a fire. Though he wasn’t on my committee, he continued to take interest in my doings long past my days in graduate school, sharing papers and offering advice. Doing logic won’t be the same without the thought that he might read it.Report

Professor Antonelli was an amazing person and mentor. His love of logic, inspired me and I too fell in love with it. He was brilliant, and yet so gentle and humble. He believed in me (even when I doubted myself, and he encouraged me to always try harder). I will miss his great sense of humor. His last joke to me was that as punishment for not ever learning relevance logic from his mentor(whose research was in relevance logic) he now had to teach it to me. But, even though this subject was not at the top of his list of favorites, he was still more than willing to dig deep into the material with me side by side. That’s the kind of person he was, he gave it his all. He was such a hands on educator and and really fostered impactful relationships with his students. It was his easy going and gentle nature that gave a person like me the courage to ask for more knowledge. Professor Antonelli was a phenomenal mentor and professor. He was so generous with his knowledge and time. He will be terribly missed, but his passion left a legacy.Report

Professor Antonelli was not only an excellent teacher but a great man. He was always ready to help with anything. He showed me the way into the world of logic and always motivated me to do better. I will miss the conversations we had about life, food, bikes and logic. His advice and teachings will forever be a part my life. This is a shock and a tragic loss.Report

Aldo was a gentle and patient man. I took a set theory seminar with him and I nearly had a panic attack after the first day. (Logic classes are not my forte.) I came to Aldo’s office hours for help. After he attempted to explain the concept to me multiple times, he could tell that I still didn’t “get it.” At this point I expected to see frustration on his face, but instead he just smiled and started over again. It may seem like a small thing to remember, but it had a significant impact on me. It happened at a time in my graduate school career when I was quite fragile and his gentleness was greatly appreciated.

UC Davis will not be the same without him.Report

I did not know him but only his work. But I am grateful for all these remembrances and am moved by them. Thanks to all for taking time to laud an obviously honorable person.Report

Aldo was a kind and generous person. He was a terrific scholar. He will be deeply missed.Report

Miss you Professor Antonelli. I know you’re in a better place now. The anniversary of when you entered heaven always reminds me of you. I wished you were still here so that I could ask for your mentorship and to have awesome conversations again. I will carry you in my heart and I will follow in your legacy. “Anything worth doing is worth overdoing”. I will stay hungry.Report

As a student at the University of Pittsburgh in 1992, I took Prof. Antonelli’s Intro to Logic course. I am very sorry to have learned of his unfortunate death. I think it says something about his good character that I would inquire about him after 30 years. May his memory always be a blessing.Report