Baseball player Yogi Berra — whose birth name was Lawrence Peter Berra — died yesterday. Normally announcements of this sort on Daily Nous are reserved for academic philosophers, but I thought it would be appropriate to note the death of someone who is well known for sayings that have provoked the public to thoughts of puzzlement and paradox — and in such an amusing way.

“I never said most of the things I said.”

“In theory there is no difference between theory and practice. In practice there is.”

“There are some people who, if they don’t already know, you can’t tell ’em.”

“It was impossible to get a conversation going, everybody was talking too much.”

“The future ain’t what it used to be.”

“I wish I had an answer to that because I’m tired of answering that question.”

“If the world were perfect, it wouldn’t be.”

I understand he had some achievements in baseball, too. The New York Times has an obituary. 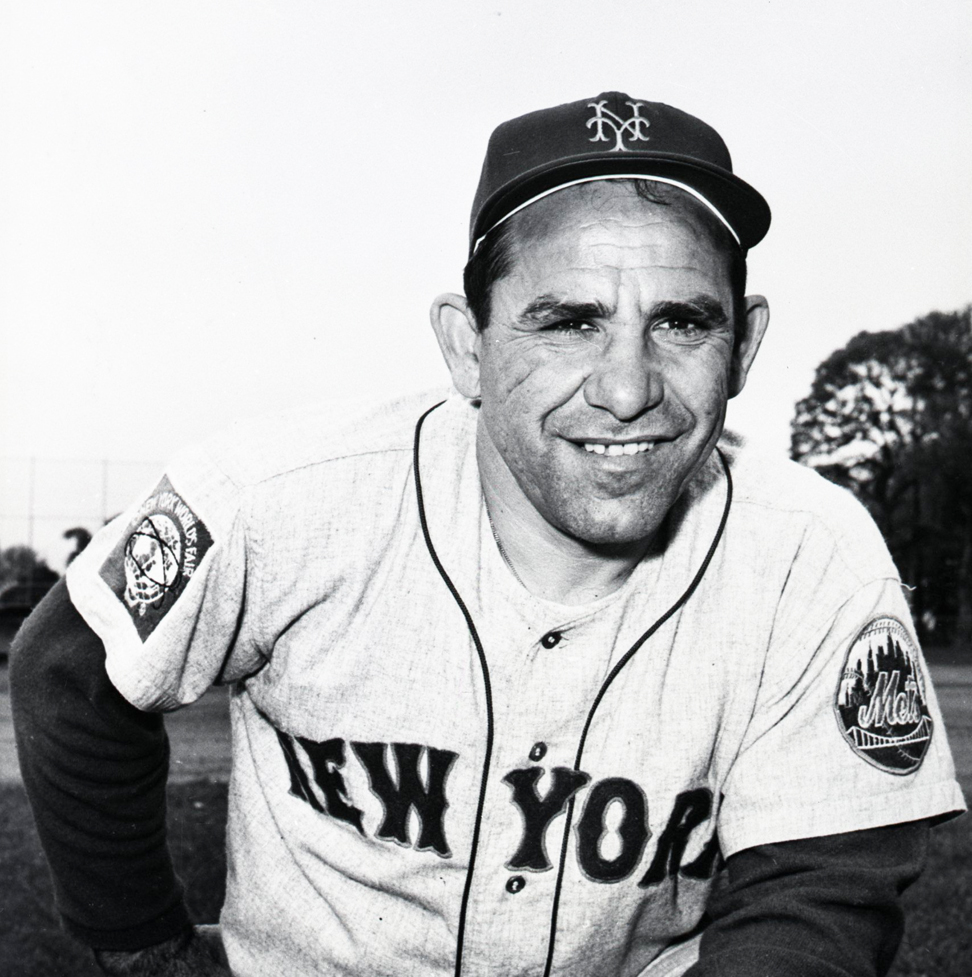 I think he was trying to explain his position on the ideal/non-ideal theory debate with that second quote. And he’s clearly providing his gloss on Reid in the third.Report

I thought the third was his take on the Meno.Report

Nobody liked Berra. He was too popular.Report

The local sports radio station (a source of real information) suggested that Yogi didn’t actually say those things; they were mostly the invention of creative sports writers — and they were more creative in those days. But he was a hell of a ballplayer.Report

Thinking about how to Yogi Berra-tize various philosophers…

Yogi Berra Kant: “If everyone’s doing it and you can’t do it then no one can do it.”

Yogi Berra Parfit: “I haven’t felt like myself all my life.”

Yogi Berra Searle: “You understand that I don’t understand a thing I’m saying.”Report

“The point of life is pleasure. That’s why you should avoid the things that make you feel good.”Report

If you think doing something is hard, try doing nothing.Report

Most of the things I said were true, but some of them were also false.Report

“The only club I’m in is the one that won’t have me as a member.”Report

The greatest good is feeling too good to feel.Report

The simplest things are always the most complicated.Report

“The future ain’t what it used to be.”Report