Michael Martin, professor of philosophy emeritus at Boston University, has died. Martin worked mainly in philosophy of religion, and is known for his defenses of atheism, in such works as Atheism, Morality, and Meaning and various edited collections, including the Cambridge Companion to Atheism. He also wrote a few plays. Following an initial appointment at the University of Colorado, he spent the rest of his career at Boston University. You can learn more about his life here,   (via Adam Omelianchuk) 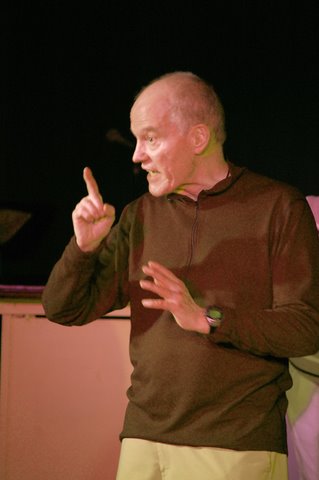 Rest In Peace, Michael Martin. You will be truly missed, but your legacy shall live in your works.Report

Professor Martin was one of the best things about my grad school experience at BU. He taught the first pro-seminar grad students took, and supported us all in that difficult transition to grad study. I took two other seminars from him, one of them especially in phil of social science had lasting impact on me. Yes, he will be sorely missed.Report

This is very late; I had no idea Mike Martin had died. He was a wonderful philosopher, man, and colleague. Totally independent man, completely immovable on matters of principle. A very strange combination: hard core analyst, heavily interested in religion (albeit negatively), who loved to write books. Extremely progressive ex-marine. Quiet and self-contained in person, animated performer on stage and in lectures. One of a kind, literally. And he loved his wife, the philosopher Jane Martin.Report

Professor Martin was a major influence on my thinking. I took three classes with him at BU 1990-1994 and was thoroughly captivated by each. He was a brilliant, ambitious thinker. I think about him frequently.Report