Si-Won Song, a student about to graduate from the University of Puget Sound, has created a series of digital artworks based on well-known philosophical thought experiments. Song, a philosophy major (with minors in studio art and Japanese) first got the idea from reading about Frank Jackson’s thought experiment, Mary’s Room, in Professor Justin Tiehen’s philosophy of mind course. Mary is a scientist who has lived in a black and white room her whole life, learning all of the scientific facts about the color red but never seeing it, until one day… 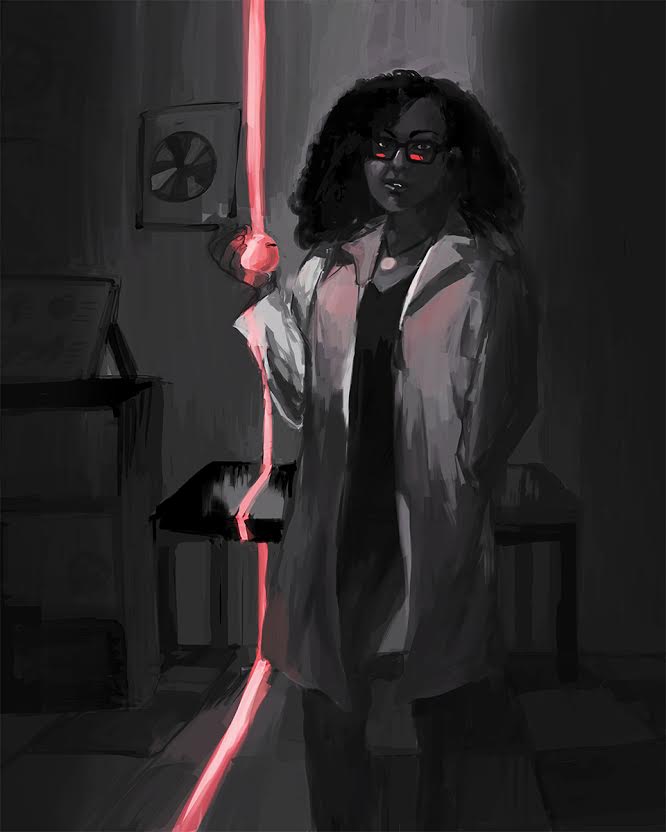 Song created the above, with fellow student Brittney High as the model for Mary. Other students and some philosophy faculty have served as models in the other works. Here’s Professor Tiehen in a painting based on —well look at it first and guess… 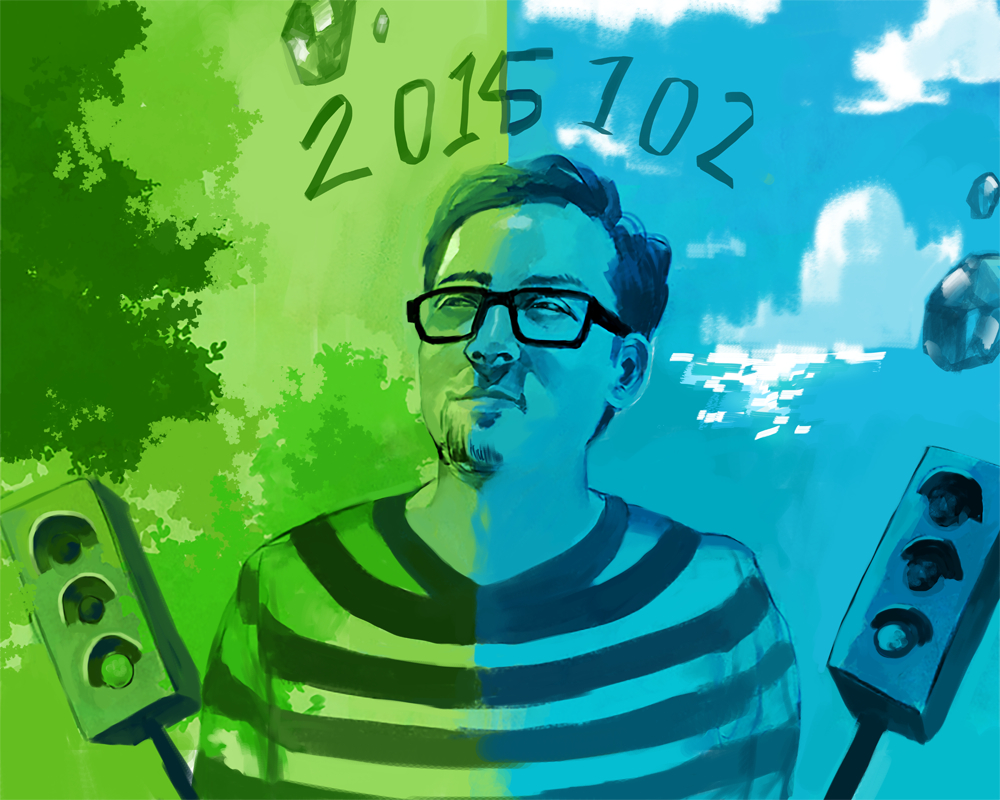 The project started off as a gift idea for all of my professors as a ‘thank you’ for putting up with me for the past four years. With the encouragement and support of my two advisors, it ended up becoming an independent study class, and grew into a larger project that involved the majority of the philosophy department, from faculty to students. This project is by a philosophy student, of people working in philosophy, and about philosophy.

His advisors on the project were art professor Elise Richman and philosophy professor Ariela Tubert. Professor Tubert is featured in this piece on Parfit’s teletransporter case: 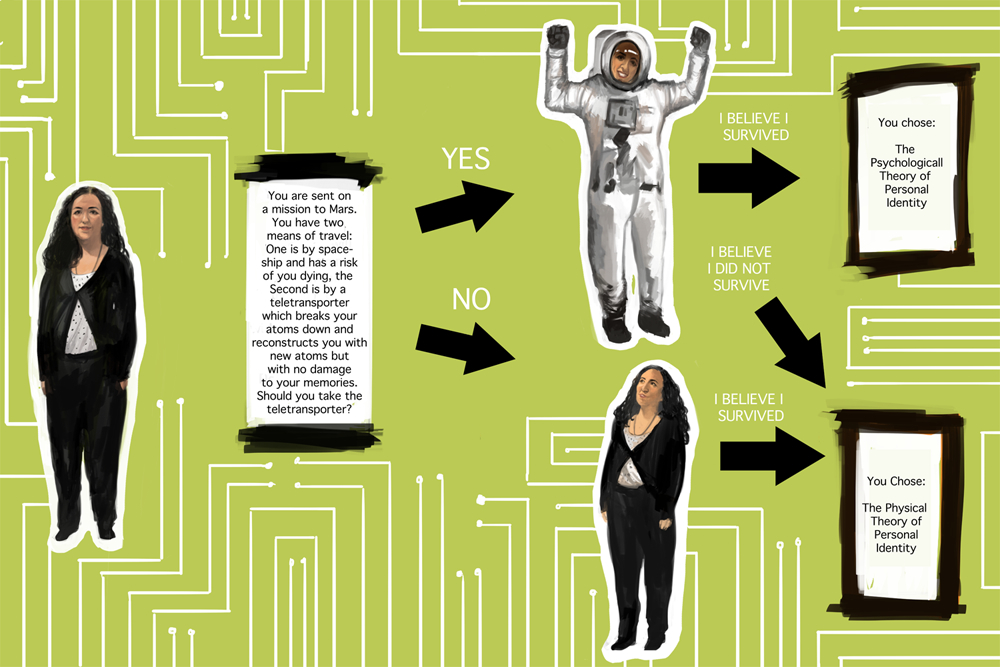 Si-Won and I had discussed the dearth of visual art that engages with philosophy in substantive ways.  There are historical sculptures and paintings like The School of Athens depicting philosophers and much contemporary art is conceptual, i.e., explores socially and politically pertinent ideas but art that visually models philosophical ideas is unique.  Si-Won’s project is compelling.  Each painting features philosophy students and/or professors from the Puget Sound Philosophy Department, thereby incorporating images of individuals who have considered the ideas Si-Won’s paintings envision.  The digital paintings are also quite striking to behold; they draw the viewer in and encourage one to spend time looking and thinking about each image’s content.  Si-Won makes philosophical ideas accessible and appealing.

For descriptions of the various thought experiments, see this excerpt from the exhibition pamphlet.

Here are some more of the images. See if you can guess which ones they are. I’ll put the answers below: 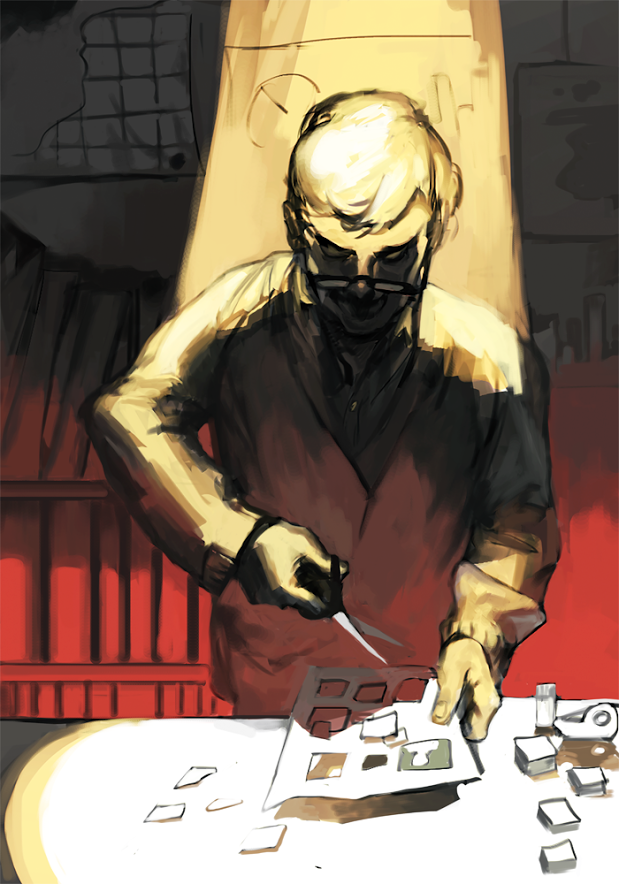 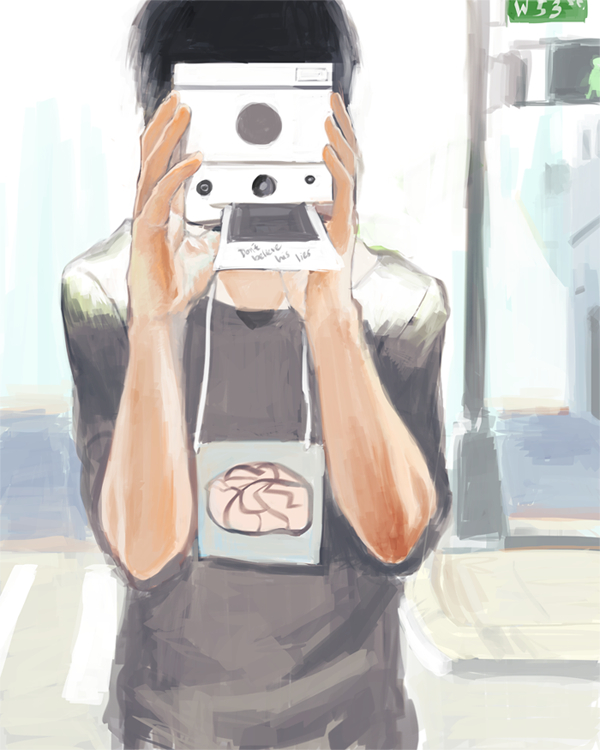 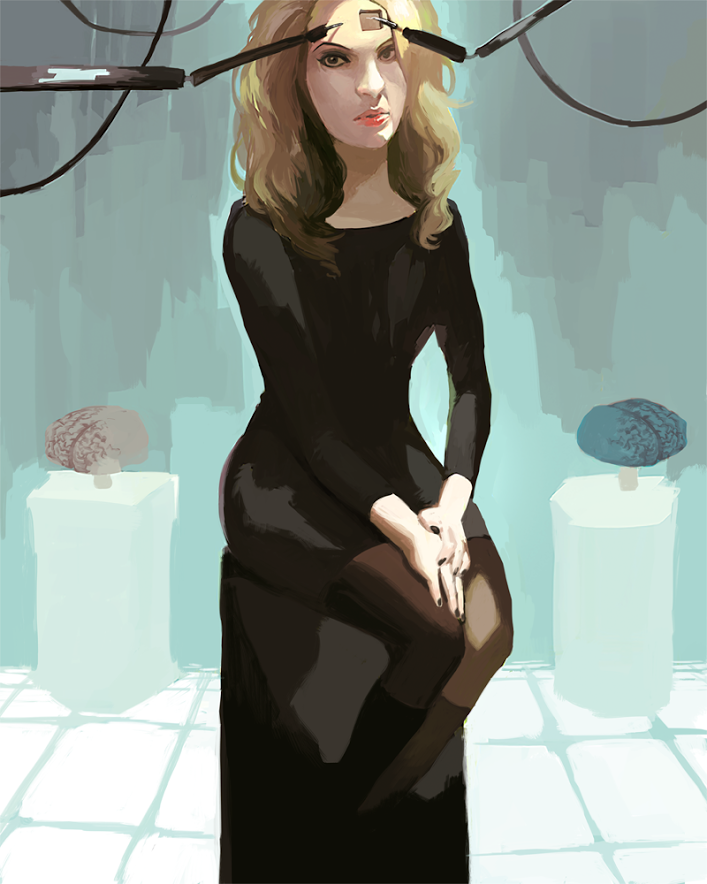 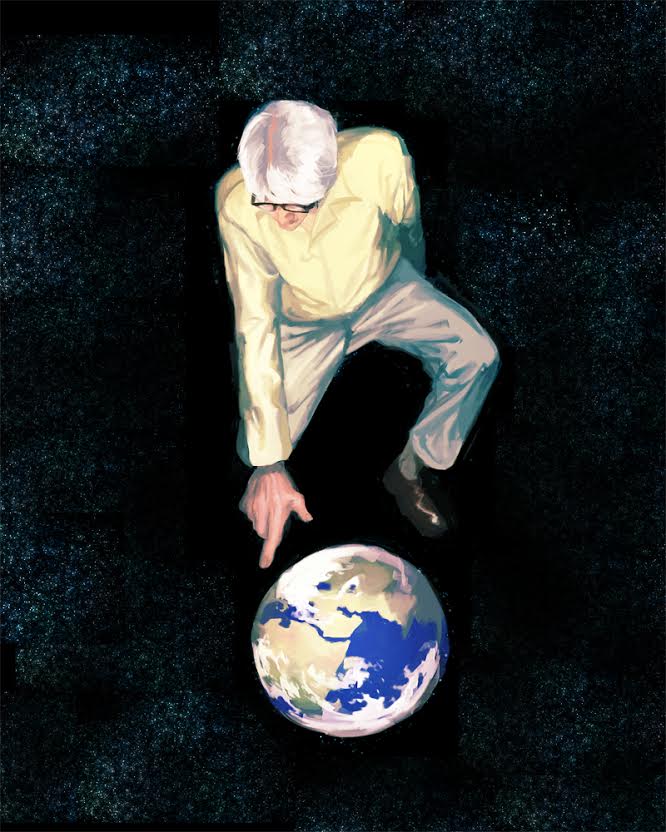 Very nice. I thought 4 was going to be Ned Block inverting the earth :>Report