Peter Ludlow had sued Sun-Times Media, Cumulus Broadcasting, and Fox Television Stations, Inc., for defamation, including describing the sexual assault he has been accused of as “rape.” The lawsuit had been dismissed, and Ludlow appealed the dismissal. The appeal has now failed. The court “affirmed the dismissal of plaintiff’s complaint alleging defamation and false light invasion of privacy.” 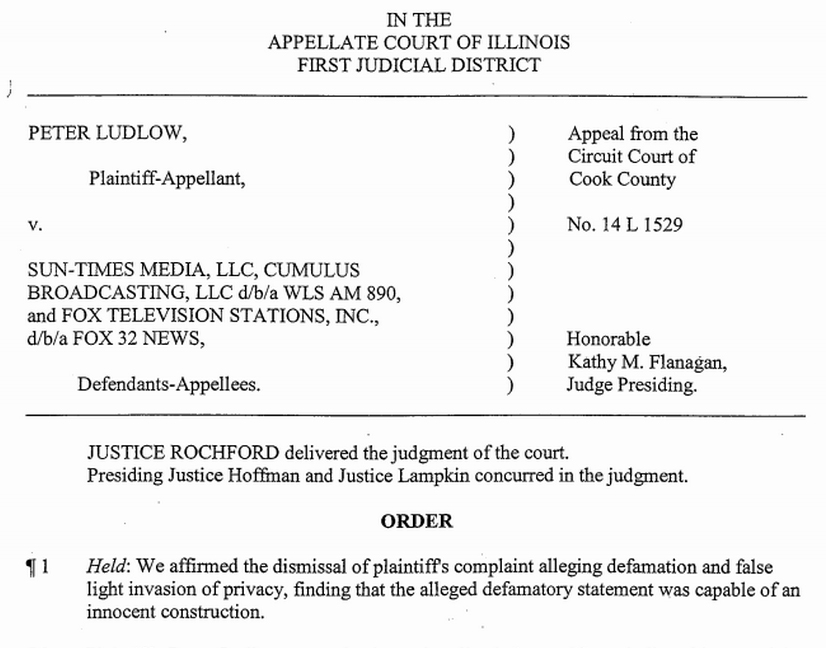 Those interested in reading the whole ruling can do so here.