Bonhams, an auction house, is selling an Alan Turing manuscript in New York on April 13th. From the Bonham’s site:

A key handwritten scientific document by Alan Turing, in which he works on the foundations of mathematical notation and computer science, is to be sold in the Fine Books & Manuscripts sale at Bonhams New York on 13 April. The manuscript is expected to sell for at least seven figures and a portion of the proceeds from Bonhams and the vendor will be donated to charity.

Made up of 56 pages contained in a simple notebook bought from a stationers in Cambridge, UK, it is almost certainly the only extensive autograph manuscript by Turing in existence, and has never been seen in public. From internal evidence, it dates from 1942 when he was working at Bletchley Park to break the German Enigma Code, and provides remarkable insight into the thought process of a genius.

As he writes in his distinctive hand: ‘The Leibniz notation dx/dy I find extremely difficult to understand in spite of it having been the one I understood the best once! It certainly implies that some relation between x and y has been laid down eg, y=x2+3x…’ It was among the papers left by Turing in his will to his close friend and fellow mathematician, Robin Gandy. Turing committed suicide in 1954 as a consequence of the hormone treatment to ‘cure’ his homosexuality which he was undergoing as an alternative to imprisonment.

In 1977, Gandy deposited the papers at the Archive Center at King’s College, Cambridge – Turing’s old college – where they have been available to scholars for research ever since. He did, however, retain one item – this manuscript. In the blank center pages of the notebook, between Alan’s writing, Gandy wrote his dream journal. The contents of the journal are intensely personal, so it is no surprise that he would want to keep the journal private. It remained hidden amongst his personal effects until his death. As he wrote at the beginning of this journal: ‘It seems a suitable disguise to write in between these notes of Alan’s on notation, but possibly a little sinister; a dead father figure, some of whose thoughts I most completely inherited.’

Leading Turing scholar, Andrew Hodges, said: ‘Alan Turing was parsimonious with his words and everything from his pen has special value. This notebook shines extra light on how, even when he was enmeshed in great world events, he remained committed to free-thinking work in pure mathematics.’ …

Cassandra Hatton, Senior Specialist in Fine Books and Manuscripts and the History of Science at Bonhams, said: ‘This manuscript dates from the time when Turing was engaged in the crucial task of breaking the Enigma Code. Its mathematical content gives an extraordinary insight into the working mind of one of the greatest luminaries of the 20th century. This is quite simply one of the most extraordinary pieces I have ever had the privilege to handle.’

Prior to its sale, the manuscript will be on tour by private appointment in San Francisco (February 4-9), Los Angeles (February 12-15), Hong Kong (March 19-22), and New York (April 9-13). More details here. Below are some images from the sale catalog. 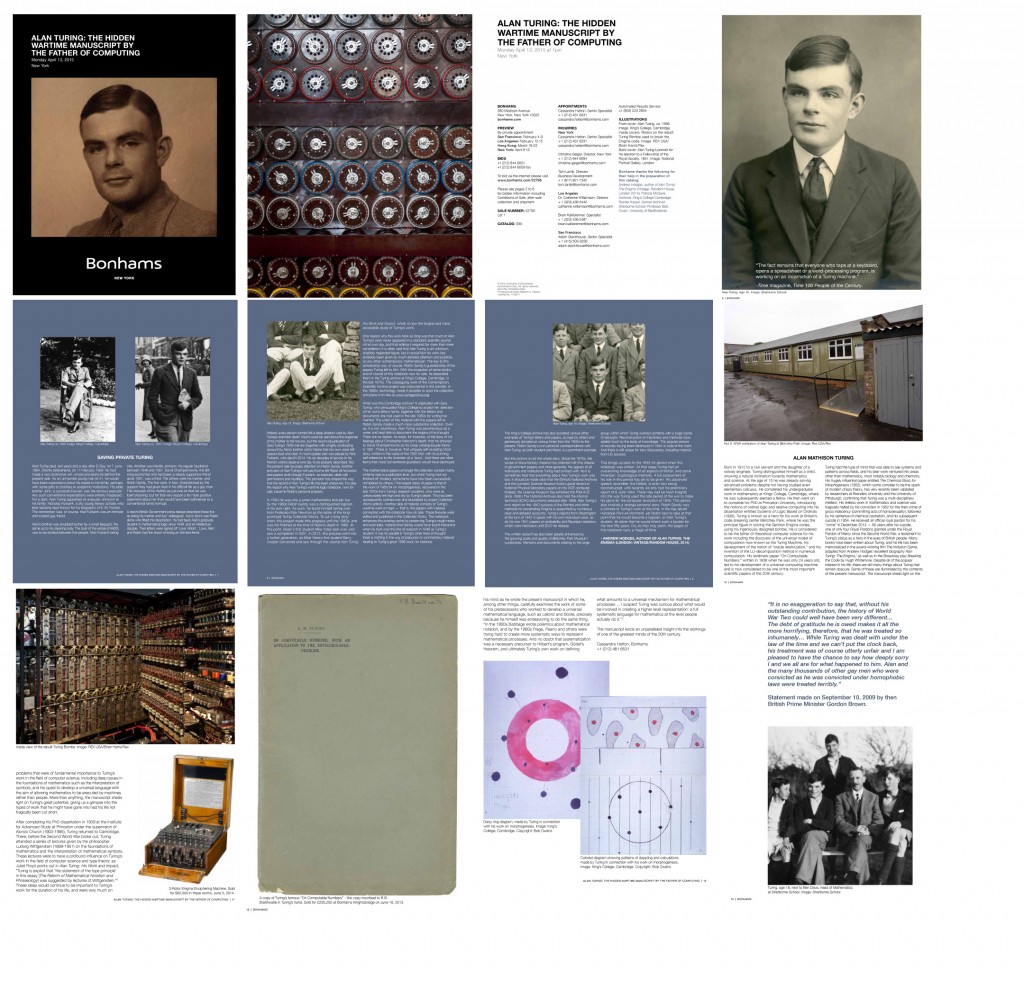 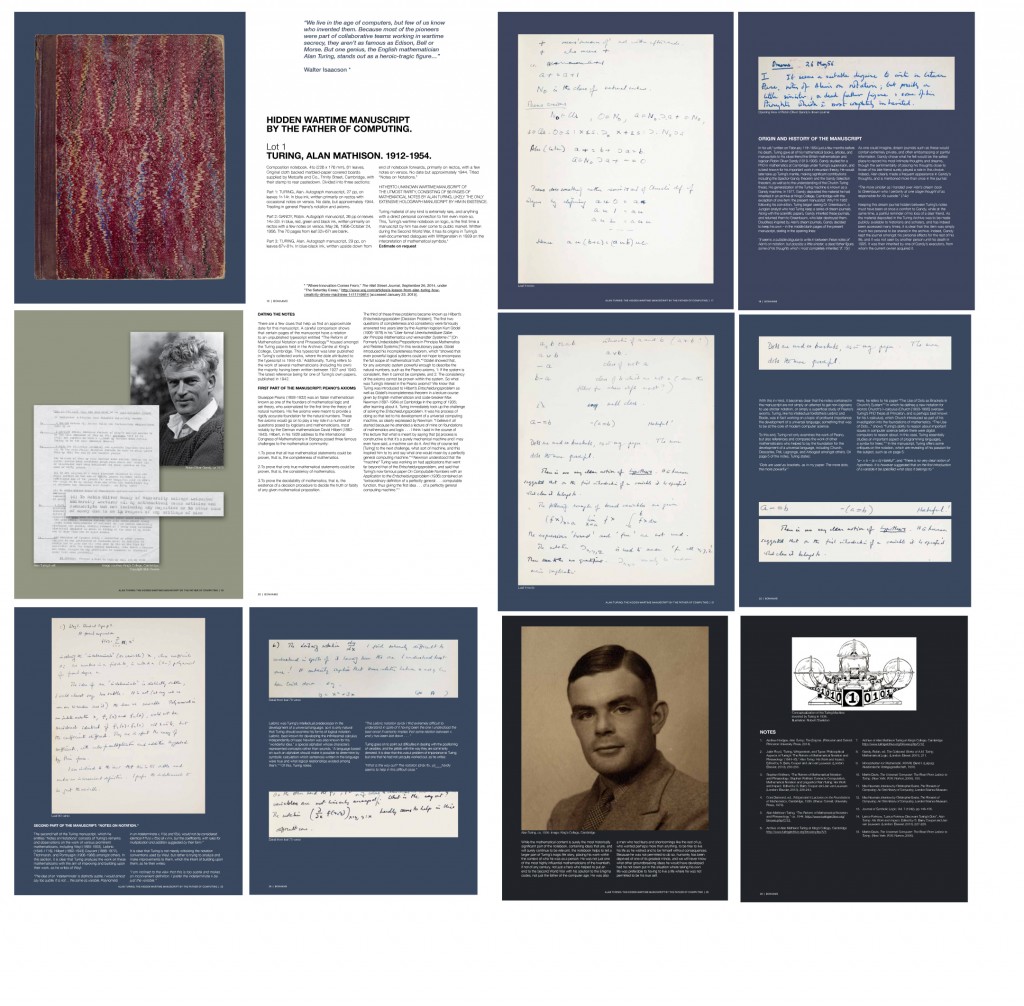 UPDATE (2/10/14): Richard Zach discusses the manuscript and links to a full-sized version of the catalog over at LogBlog.

So, people are going to pay surely 6, probably 7 figures for a manuscript in which Turing debates the merits of the dx/dy notation?Report

Got a better link for the catalog (ie, better pic or full PDF)?Report

I do have a PDF, but it is too big a file for me to post without some complication. I’ll email it to you.Report