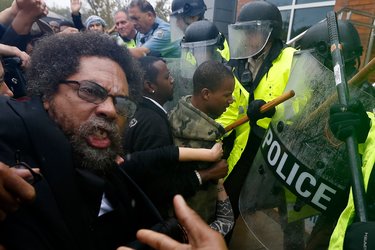 Cornel West (Princeton) was arrested in Ferguson, MO today while taking part in the “Ferguson October” rally, which has been attended by over 1,000 protesters. West said he attended the rally with the intent to get arrested. Details here and here.