To cut a long story very short I’ve extracted the information in the “influenced by” section for every philosopher on Wikipedia and used it to construct a network which I’ve then visualised.

The result is this incredible graph: 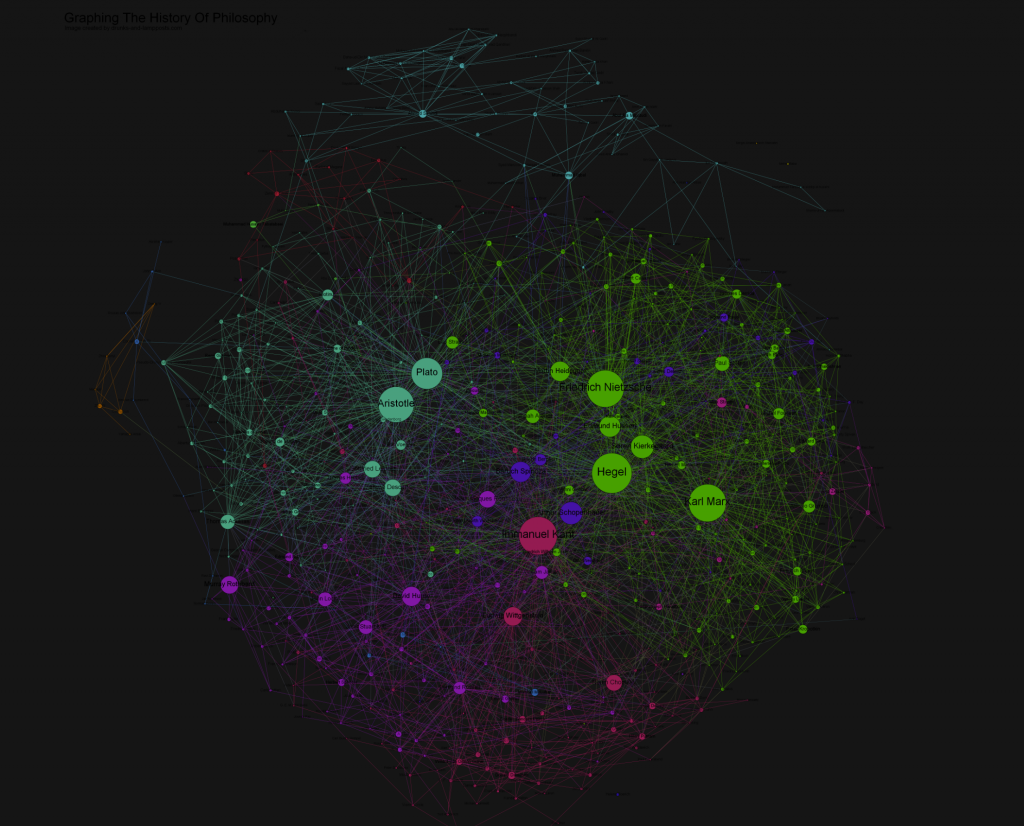 Its creator, Simon Raper, explains how he did it, and how you can do it, in an accompanying blog post.

Brendan Griffen ran with this and created “The Graph of Ideas:” 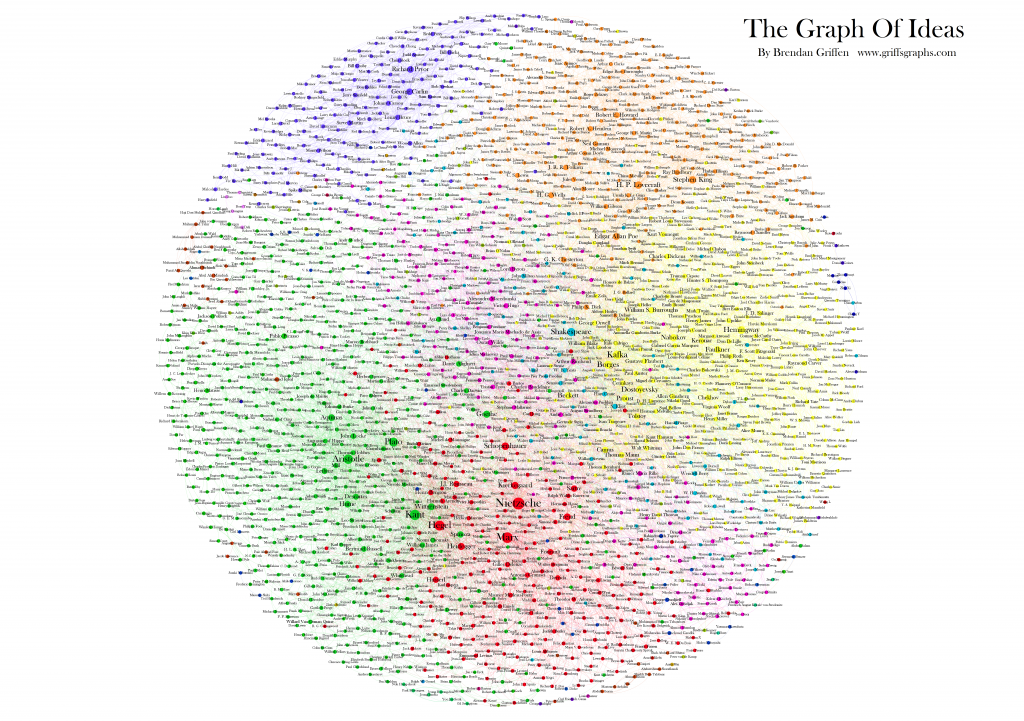 For those new to these types of graphs: the node size represents the number of connections. To create the following graph I used a database version of Wikipedia to extract all the people with known influences. I then scaled the nodes by their degree of influence. The bigger the node, the bigger influence that person had on the rest of the network. Nietzsche, Kant, Hegel, Hemingway, Shakespeare, Plato, Aristotle, Kafka, and Lovecraft all appear as the largest nodes. Around these nodes, cluster other personalities who are similarly related thinkers/authors. I used a module to highlight communities in different colours which revealed sub-networks within the total structure. You’ll notice common themes amongst similarly coloured authors.

There are a number of excerpted detail images from the big graph highlighted in this post, and some updates and further detail about the construction of these kinds of charts described here.

Philosopher Kevin Scharp (Ohio State) has also produced a pair of charts of the history of philosophy which are a bit more selective, sparer, and hence easier to read. He has other illustrations at his diagrams page.

If you know of other helpful visualizations of the history of philosophy, please mention them in the comments.

Some general reflections on visualizing the history of philosophy: http://emto.tumblr.com/post/44875084573/visualizing-philosophyReport